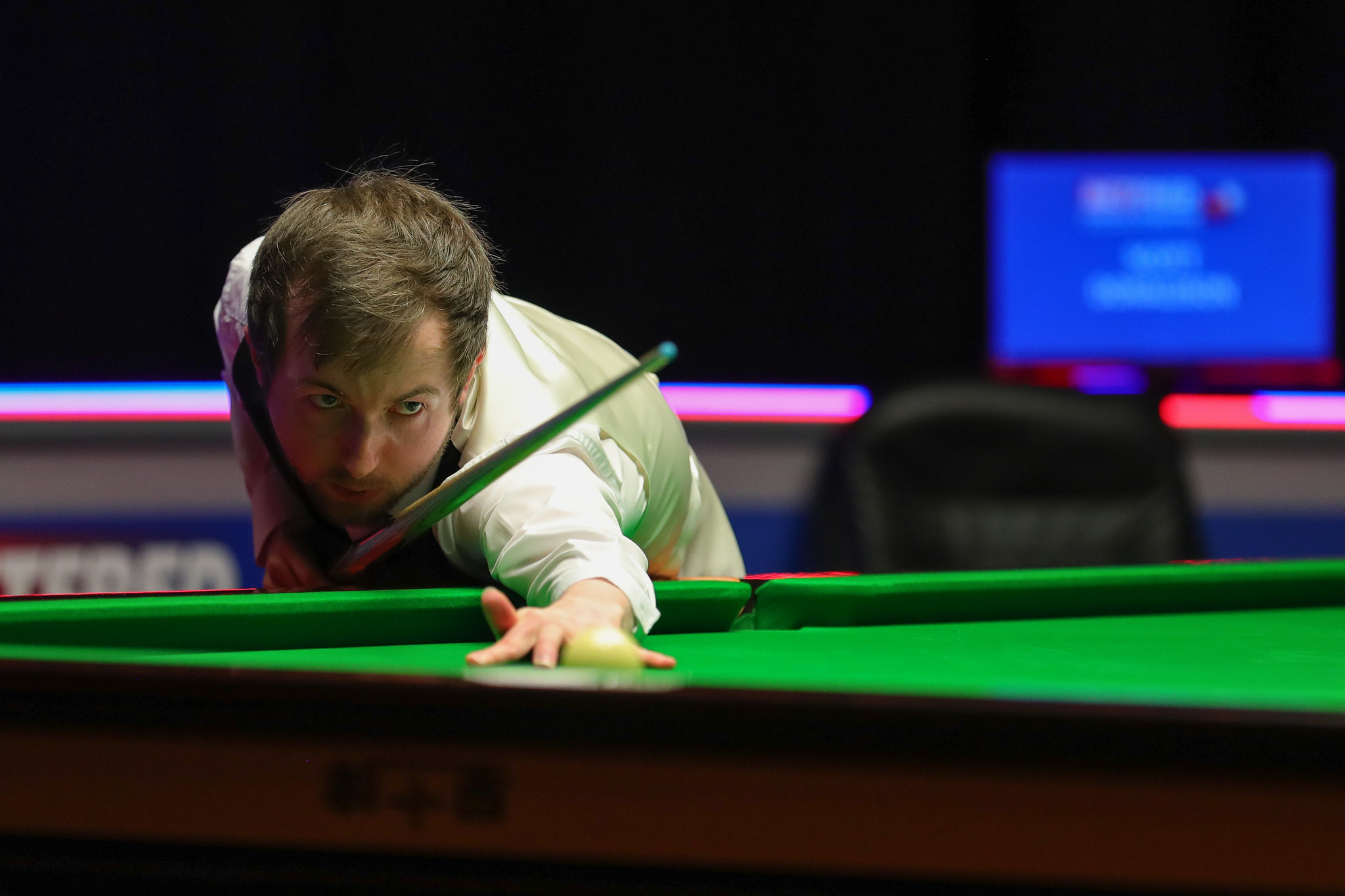 World number 34 Scott Donaldson was handed shock first round tie for the upcoming British Open, when tour debutant and practice partner Dean Young came out of the hat as his opponent for next month’s event at the Morningside Arena in Leicester.

The open draw pitted 27-year-old Donaldson against 19-year-old Young, who he has helped develop over the years by practising with him in the Locarno Snooker Club in Edinburgh.

Young earned his place on the circuit by coming through Q School earlier this year. He was the only rookie to emerge from the event in 2021 and his encounter with Donaldson will be his first knockout match as a professional.

Scott, how did you first get to know Dean and start practising with him?

“I was in the club one day with my dad, who was watching me play. We just noticed this kid on another table and thought he looked good. I think any snooker player can tell by watching if someone they have something about them. I gave him a few frames that day. I don’t know how old he was, he must have been about 10 or 11. Even then, I could see it was there. I think he has surpassed everyone’s expectations so far, but he can definitely keep going. There is no doubt about it.”

“I’ve definitely seen the development. It’s a lot harder for me to beat him now. He’s really improved a lot. Down the road at tournaments is a different scenario, with all of the pressure that is involved with that. However, up at the club he’s a great player and good to practise with. He’s quick and fluent and he sees the shots instantly. I think he’s got a bright future. I genuinely think he can do very well.

“I’ve been trying to help him as much as I can and give him some tips. He’s done really well and I think it will be a good learning curve for him to be on the professional tour now. I can’t see him losing to people he shouldn’t lose to. I hope he does well because he is a good lad.”

“Absolutely. I think this is my 10th year on the professional tour and it definitely can get a little bit monotonous. You are just doing the same thing for year upon year. To have this thing of seeing Dean develop on the side has been very refreshing. I take no credit for it because Dean is the one potting the balls, but I think that I’ve helped as much as I can and it is really nice to see him doing well. I wouldn’t say he has a chance of doing well on the tour if I didn’t believe it.”

He has also said one of the things he has learned from you is the temperament he needs to succeed. Have you seen improvement in that department?

“When he watches me as a professional, I think he can see that if you are doing this for a career you have to take things for what they are. It can sometimes be the case in snooker that the less you try the better you can do. He has been very good at picking up little things over the years, both technically and mentally. Maybe the temperament has been one of the things. I’ve not really spoken to him about it, but maybe he has take it on board.”

How did you feel when you found out that you had been drawn to face Dean?

“I never actually knew, because I was on my way to the club when it came out. Ben Woollaston phoned and asked me who I thought I’d drawn. I thought it must have been Ronnie O’Sullivan and he said it was worse. When he told me it was Dean I thought he was winding me up. Dean texted me straight away and asked if he was still allowed to play on my table. I told him no! Obviously that was just a joke though. I genuinely think we will both enjoy it. If I take the car down I might even give him a lift as well. It’s a game of snooker, it’s not as if we are about to take part in a boxing match. I’ll enjoy it regardless of whether he beats me or not. It will be something to enjoy.”