Judd Trump fired centuries in the last two frames as he came from 3-2 down to beat Michael Holt 4-3 in the first round of the matchroom World Grand Prix.

Holt had a clear chance to knock out the world number one in frame six, but narrowly missed a tricky red on a break of 27, and that proved the key moment as Trump stepped up to the plate. He goes through to the last 16 to face Stuart Bingham. 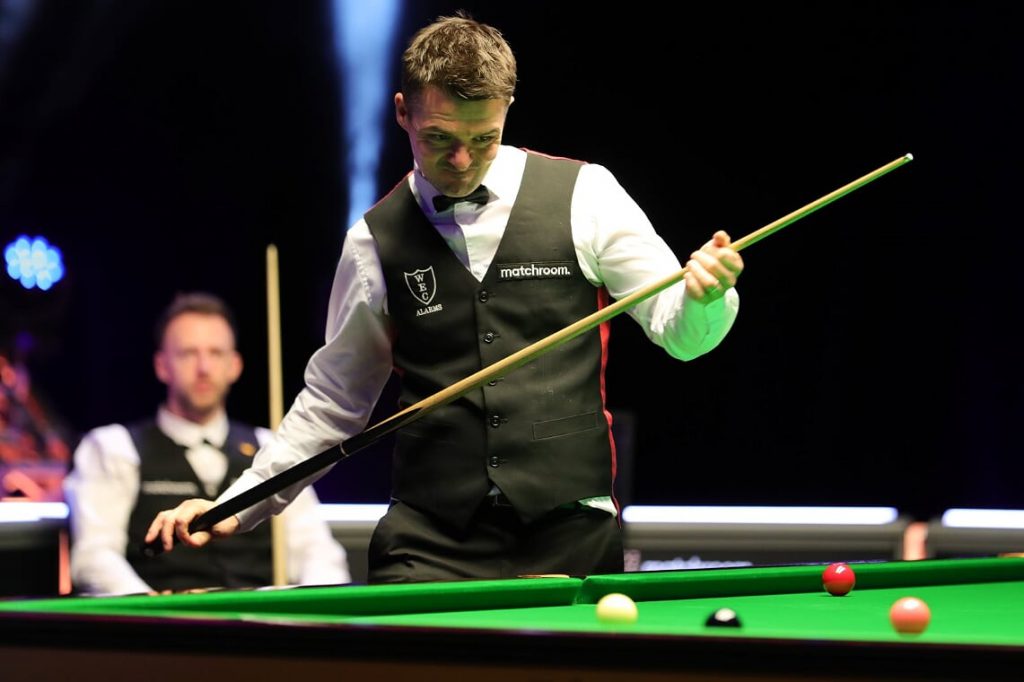 Trump has already won two titles this season and looks to have shrugged off the disappointment of losing the Betway UK Championship final against Neil Robertson nine days ago.

But he was pushed to the limit today by world number 27 Holt, who compiled breaks of 136 and 78 to lead 3-2. If Holt had dropped a difficult red into a centre pocket in the sixth frame he might have gone on to win, but instead he had to watch Trump rattle in runs of 107 and 109 to book his second round place in Milton Keynes.

“It was a tough game from the start, he made things hard for me,” said Trump. “He had a chance at 3-2 and he was a bit unlucky. I had to dig deep and make two good breaks to finish it off. Michael can take a lot of credit for how he performed because I had to play my best to get over the line. He just needs to keep giving himself those chances and eventually he’ll break through.”

China’s Ding Junhui looked at the peak of his powers as he whitewashed Jak Jones 4-0. After a run of 73 in the opening frame, Ding made a 137 in the second – the new front runner for the £10,000 high break prize.

Ding came from 48-0 to take the third frame, then in the fourth he potted ten reds with blacks before missing a mid-range pot on the 11th red on 80. He now meets Zhou Yuelong or Hossein Vafaei.