Dunn's Love Of Snooker Strong As Ever

Mike Dunn hopes he still has plenty to offer to snooker, having retired from the pro game after a 29-year career. 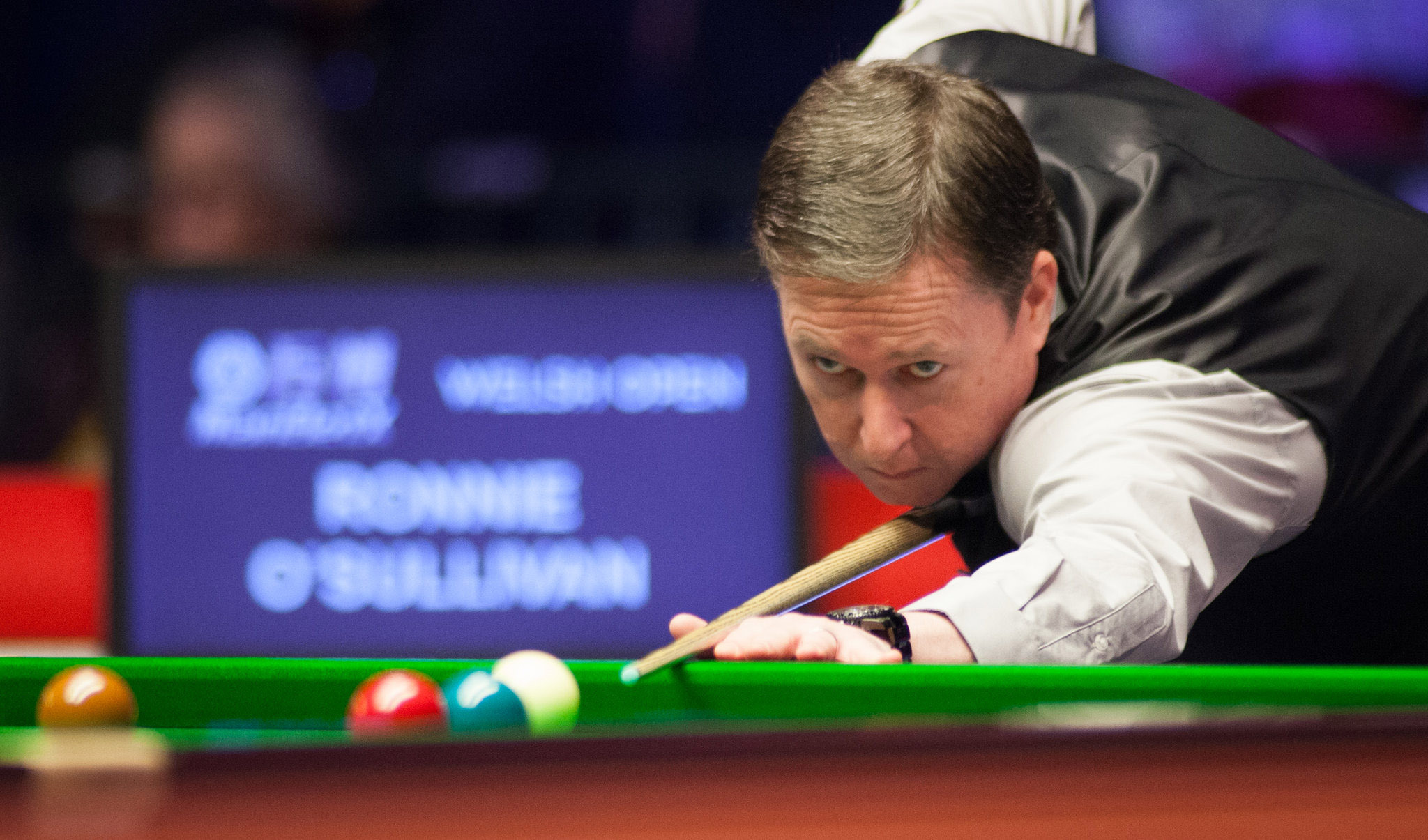 Dunn dropped off the tour at the end of last season and decided to call time on his career, having suffered from a range of injuries.

But his life remains intertwined with the sport as he runs the Q House Academy in Darlington, coaches young players and is a member of the WPBSA Board.

Dunn names his career highlight as playing at the Crucible in 2002. He came through five qualifying matches that year, the last of which was a 10-9 win – from 5-1 down – against Billy Snaddon. At the Theatre of Dreams he rallied from 7-1 down against Matthew Stevens before losing 10-6.

The 48-year-old from Redcar made a 147 during the 2011 German Masters qualifiers. And he has reached three semi-finals – most notably at the 2014 China Open in Beijing when he knocked out Mark Selby in the quarter-finals before losing 6-0 to Ding Junhui. 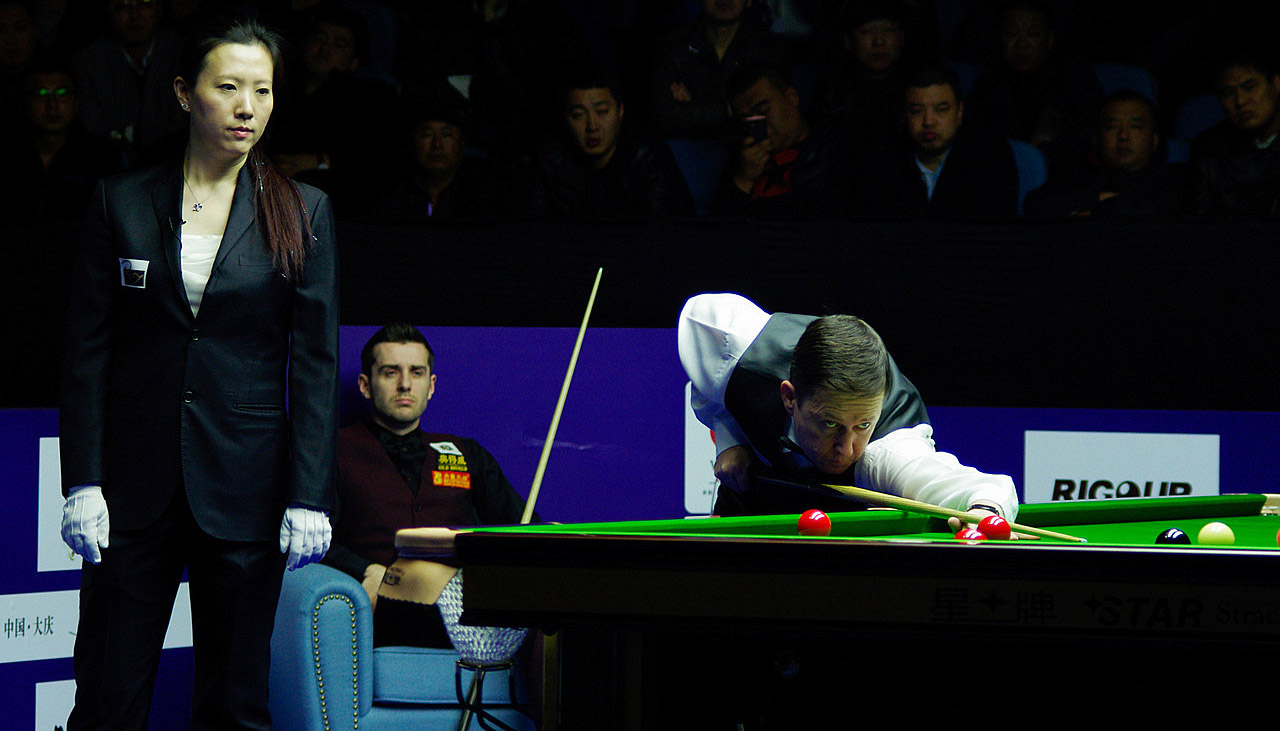 Beating Mark Selby in Beijing in 2014

Much of Dunn’s career has been blighted by injury, and he had no hesitation on calling it quits at the end of last season.

“I should have done it three or four years ago because I have been playing at 50 per cent and not able to practise,” he said. “I am in pain with severe nerve damage in my body, particularly my back, my neck and my shoulders. I was told that if I carry on I could end up in a wheelchair. Now that I am not playing, it’s great to have a normal life where I am not in any pain.

“It’s just wear and tear and thankfully there’s not a lot of bone damage. I’ve had a few operations trying to put things right. It was the same with Peter Ebdon, he could have had a big operation on his spine which might have allowed him to keep playing, but there’s no guarantee that won’t make things worse.

“I’ve had 29 fantastic years so I am finishing with a good feeling about my career. I am very grateful for the time I have had  as a pro, and proud of keeping my place on the tour for a long time. I haven’t won a tournament but I don’t think I was good enough to do that. I certainly have no regrets, because I have only been able to practise a certain amount for most of my career, even when I was 20 years old I couldn’t play for a full day without pain.”

Looking back on his 2014 China Open run, Dunn said: “I needed a good run in that event to save my tour card. When I played Ding I didn’t care whether I’d win or lose, because I knew I’d kept my place on the tour and I was overwhelmed by that. I regret that because I should have given that match everything to try to win. I’m not saying I would have beaten Ding, but I missed chances and at least if I had got three of four frames on the board, I would have been prouder of that.” 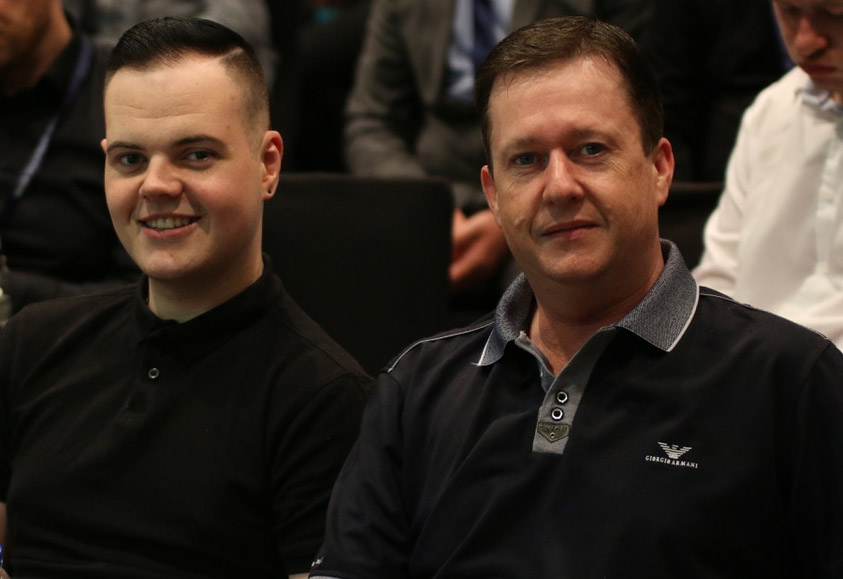 Now that he has stopped playing snooker, Dunn will spend more time working on it than ever. He manages the excellent Q House Academy, home to the likes of Thepchaiya Un-Nooh, Zhou Yuelong, Sunny Akani and Yuan Sijun, and has a coaching role with young players such as Elliot Slessor. He sits on the board of the sport’s governing body, alongside Jason Ferguson, Nigel Mawer, Ken Doherty and Peter Lines and also enjoys the odd stint of television commentary.

“I am so grateful and I’ve never been happier in my life,” said Dunn. “I’m really busy doing things that I love. It’s a different way of life, I’m not missing playing snooker at all and I haven’t got the pressure of having to win matches. It’s great to give back to a sport which has been so kind to me, and help younger professionals and juniors at the academy to come through.

“I have to applaud Barry Hearn, Jason Ferguson and the teams behind them because what they have done for snooker is outstanding. I have been on boards in the past who didn’t have the vision that these guys have got. Snooker has never been in a better position.”