Ronnie O’Sullivan holds a 5-3 lead over Mark Selby after the first session of their Betfred World Championship semi-final.

The much anticipated clash between two of snooker’s all-time greats has not lived up to expectations so far, with both players making mistakes, but it is sure to be an intriguing battle over the next two days. 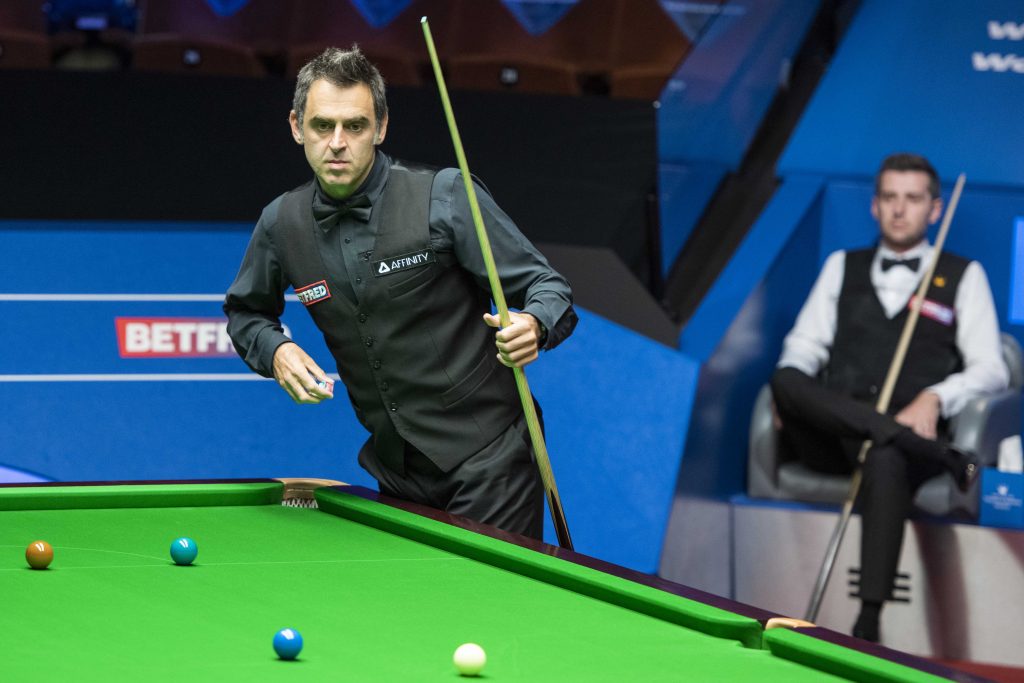 Three-time champion Selby has won both previous meetings with O’Sullivan at the Crucible, in the 2010 quarter-finals and the 2014 final. The latter was the last time that O’Sullivan appeared in the one-table situation in Sheffield.

Selby had first chance in the opening frame and missed a red on 31, letting his opponent in for 59 which helped him go 1-0 up. The key moment in the second came when Selby missed an attempted plant on a red on 39, and O’Sullivan took advantage to double his lead. Leicester’s Selby took a scrappy third thanks to an excellent pot on the last red to a top corner.

In frame four, Selby was on 34 when he missed a red to a centre pocket, and five-time champion O’Sullivan made an 84 to lead 3-1 at the interval. Breaks of 51 and 79 saw the Rocket go further ahead. Frame six came down to the last red and a failed attempt at a long pot from O’Sullivan allowed Selby to claw one back.

A run of 58 helped O’Sullivan go 5-2 ahead and he looked huge favourite to win the eighth when he led 51-0 with the remaining balls in unpromising positions. But gritty Selby edged back into the frame and eventually converted a superb pot on the last red and cleared to narrow the gap to just two overnight.

They play eight more frames on Thursday from 2.30pm, with the third and fourth sessions on Friday. First to 17 frames goes through to the final to play Kyren Wilson or Anthony McGill.