The qualifying rounds of snooker’s Betfred World Championship will take place from July 21st to 28th at the English Institute of Sport in Sheffield.

All tour players seeded outside the top 16 will need to make it through the qualifiers to earn a coveted spot at the Crucible Theatre, for the final stages which will run from July 31 to August 16.

There will also be 16 players invited by the WPBSA to compete, bringing the field for the qualifying rounds up to 128.

WST and the WPBSA are working closely with the UK Government to assist players coming from outside the UK in regard to visas, quarantine and travel issues.

Despite the current challenges which sport faces globally, total prize money for the 2020 Betfred World Championship remains at a record £2.4 million, with the winner to receive £500,000.

There is a new structure for the qualifiers this year, as follows:

The 16 players invited by WPBSA will join players seeded 81-128 in Round One. Those 64 players play each other, with the 32 winners going into Round Two.

Round Three: those 32 winners will face players seeded 17-48.

Round Four: those 32 winners play each other, with the 16 winners going through to the Crucible to face the top 16 seeds.

All matches will be best of 11 frames, up until Round Four which will be best of 19. Playing the first three rounds with a best of 11 frame format allows those matches to be completed in a single session and therefore minimises the risk of breaching social distancing guidelines for the safety of players, officials and crew. Details of the format of Round Four, known as Judgement Day, will be released soon.

WST Chairman Barry Hearn said: “We are delighted to stage the qualifying rounds at the English Institute of Sport as we know from many years of experience that it is a fantastic venue. We look forward to working with the venue to ensure that the health and safety of our players and officials is the highest priority throughout the event. We have already proved that we are at the forefront of sport by staging events in the current conditions. 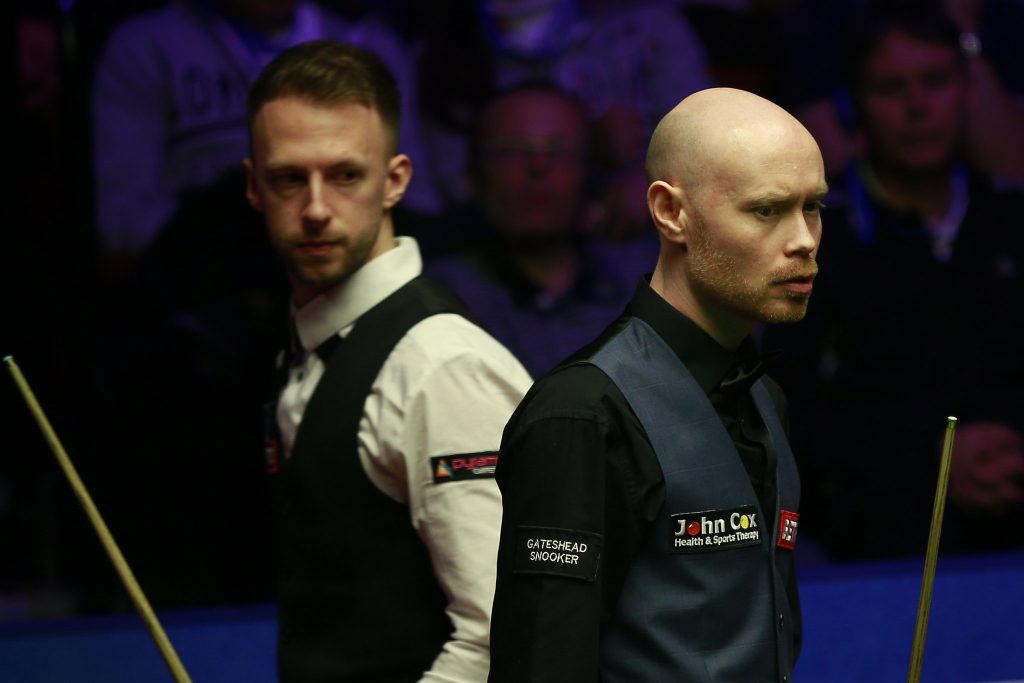 Last year, Gary Wilson came through the qualifying rounds and went on to reach the semi-finals at the Crucible

“Alongside the WPBSA we are already doing all we can to give as much assistance as possible to players coming from overseas. We want to see a full and international field.

“The Betfred World Championship, our biggest tournament, starts from the first ball struck of the opening qualifying round. Everyone dreams of a place at the Crucible, from legends like Jimmy White and Ken Doherty to exciting young talent. The drama of the final round, when places at the Theatre of Dreams are on the line, can barely be matched.

“This is another important step in the right direction as our tour gets back on track. While fans will not be able to go to the venue, we expect a further exciting announcement shortly on how fans will be able to watch the live action.”

Councillor Mary Lea, Cabinet Member for Culture, Parks and Leisure at Sheffield City Council said: “Sheffield and the World Snooker Championship go hand in hand. The tournament is an annual highlight of our rich sporting tapestry, so we are thrilled that WST have been able to adapt and overcome the challenges that COVID-19 presents, to allow this global event to take place here in its rightful home.

“I’m certain that the world’s best players will still deliver just as much excitement, tension and skill to keep everyone on the edge of their seats, starting with these all important qualifiers in July.”

Fans who had bought tickets for the qualifiers will automatically receive a full refund within seven to ten working days. Any fans not receiving a refund within this time frame are advised to contact their ticket provider.

The draw and format of the event will be announced in due course.

The Betfred World Championship is supported by Sheffield City Council.