Promising amateur Dylan Emery took advantage of a late call up into the Nirvana Turkish Masters qualifiers as he beat Alfie Burden 5-0 to earn a place in the final stages.

Match schedule / How to watch

Welshman Emery was on standby for the event and got the call on Tuesday afternoon to let him know that Robbie Williams had pulled out and he would be on the baize in Leicester on Thursday.

Against Burden he fired top breaks of 122 and 76 as he progressed to the last 64 of the new world ranking event. The final stages will run from March 7 to 13 at the magnificent Nirvana Cosmopolitan Hotel in the beautiful location of Antalya. 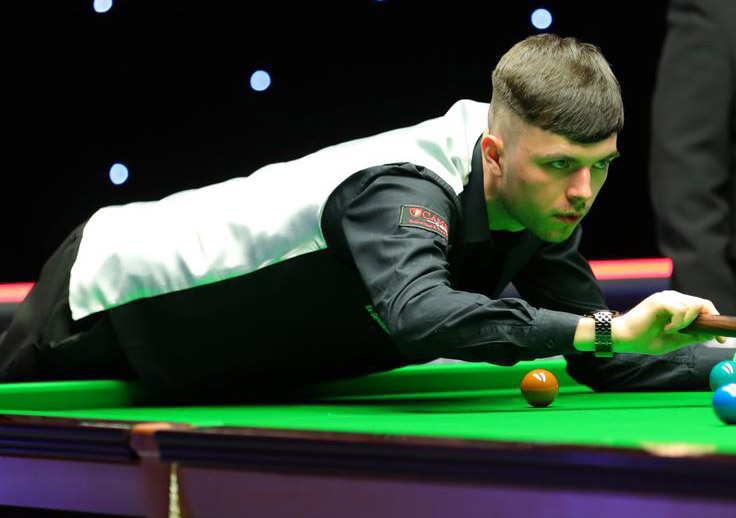 The times they are a changin….Dylan will graduate to the pro ranks later this year

“It was the first pro match over a longer distance, a best-of-nine, that I have been involved in. Before it was best-of-sevens at the most,” said 20-year-old Emery, who won the European Under-21 Championship last year and will turn pro for the first time when the 2022/23 season gets underway.

“I have been given a few wildcards in the past, like at the Welsh Open last season, but this is a huge win for me. I want to be playing in tournaments like this and getting some wins to be the norm, and hopefully when I take my place on tour in the summer that will be the case.

“I am very excited about turning pro later this year, it is what I dreamed about since I was a kid. I can’t wait, ever since going to watch the top players play live in Cardiff.

“I have been to Turkey once as a kid, we went there on a family holiday – but this will be a bit different.”

David Gilbert suffered a surprise 5-4 reverse against Cazoo UK Championship quarter-finalist Andy Hicks. In a high quality match, Gilbert made five breaks over 50 but couldn’t shake off his opponent. Hicks eventually came from 63-4 down in the decider to snatch it with a superb 61 clearance.