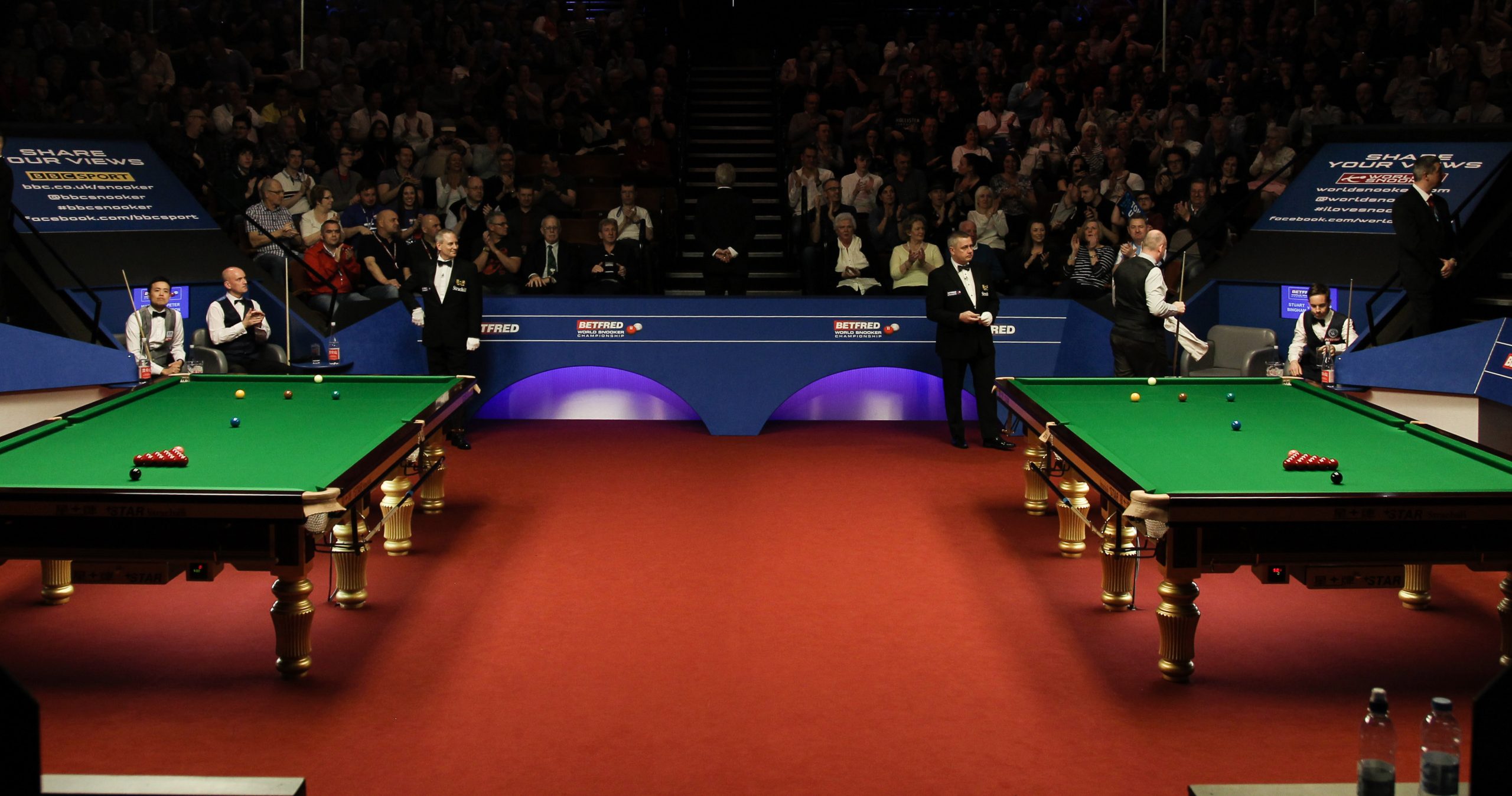 Whether it be the Old Course at St Andrews or Centre Court at Wimbledon, every sport has its spiritual home. When a snooker player steps out at the Crucible Theatre they know they are treading on hallowed territory…

To compete at the Betfred World Championship for the first time is mentally demanding in its own right, but players must also overcome the unique pressures associated with playing at snooker’s Theatre of Dreams.

Many players have wilted inside the Crucible cauldron. However, James Cahill made one of the most emphatic debuts possible at last year’s event.

By qualifying, he became the first ever amateur to reach the final stages of the World Championship, securing his professional status for this season in the process. He faced the colossal task of competing against five-time Crucible king Ronnie O’Sullivan in the opening round.

Cahill stood on the edge of completing one of snooker’s greatest upsets when he led 9-8. The Blackpool cueist showed nerves of steel to craft a match winning break of 53 to complete a famous 10-8 win.

“I watched the draw at home with my mum. I remember I said in an interview I would like to draw Ronnie and I told her that I was bound to get him now. That was exactly what happened,” said 24-year-old Cahill.

“Playing Ronnie at the Crucible, it doesn’t matter if it is the first round or the final, it is a great occasion. To beat him was even better. If I am honest, to be playing at the Crucible for the first time I didn’t really know what to expect. So I was almost better off facing the best player and going against him. That was my attitude, I wanted to see how good I was and if I could handle the situation.

“The main emotion when I won was relief. I’ve always said that I believe in myself and I think to clear up with that break in the last frame shows a lot. It is just about being consistent and doing that more often I guess. When I am in the back rooms at smaller events, I can tend to over analyse things. Against the top players at the big tournaments you know you need to play well and make those one-visit clearances.

“It is the best place I’ve ever played snooker for sure. It is a lot smaller than what I thought it would be. I remember people moving the ton up signs while I was playing shots and getting in my eyeline. I think you either love it or you hate it. I’m glad that I enjoy it and I can’t wait to qualify again and get back there.”

Even at that stage Murphy harboured ambitions well beyond simply appearing at the Crucible, although he admits to feeling the pressure of facing one of snooker’s greatest on its grandest stage.

Murphy said: “I remember being backstage while we all waited to be introduced into the arena. I was shaking like a leaf and I’d never been so nervous. It was like watching skydivers jump out of a plane before your turn. Alan Hughes, the MC at the time, calls your name then you go. I was so nervous that when I went to pour my water into my glass, I missed and spilled it all over the set. When Stephen Hendry was announced, the roof was lifted off the Crucible and it was like God himself had walked into the room and come among us. I remember thinking that I was in so much trouble. In the end I lost 10-4, but it was a good experience.

“Growing up my goal was never to just be a professional or win tournaments, it was to be World Champion. That is what I strove for from ten years of age. Sometimes you see a lot of lads on the tour who have come through Q School and they are happy to be on the tour, that is their Everest. The ultimate goal is different for everybody.”

One of the most memorable Crucible debuts saw Andy Hicks reach the one-table setup, by making the semi-finals in 1995. Having beaten Martin Clark 10-9 to clinch his place at the Crucible, Hicks also faced prestigious opposition in the opening round by drawing six-time World Champion Steve Davis.

Hicks secured a superb 10-7 win over Davis, before victories over Willie Thorne and Peter Ebdon booked his place in the last four. His run was ended with a 16-11 defeat against Nigel Bond. The Devon cueman believes that an early trip to the Crucible to adapt to his surroundings was crucial for his success.

“Steve Davis had been there and done it, while I had never been there before,” said six-time ranking semi-finalist Hicks. “I went there a few days before I played to get used to the place. The Crucible is an amazing venue and different to anywhere else we play. You are crammed in, you are right on top of your opponent and the crowd is right on top of you. I think it was important to be there early, have a look at the arena and get used to it.

“I wasn’t prepared for the amount of media attention. When I reached the semi-finals they started coming out with scenarios, like me potentially being the first qualifier since Terry Griffiths to win it. I didn’t really want to hear those things. I beat Peter Ebdon in the quarter-finals at about 3:30am, had to do two hours of press and radio interviews and was playing the next day at 1pm. It did take it out of me a bit and I struggled in the first session of that semi-final. The World Championship is a gruelling event.”

Hicks regained his professional status at Q School this season and the 46-year-old admits that attempting to qualify for a return to the Crucible is high on the agenda for the remainder of his career. He will face 12-time women’s World Champion Reanne Evans at qualifying next week.

“Getting back to the Crucible is certainly a big goal for me,” said Hicks. “It would be really nice to go on an extended run at a tournament and if it was the Crucible it would be great.  It’s the World Championship, the pinnacle and why we start playing in the first place. The Crucible is a very special place to play at.” 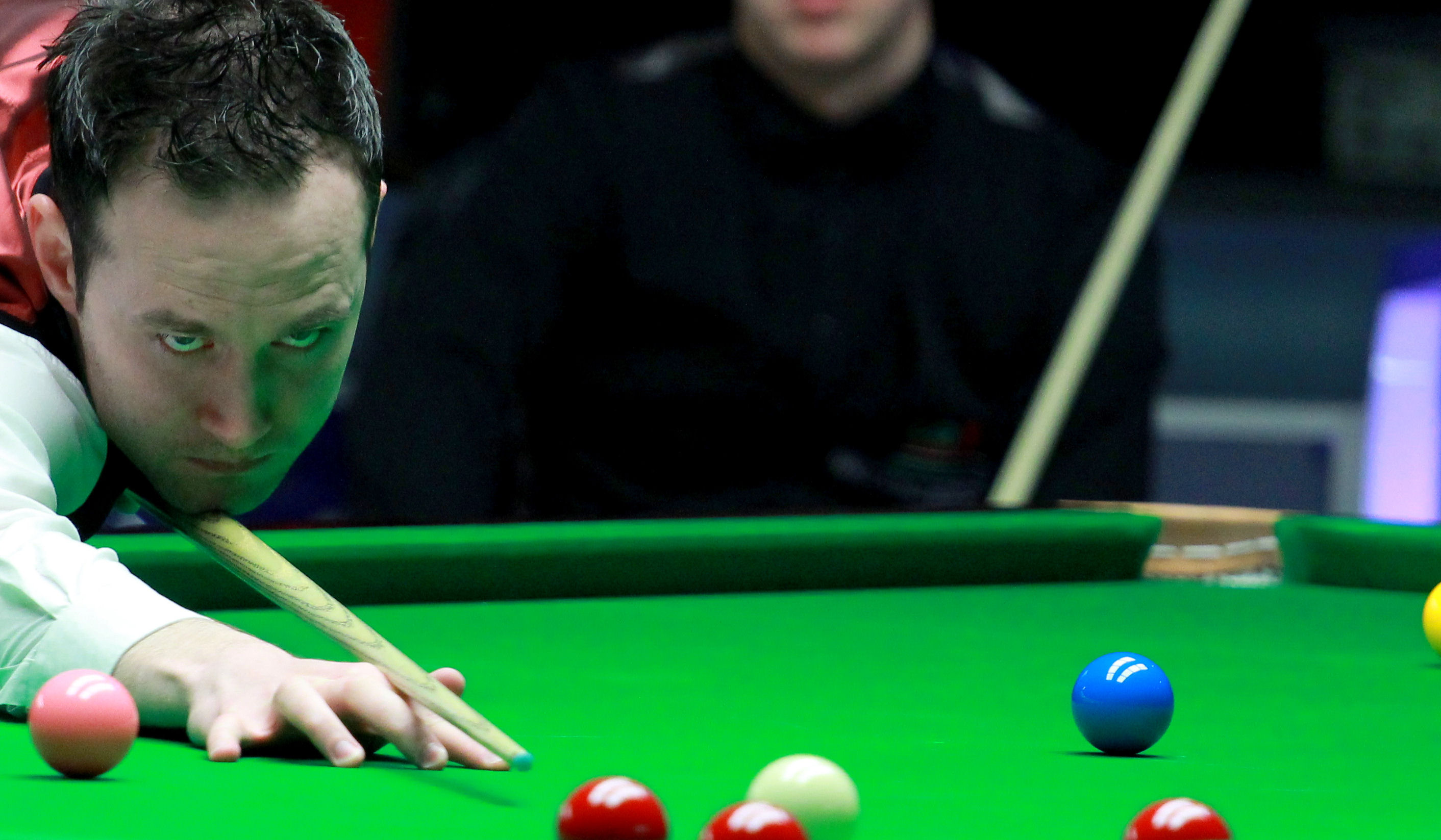 One player aiming to reach the final stages of snooker’s biggest event for the first time is world number 33 Martin O’Donnell. He made the final round of qualifying last year, only to lose out to former Players Champion Joe Perry. After appearing in the quarter-finals of the UK Championship last season, where his run was ended by Ronnie O’Sullivan, London’s O’Donnell has been inspired to experience more showpiece occasions.

O’Donnell said: “I’d never really done well at the UK Championship before that and had always felt the pressure of the Triple Crown events. There is more coverage and scrutiny. I wondered to myself if I would ever be able to handle the Crucible if I couldn’t play well at the UK Championship. That run gave me a lot of belief and showed I can do it.

“I think it is everybody’s dream to play at the Crucible. Everyone wants to win tournaments, but it is step by step. You have to move along the ladder and reaching the Crucible is a massive ambition. When I speak to the guys who have played there about it you can see the excitement on their face, when they start talking about the World Championship. Even for the experienced guys you never know if you are going to get there again. To be there for the first time would be special.

“The qualifiers come with a unique pressure. I felt like I couldn’t breathe at times in the final round last year. There are no good draws to get to the Crucible, but I thought Joe Perry was a particularly bad draw. He has been there quite a lot and won matches there. I think he was pretty laid back about the situation because he has a lot of experience. I didn’t really know what to expect. I’d have liked it to be a closer match. However, it was a valuable experience and if I get to that last round again I’d definitely draw on that.”