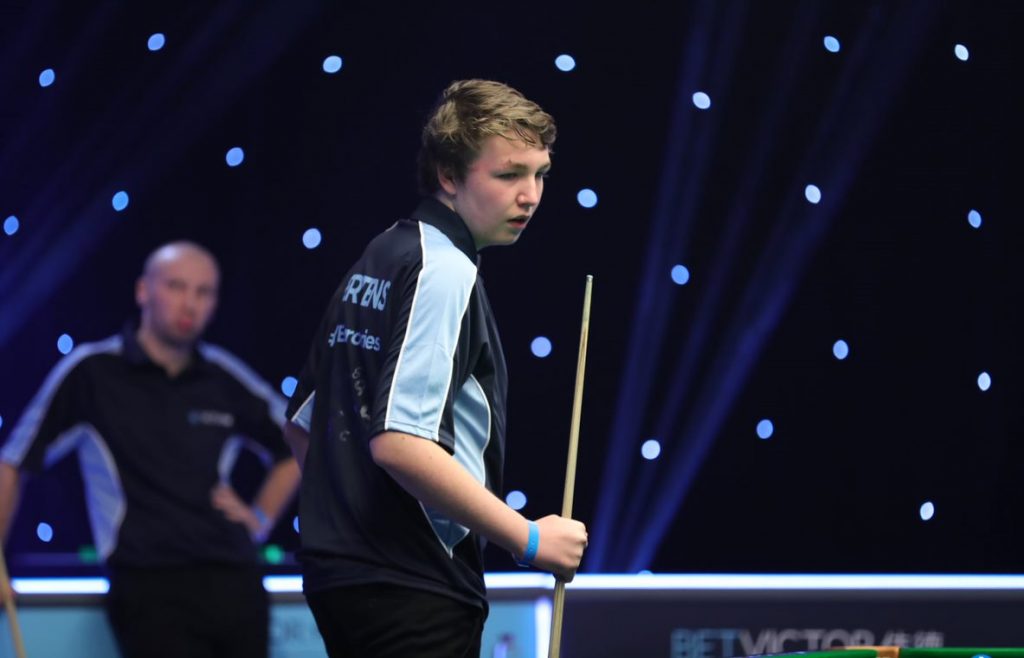 Ben Mertens, one of Europe’s most exciting young talents, believes he is ready to make the jump to the professional tour.

The Belgian whizz-kid made history at last year’s Betfred World Championship qualifiers when, at the age of 15, he became the youngest player ever to win a match in snooker’s biggest tournament. He beat James Cahill 6-2 in the first qualifying round, before losing 6-4 to Sam Baird.

Mertens came close to earning a tour card last year, losing in the semi-finals of the European Under-18 and Under-21 Championships. His opponent on both occasions was Aaron Hill – the same player he beat to win the world under-16 title in 2018.

Merten, from Westrem (close to Ghent), is now looking forward to another trip to Sheffield as he faces China’s Lei Peifan in the first qualifying round next Wednesday (click here for the match schedule).

“I have good memories from last year,” said Mertens. “Beating James Cahill was the best win of my career so far. I was disappointed not to beat Sam Baird in the next round as I was 4-2 up and had a good chance to go 5-2, but I didn’t take it and the match changed from 4-3.

“It’s very nice to be the youngest player to win a match in the World Championship, but to have but a record like that is are not really that important. What’s most important for me now is to turn professional. My game is ready for it. If I don’t make it to the Crucible then I will be going to Q School.”

Mertens first held a cue at the age of eight, after spotting a mini pool table in a toy store and convincing his father to buy it. Remarkably, just six years later the young prodigy was representing Belgium alongside Luca Brecel in the World Cup in China, playing televised matches against the likes of John Higgins and Ding Junhui. They topped their group before losing in the quarter-finals.

That mini-pool table has been replaced with a professional standard Star table, where Mertens practises every day at home, having left school. He also plays regularly with Brecel, who is the only player from continental Europe to win a ranking event.

“Practising with Luca has really helped me to improve, and to understand what it takes to compete against a top player,” said Mertens. “I have had to work hard on long potting but I have got a lot better at that aspect of the game. Perhaps having the past year as an amateur has helped me because I have been able to develop my game through practice. Hopefully now I can prove it.”