Promising teenager Florian Nuessle has dominated the domestic scene in Austria in recent years and is determined to make the step up to pro level. 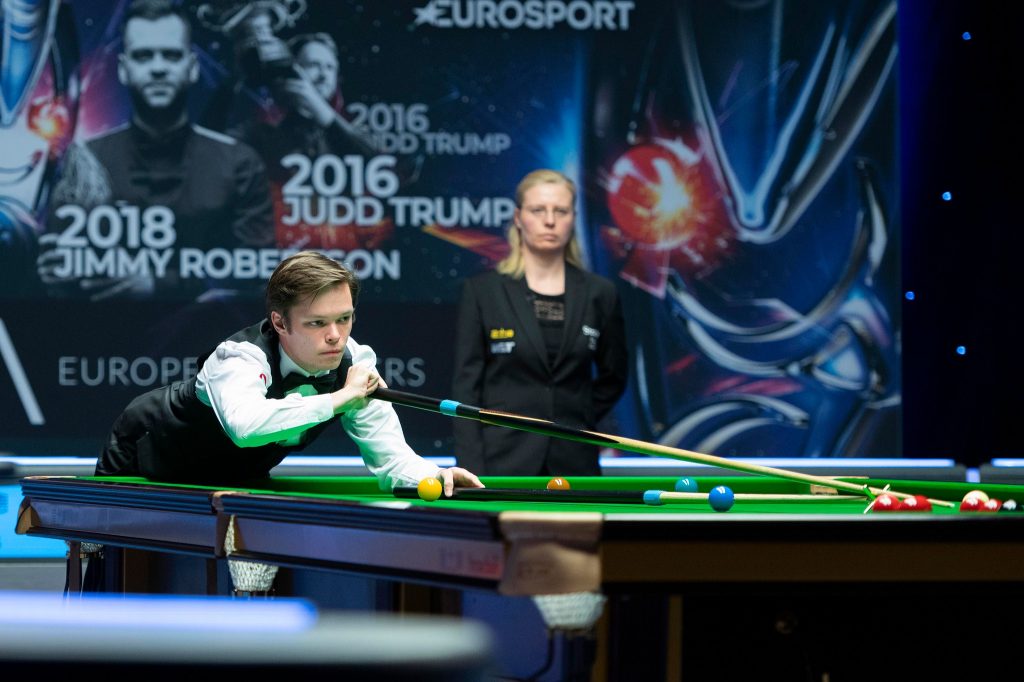 This season, Nuessle has played in the European Masters, German Masters and WST Pro Series

The 19-year-old has won his national championship four times in a row. In 2017 he reached the semi-finals of the World Amateur Championship, and the following year he was runner-up at the European Under-18 Championship.

In recent seasons he has gained experience by competing as an amateur at WST events, and next month Nuessle will play in the Betfred World Championship qualifiers for the third consecutive year.

“It’s great to get so many opportunities,” said the player from Salzburg. “I have learned a lot and become a better player. It’s a different world to the amateur level. I am finding it easier to adapt to the conditions. Everyone looks forward to the World Championship and I hope I can do well this time.”

Nuessle has a fast and attacking style – last year he won the Austrian Championship final in just 80 minutes, beating Jerome Liedtke 5-0 with breaks of 55, 64, 61, 86, 60 and 67. Unsurprisingly, he names Ronnie O’Sullivan as his snooker idol.

“He was the player I saw first on TV when I started watching on Eurosport,” said Nuessle “At that time he was the only one I looked up to, he was my ultimate hero. I tried to imitate Ronnie and learn what I could just by watching him. In that regard he helped me along my way. You have to play an attacking game if you want to win anything. But safety play is also one of my strengths.”