Snooker may not be the most popular sport in Russia, but to be the best player in a country of 145 million people is an outstanding achievement. 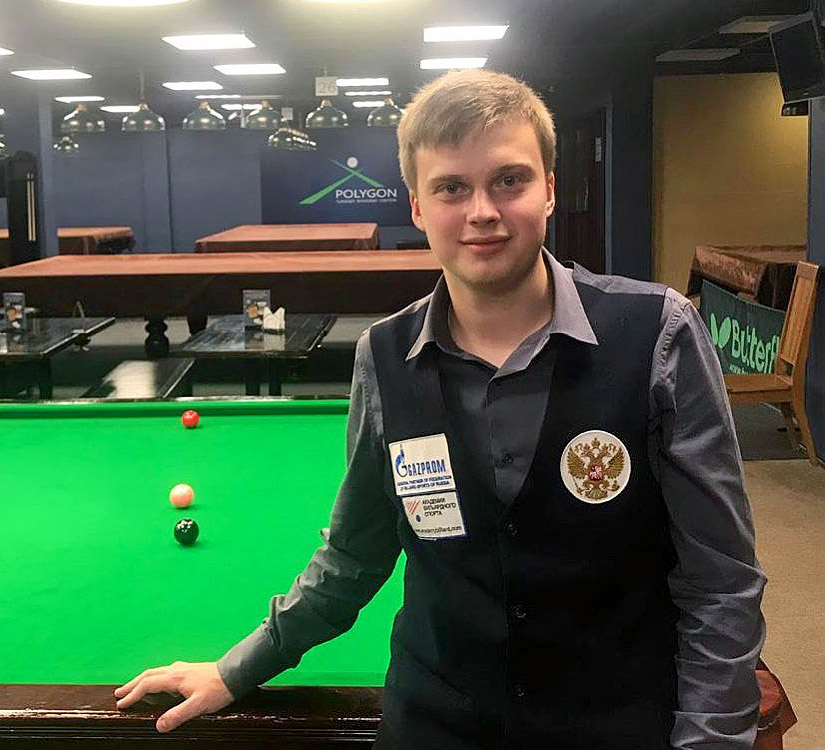 Beyond doubt, that accolade lies with Ivan Kakovskii, a 21-year-old from St Petersburg who has won the Russian Snooker Championship in six of the last seven years. In 2020, he got through the entire tournament without dropping a frame, and sealed the title with a 5-0 defeat of Andrei Karasov, highlighted by a break of 107.

Last year he made his debut in the Betfred World Championship qualifying rounds, and gave Jimmy White a few uncomfortable moments before losing 6-3. Breaks of 60 and 76 showed glimpses of his talent. Next week, Kakovskii returns to Sheffield and faces Germany’s Simon Lichtenberg in the opening round.

“I’m very happy that I’ve been invited to play this tournament again,” said Kakovskii. “I got great pleasure from the game with Jimmy White last year, it was a great experience for me. I was very nervous at the start of the match, but after the first frame I stopped being nervous and just enjoyed the game.

“I feel that my game is improving, though I have many areas which I should work on like safety shots and long pots. I hope one day I’ll turn pro.”

Kakovskii has a fluent and attacking style and names Martin Gould as his favourite player, also listing Ronnie O’Sullivan and Judd Trump among his idols. His biggest goal is to become the first Russian player to compete at the Crucible.

The qualifying rounds will run from April 5th to 14th, with the 16 players who make it through to join the top 16 seeds for the main event at the Crucible which runs from April 17 to May 3.