After a year without a title and dark moments when he questioned his future, Mark Selby has got back to what he does best in recent months: winning trophies. And now he is targeting a return to the very top…

There was a time when Selby’s name seemed a permanent fixture at the top of the ranking list. He was world number one from February 2015 to March 2019, a sequence covering 1,506 days – that’s longer than the gap between football World Cups. 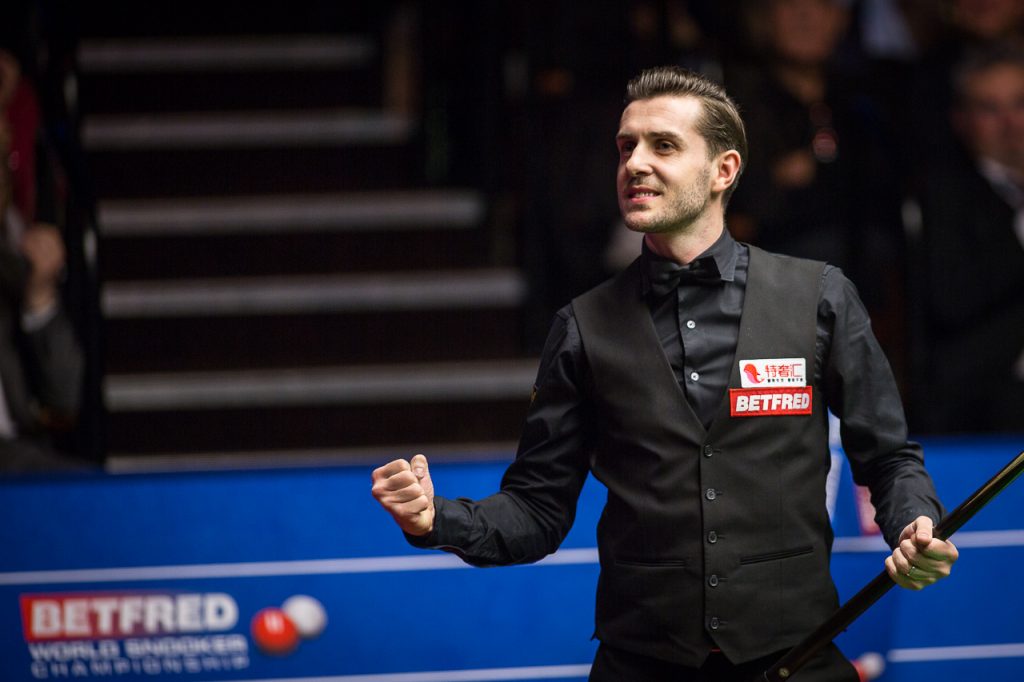 Between 2014 and 2018, the Leicester ace won three World Championship titles and 12 ranking events in all. Within that golden spell he established himself as one of snooker’s all-time greats.

With a safety game second to none, an uncanny knack of bringing his best to the big stage, and a flawless all-round game, Selby looked unassailable from his perch at the top.

So his loss of form at the tail end of 2018 was a surprise to everyone in the sport, not least the man himself. After winning the China Championship in September 2018, his trophy cabinet was unopened for 13 months.

Suddenly he was losing deciding frames, making unforced errors in every department, lacking confidence at the key moments. He lost to amateur James Cahill in the first round of the UK Championship and to qualifier Gary Wilson in the second round at the Crucible. It wasn’t quite a crisis, but the aura of invincibility had gone, and the inevitable questions surfaced as to whether Selby’s best years were behind him. 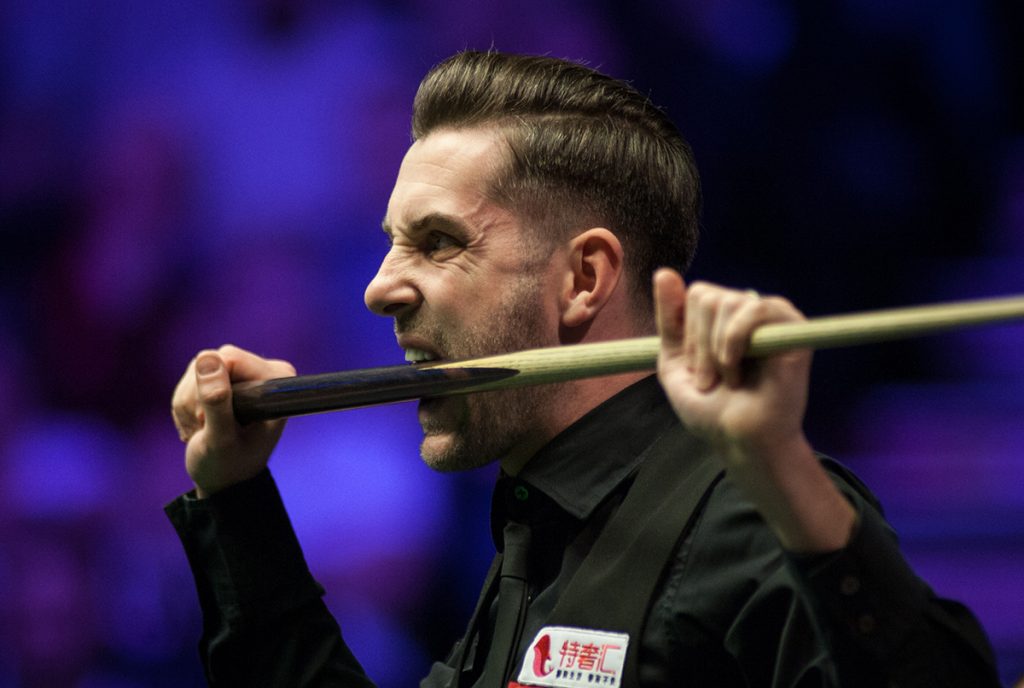 “If you are used to winning over a period of time and then suddenly getting nowhere near, then of course you begin to ask questions,” Selby admits as he looks back on that barren period. “You second guess yourself, think whether you are doing something wrong and whether you need to be doing something different.

“I wondered whether I would win another tournament again. It was that bad. I was playing well in practice then in matches I was crumbling and not showing anything, it was frustrating. It’s hard when you are on your own. Nobody can help you once you are out there.”

Selby’s determination to get back to the podium paid off at the 19.com English Open in Crawley in October. After coming from 5-3 down to beat Mark Allen 6-5 in the semi-finals, he annihilated David Gilbert 9-1 in the final. Selby missed just seven balls in the whole match, his performance described in simple terms by his opponent as a “masterclass.” As statements of return to form go, it could barely have been a more emphatic. 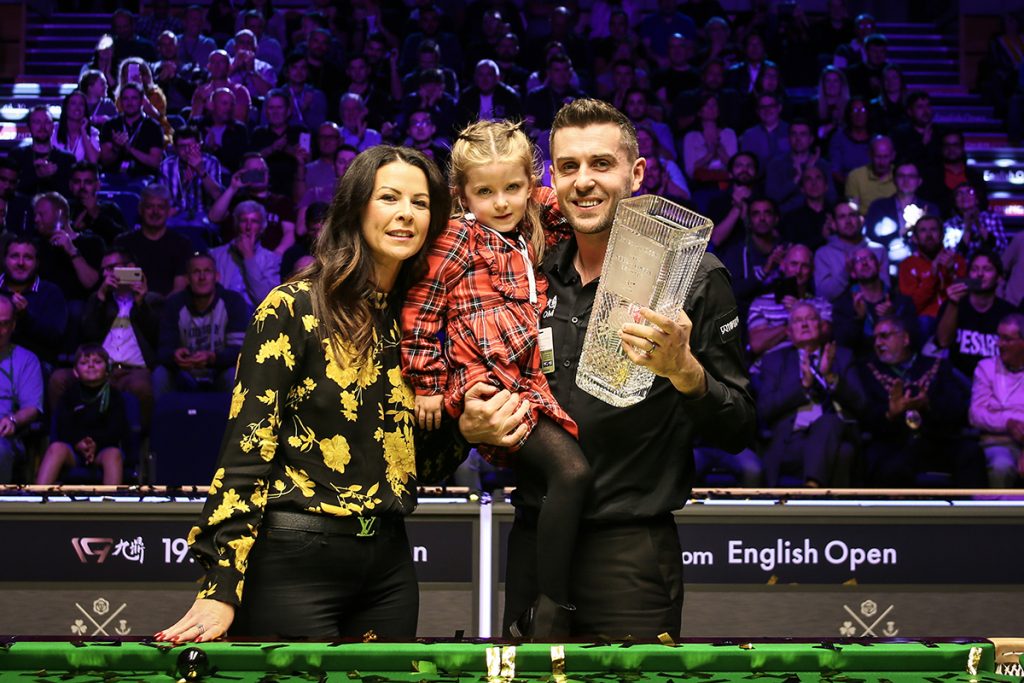 “Getting back to winning ways has put all of those doubts to bed,” he said. “That final in Crawley is definitely up there with my best ever in terms of performance, especially because it was such a big occasion for me and a chance to end a long spell without a trophy. I’ve had patches in games where I have performed well, I made six centuries at the Crucible against Stephen Hendry once, but I think the way I played against David was even better.”

Just two months later, Selby enjoyed that feeling of silverware in his hands again as he beat Jack Lisowski 9-6 in the final of the 19.com Scottish Open in Glasgow. It was the 17th ranking title of his career and he became the first player to win two Home Nations events in the same season.

“I had never really done that well in the Home Nations before,” said the 36-year-old, who has now won 14 of his last 15 ranking finals, a remarkable run which stretches back to the 2014 World Championship. “I’m not usually a massive fan of best of seven frame matches, because I think it is such a short race and a bit of a lottery. This year I just decided to go out with a different mind-set from the outset in these tournaments. I took it for what it was and played – and that paid off.”

Selby has dropped to fourth in the world rankings – still an impressive position in the most competitive era snooker has ever known, but he trails runaway leader Judd Trump by over £700,000.

“It feels a long way back to catch Judd,” admits Selby. “He is so far in front of everyone, but when you have won everything it can be hard to keep yourself as motivated as you were before. That is why you have to prioritise your goals and to get back to number one is definitely one of them. I will keep that in my mind and strive and aim for that.

“I’m still enjoying the game and still practising as hard as ever. While that is still the case then you need to have goals. When you find that the game is becoming a chore, a job and you don’t enjoy it as much then that could be because you don’t have any goals. It doesn’t feel like that at the moment.”

With two titles under his belt this season and two other semi-final appearances, Selby has already done enough to make sure of his place at the Coral Tour Championship in Llandudno later this month. After that, all eyes look towards Sheffield, with the Betfred World Championship to start on April 18th. The Crucible has very often inspired Selby’s best performances, and one more win would bring him level with all-time legend John Higgins on four titles. 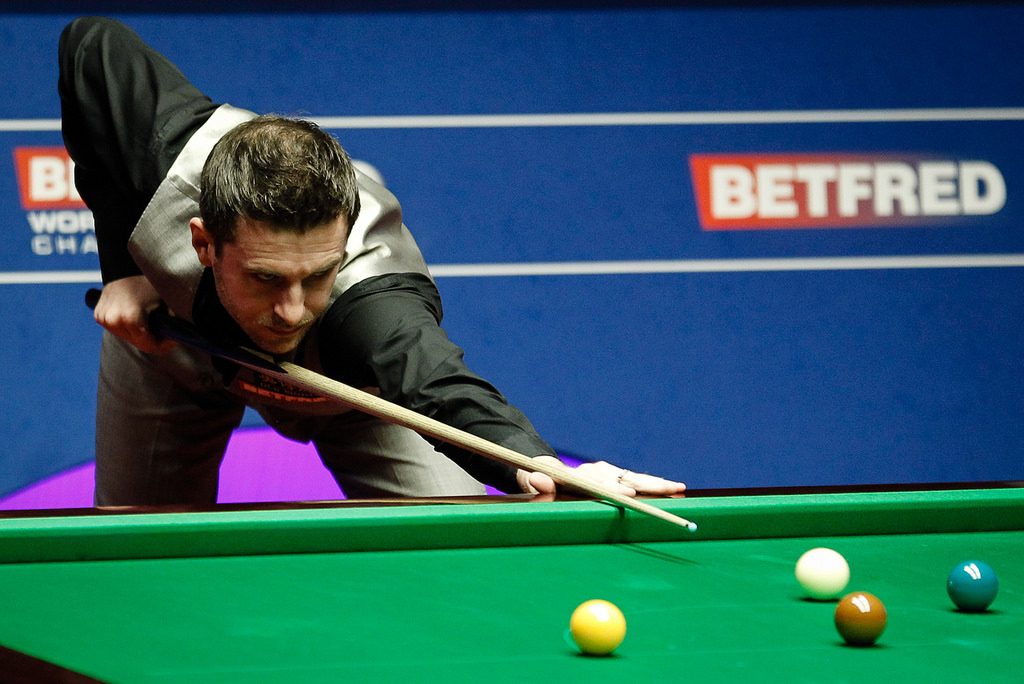 “There are probably ten or 12 players in form,” he mused, looking ahead to the biggest challenge of the year. “You can’t discount David Gilbert – although he hasn’t won the World Championship, he had a good run to the semis last year. You’ve then got the likes of Neil Robertson, Judd Trump, Ronnie O’Sullivan, myself and Shaun Murphy. It is going to be very tough, but you expect nothing less with it being the World Championship.”

Usually the China Open is Selby’s perfect preparation – he has won it three times since 2015. But that tournament is one of many sporting events in the Far East postponed because of the coronavirus.

For the top stars, that poses the question of how to prepare for the World Championship in one of the season’s longest gaps without competitive action.

“I’ll probably have a few weeks off after the Tour Championship to refresh,” said Selby. “Then practise for a solid two weeks before Sheffield. I don’t want to practise for five weeks, that brings a risk of burn out before the event starts. So I might go on a holiday to recharge the batteries. It’s important to get the preparation right.”

An in-form Selby with belief on his side is a dangerous animal – as all of his rivals will be aware.