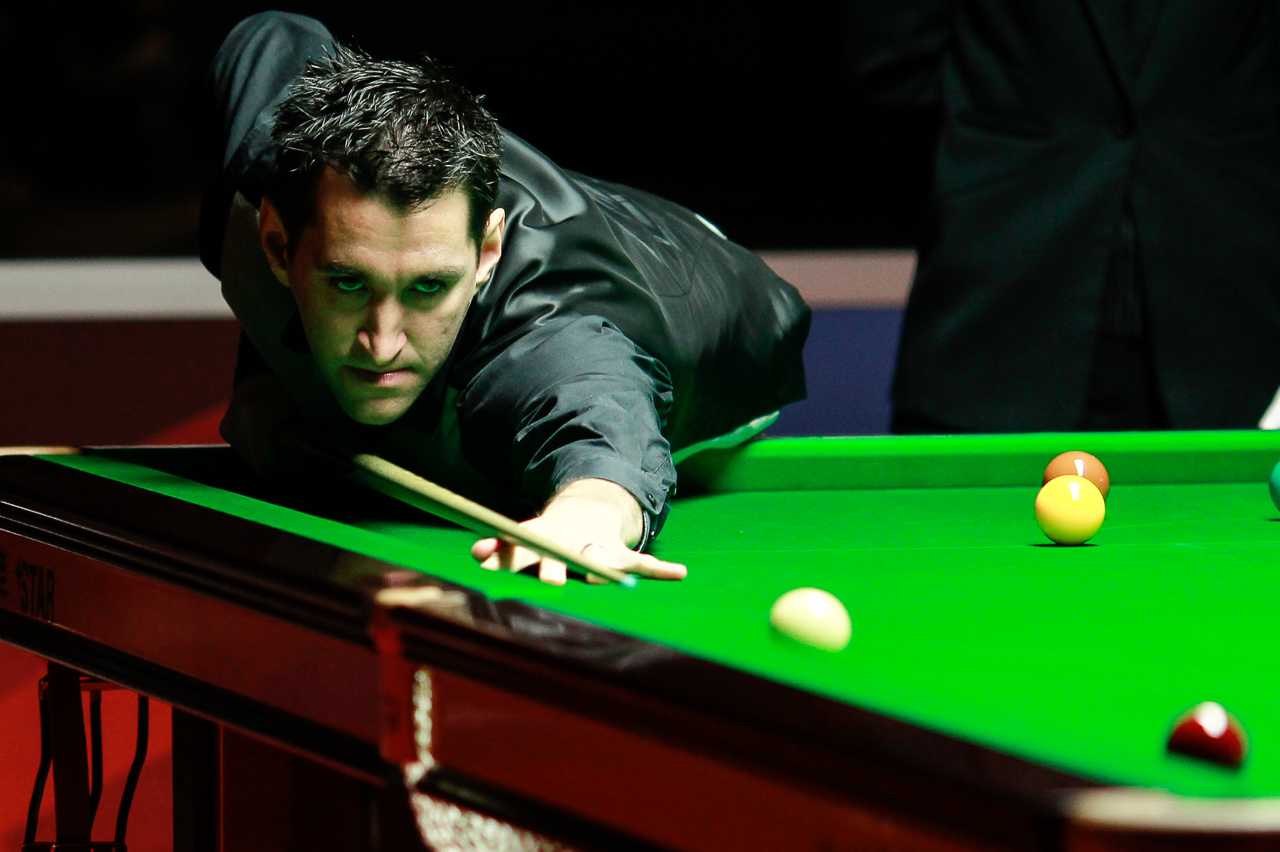 Ford was far from pleased with his performance, but found a way to get through the group despite dropping points against Simon Blackwell and Reanne Evans, who was returning to the tour but finished bottom of the group despite drawing with Ford and Lichtenberg.

Germany’s Lichtenberg had beaten Blackwell after his draw with Evans, meaning a draw with Ford would be enough to advance, while the Leicester man had to win to top the group.

The first two frames were shared before Lichtenberg missed the penultimate red in the third and Ford cleared up to keep himself alive. Perhaps some of his best snooker of a difficult day came in the very last frame; a clearance of 34 including a fine long pot helped him to a first win of the day.

“I have no words, I don’t know how I have got through to be honest,” said Ford. “I have played awful all day, I have really struggled. I had the odd frame where I got in and made a good break but to be honest it’s been dreadful and I don’t deserve to get through; Simon has been a slightly better player in the group.

“I don’t know how I have got through but I have, so I have to look at that as a positive. I haven’t been practicing that much, so there’s your answer. I can’t say I am pleased to get through because the performance, at times, was embarrassing today. It is one of those things but I am through and I have to look forward to the next group.”

On Table 2, Bai Langning was undefeated in topping Group 10 and becoming the first amateur player to top a group in this year’s tournament. He had beaten Ben Fortey 3-0 in the afternoon session and the same result against David Grace at the start of the evening session meant that he was safely through to Stage Two. The Chinese youngster then salvaged a draw with a re-spotted black in his final match against Farakh Ajaib to move to seven points and maintain his unbeaten record.

Wins over Fortey and Ajaib meant Grace took £2,000 for second, and Ajaib’s draw with Bai saw him take £1,000 and third in the group having also drawn with Fortey.