Defending champion Judd Trump suffered a second round exit at the Cazoo World Grand Prix as he missed two crucial balls a dramatic deciding frame and lost 4-3 to Tom Ford.

Trump won this tournament in 2015, 2019 and 2020 but the world number two surprisingly failed to take chances at the business end of tonight’s clash in Coventry, finishing 2021 on a low note. The Bristolian hasn’t won a ranking title since March, though he did lift the trophy at last month’s Cazoo Champion of Champions. 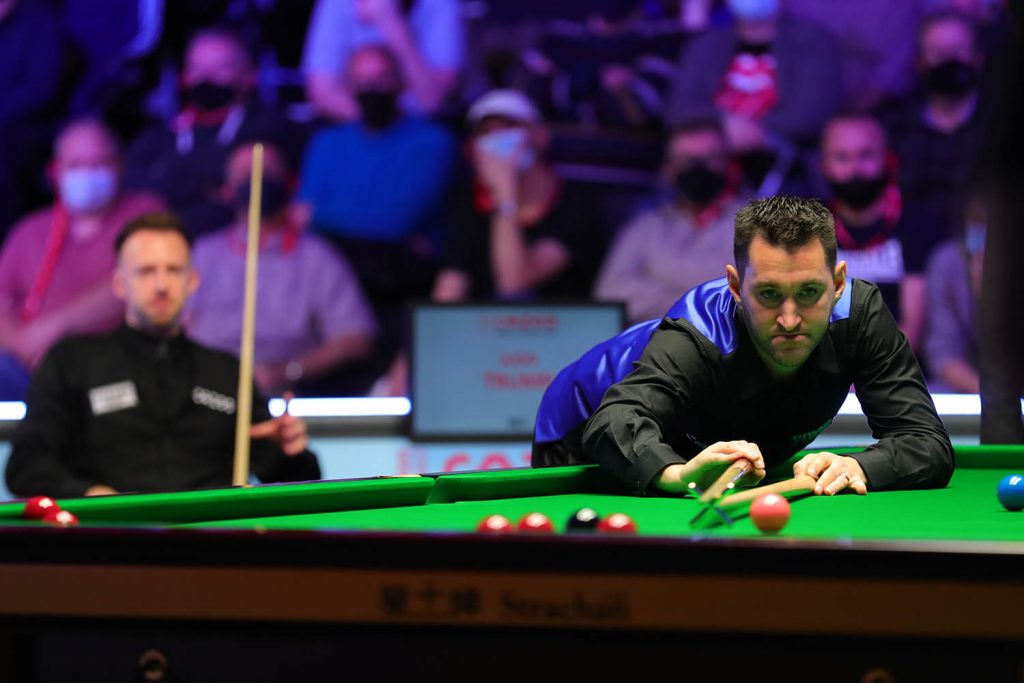 Ford knocked out John Higgins in round one and claimed another major scalp in booking a quarter-final slot against Mark Selby or Mark Allen on Thursday evening.

From 2-0 down, world number 23 Ford made breaks of 133 and 65 to recover to 2-2. Trump regained the lead, but at the end of a scrappy sixth frame he missed a tough long pot on the final green, allowing Ford to level at 3-3.

In the decider, leading 36-0, Trump rattled the pink in the jaws of one top corner, and later at 51-9 he failed to pot the black to the other top pocket when he was just a few balls from victory. The frame came down to the last red, and Ford converted an excellent long pot to set up a cool clearance. The black was close to a side cushion but he nudged it free in potting the pink, then rolled the final ball into a centre pocket.

“You don’t usually get two chances in a whole match against Judd, so I was surprised to get two in the last frame,” admitted Leicester’s Ford. “We both felt nervy and I was lucky he let me off because I thought I was going home. On the last red, I could have played safe, but I knew I should have a go at it.

“I was useless for the first two frames, then something clicked and I got back into it, then I went back to being awful. It was a strange match. My game doesn’t feel good, but the balls are going in.”