Ford's Light At The End Of The Tunnel 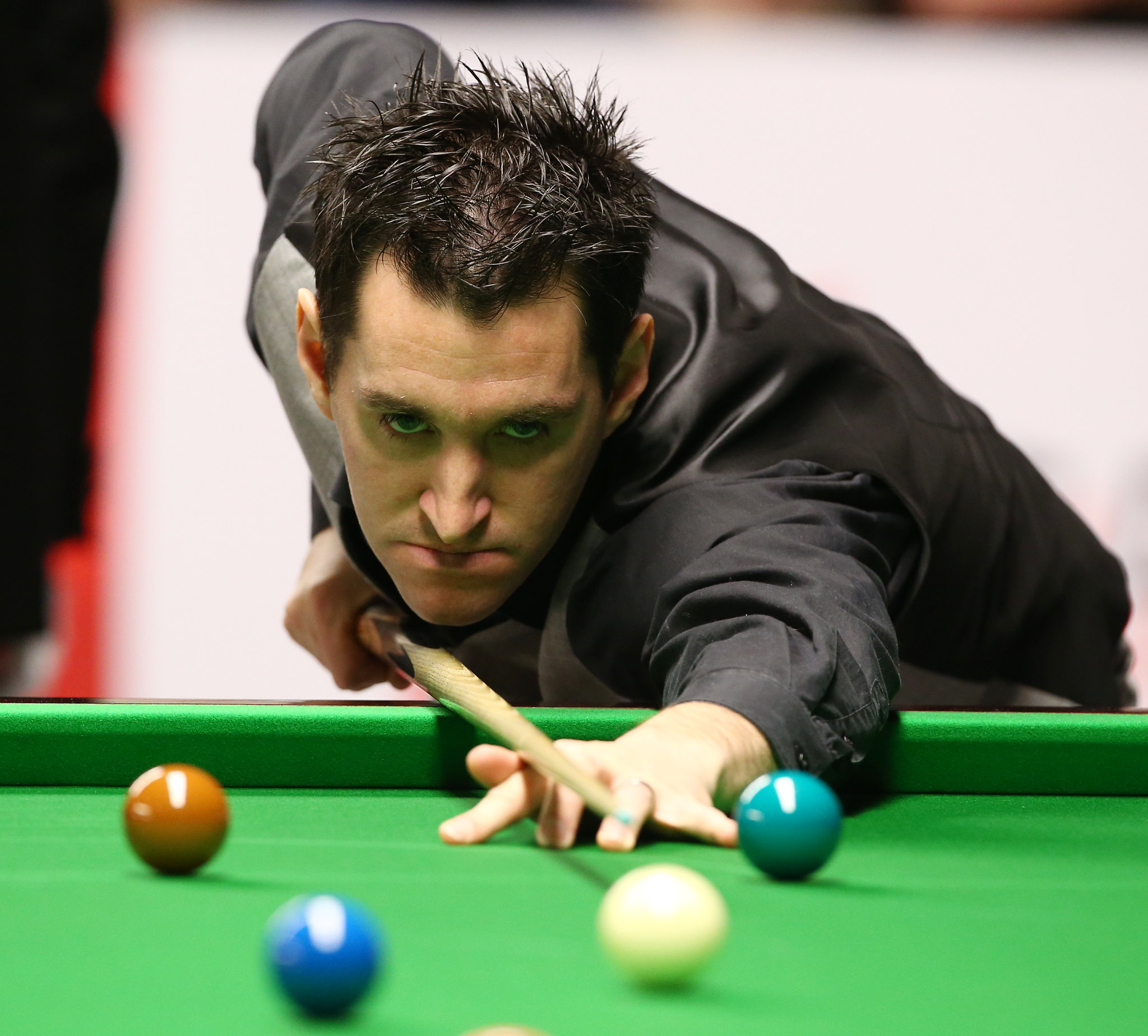 World number 22 Tom Ford faced his demons in a very public setting at last season’s Welsh Open, but is now enjoying a new lease of life with coronavirus restrictions begin to lift in the UK and the new season just getting underway.

Ford went on a tremendous run at Celtic Manor, which saw him defeat Kyren Wilson and Jack Lisowski, before being edged out 5-4 in a tight quarter-final with Mark Williams. That was all the more impressive considering he was battling with his mental health throughout the event.

It all came to a head in his quarter-final with Williams, when he broke down in tears in the arena. Ford, who is a popular character on the circuit, had become worn down with the socially restrictive nature of competing in professional sport during the pandemic. Thankfully, after a summer which has seen society edge back closer towards normality, the Leicester cueman has overcome these difficulties and is in a much better place.

“The whole event was extremely hard for me. I managed to win my second match with Kyren Wilson, but I told my wife on the phone afterwards that I just didn’t want to be there,” explained 37-year-old Ford.

“It was the same against Jack in the next round. I actually broke down in tears on the phone to my wife after that match. I just knew I had to carry on in the event, but didn’t want to. I’m not someone that can just focus on snooker. I need a bit of social interaction outside of it. These problems are going to occur when all you can do is go from your room to the arena and back again. It is tough.

“I did an interview before with Eurosport before the quarter-final with Mark Williams and they could see I was a bit upset. I just remember sitting in my chair in the arena and thinking I didn’t want to be there and I broke down in tears all of a sudden. I didn’t know what was going on. The cameras picked up on it, but I was trying to look away. It was a very difficult time. As soon as it finished I got home and spent time with my family and things were better. I can speak about it and have got over it now, but I couldn’t speak about it at the time.

“With a bit more normality coming back, those things are in the past and I’d imagine everyone has been at that point over the last couple of years. It is just about seeing light at the end of the tunnel and coming out of the other side now. I think I was just trying to hide it and it all came out on camera which wasn’t the nicest thing. I had a lot of people sending their regards and saying to keep my chin up. It was very nice to get a bit of support from the social media public. Often it is the opposite, but I got that bit of support.”

Ford started working with mindset coach Sabrina Francis two seasons ago and has reaped the rewards since, with a rise up the world rankings. He’s continuing to work with Francis for the upcoming campaign and they are focussing on harnessing the good mental space he is in away from the baize, hoping to convert that to results in the match arena.

Ford now has a period of snooker closer to home to look forward to, as he gets underway in the BetVictor Championship League this week at the Morningside Arena in Leicester. The British Open will then welcome fans for the first time this season at the same venue in August.

“I’ve spoken to Sabrina once this summer. It was just a quick catch up, as we obviously haven’t been playing at the moment. I think we will start to talk a bit more this year, hopefully get my head right and really push on for this season. I feel good in myself which is always a good thing. I’ve always been one of those players that if I am happy off the table, then I play well on it. That is the case now so I really hope that it can all work out well.

“You want to perform in any event, but you obviously want to play well for a home support. I will have a bit of support down here for the British Open, so I hope my friends can get a bit of time off work and get along. It does bring its own pressures playing in an event at home. I remember speaking to Mark Allen about how difficult he finds the Northern Ireland Open and people are constantly on at him for tickets. I know how he feels. I’ve just had to tell people to get online to buy theirs as it all becomes a bit too much otherwise.” 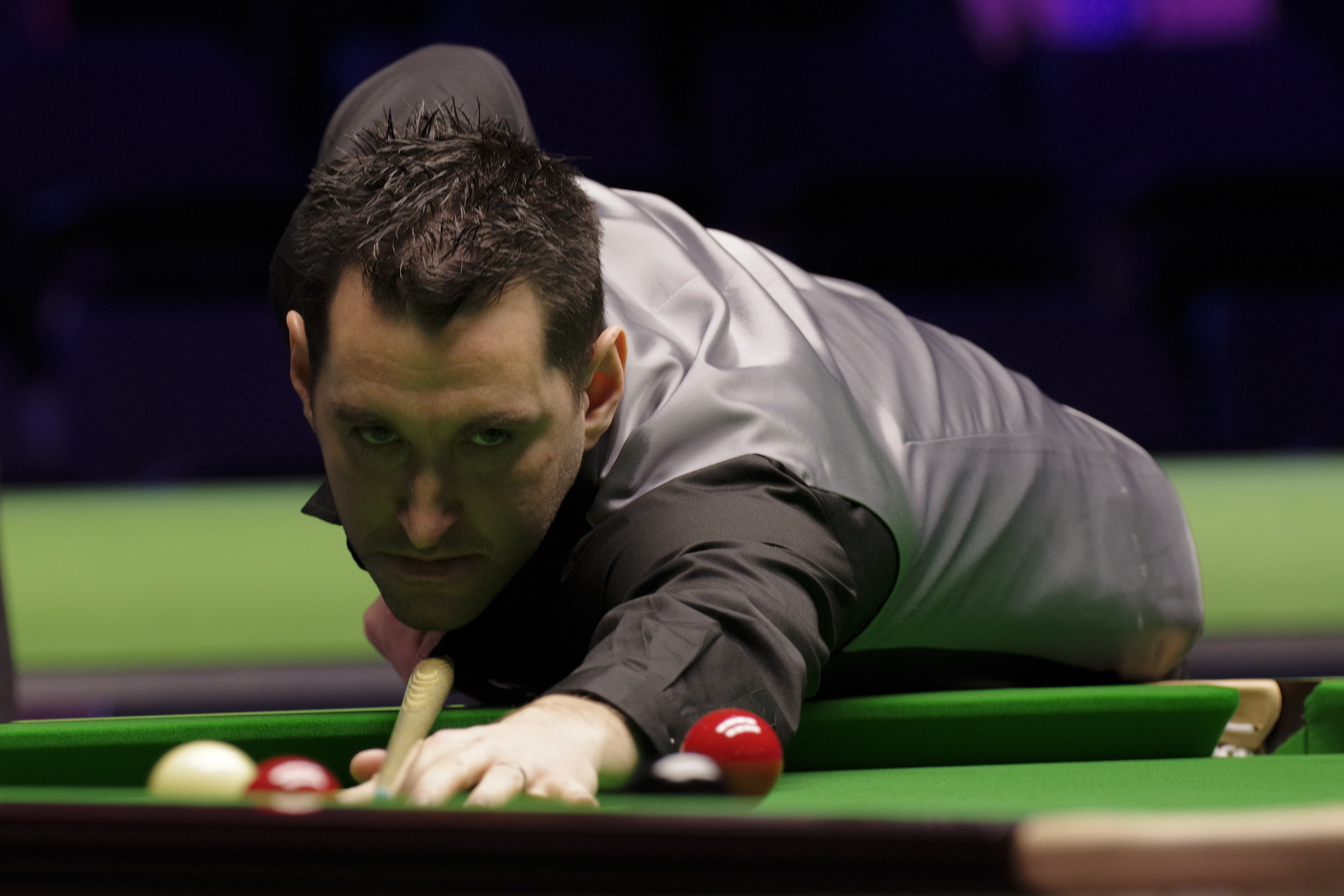 So far this week, Ford has swapped his cue for a microphone to make his commentary debut at the Championship League. He returns to the box today, before getting his playing season underway in Group Three on Thursday.

Ford believes that current players can add a fresh perspective to matches from the commentary box and also hopes they are slightly more understanding when mistakes occur.

“Commentary was something that I’ve wanted to try for a while. When we got the email saying they were looking for players to do it, I replied straight away. It was a bit nervy to start with, but after the first few frames you relax a little bit more. I got a couple of little things wrong, but I think that is natural on the first time. It was so good to be doing it alongside Dave Hendon. He is very good at what he does and made it really easy for me to settle in.

“I think the game does change over time. With current players wanting to have a go, it does help bring a fresh perspective to things. Quite often the ex players will criticise us a lot. Ronnie and Judd escape a lot of criticism, but we get it badly. Yes, if there is a really bad shot then you need to address it, but you don’t need to say the person is a terrible player. I do think that we get criticised a bit too much in commentary at the moment and I think current players can be a bit more understanding.”

Away from snooker, Ford donned his running shoes back in March to tackle 100 kilometres across the month for charity. It was all to raise money for Maya, the daughter of one of his friends, who has intractable epilepsy. With her prescription only being available through private healthcare, her family were faced with a £2000 monthly bill. Ford and nine others decided to run 1000 kilometres between them to raise money and managed to rack up an astounding £11,360 for Maya. However, having achieved his goal, Ford doesn’t anticipate more running for the foreseeable future.

“I was doing it ahead of the World Championship and realised that I was aching like mad . I decided that I needed to get mine finished as quickly as I could. I ended up finishing my 100km in 21 days. I’m not a runner though. It was very hard. It’s roughly two miles a day if you stretch it out over the entire month, which doesn’t sound a lot but when you don’t run and have no experience of running it is really difficult. I actually wanted to burn my running shoes at the end of it as I know I never want to run again!

“It’s really great to have helped for such an important cause. It was a good feeling to know that we have raised money for Maya and that we have got her story out there as well.”