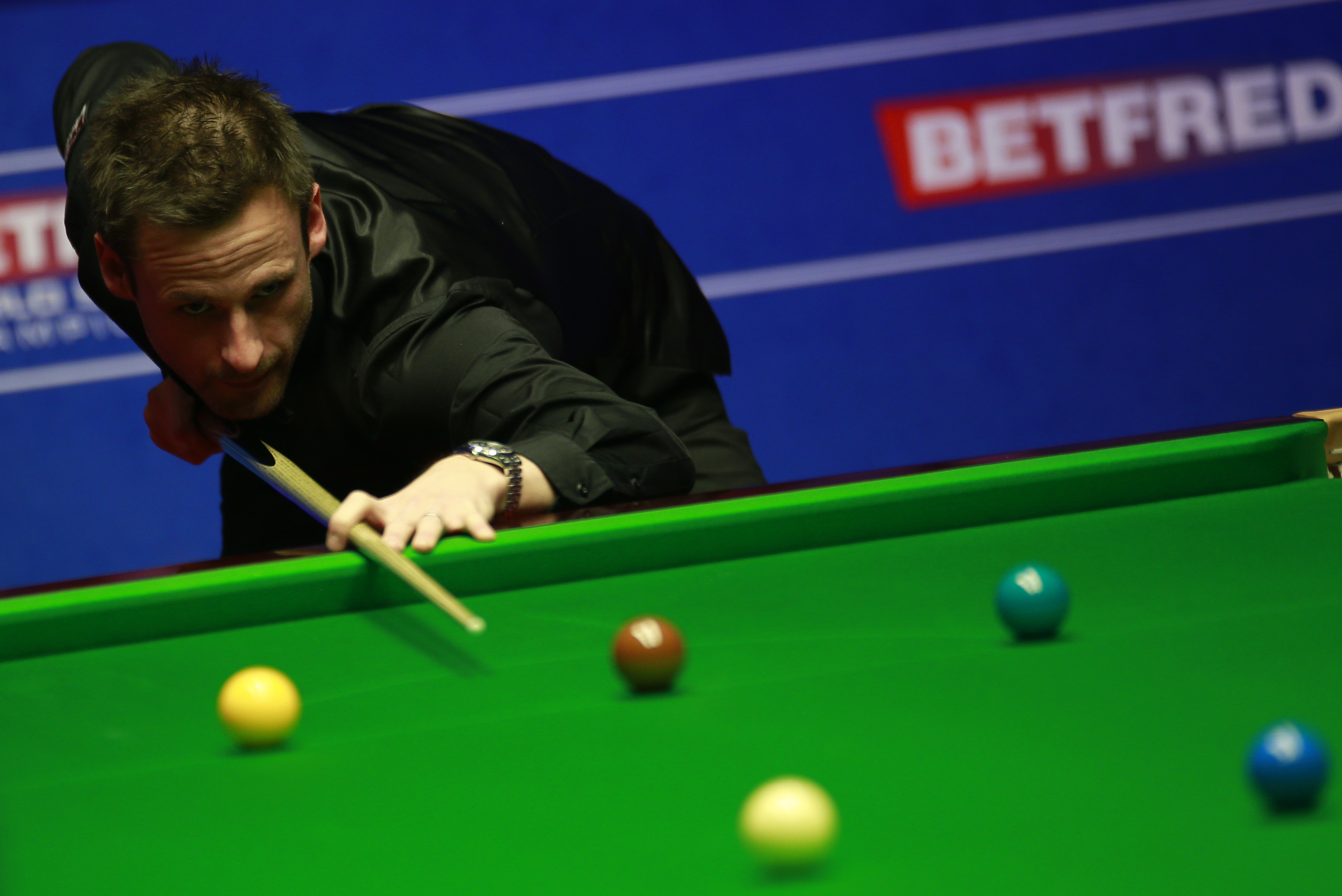 David Gilbert hopes that he can return from lockdown in full flow, but admits that a lack of match practice makes performances at next week’s Matchroom.Live Championship League hard to predict.

Click here to find out how you can watch the Matchroom.Live Championship League from anywhere in world.

The Tamworth cueman was runner-up to Mark Selby at the English Open earlier in the season and also made the semis in his debut appearance at the Masters in January. However, Gilbert has experienced an up and down campaign, having also suffered seven first round exits.

We’ve caught up with the world number 11 to find out how he has been coping with the lockdown and look ahead to next week’s return of live snooker.

David, first of all how have you been getting on over the lockdown period?

“The weirdest thing has been how much time I’ve been able to spend with the family. My wife’s twin sister has been staying with us from day one of lockdown. It was originally my dream to be locked up with twins! After a while we have been living in each other’s pockets a bit, but it has been fine. Every day feels a bit like groundhog day, but there are people in a lot worse positions so you get on with it. As long as people are safe that is all that matters.

“I tried to get a job back on a couple of the farms I used to work at for the spud season, but they were all fully stocked with employees and contractors. I’d have gone just for a laugh and see all the guys for a few weeks. I didn’t manage to get myself a job, I’m unemployable now!”

It will be a very different sort of event next week with the testing measures and social distancing rules in place, how do you think you will cope with it from that aspect?

“I am more intrigued by the day before the event to be honest. I am going to see what snooker is going to be like for the next few months. It is going to be very different, that is for sure. I used to find it quite hard being at events on my own, but having been to China the last few years, you get more used to it. I’m not one for sitting in my hotel room. I like to be out and about all day, but it should be fine. It is just about getting used to it.

“I think it is amazing what Barry Hearn and the team have managed to sort out, just to have something to play in. Having played the Championship League before we are used to having no crowd. I have no idea what will happen to me in the event. I am somebody who needs to practise a lot and I think the lack of games will come into play at some point. You never know, you just turn up with your cue and have a go.” 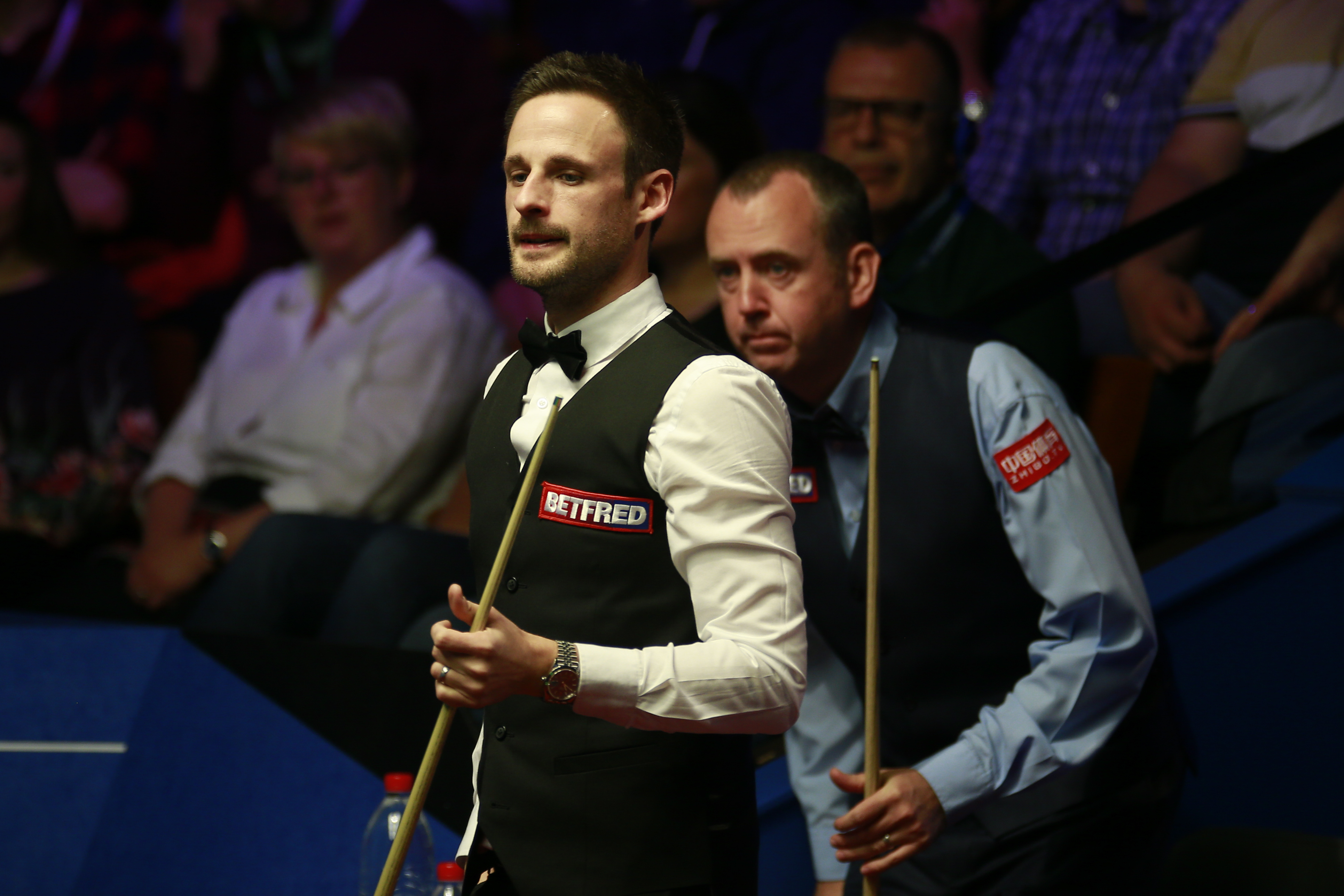 What sort of impact do you think the enforced break from snooker will have on the standard of play?

“It is like going back ten years before Barry took over, when we used to have three or four months off at a time. It was weird then. You would be off for three or four weeks and then realise you have a comp and put some hours in. I haven’t played a safety shot in four months, so I don’t know what is going to happen there.

“I think my season was alright. It was very up and down, I seemed to make the quarters or a semi, or bomb out first round. I think, as long as it still goes ahead, it might have done me a little bit of a favour having the season cut short before the World Championship. I was struggling with my game at the time. Hopefully this break and getting back playing next week will make me want to work a lot harder and it will do me good.

“I’m certainly going to go and try my best to win every game. The only way your confidence comes back is winning matches. I don’t want to turn up and have a day out. I don’t know how everybody has been playing in practice. I’m sure they will all say they haven’t been practising but I’m pretty certain they will have been.”

The World Championship is scheduled to start on July 31st, pending government advice. There is a chance that it could also be played behind closed doors. What do you think it would be like to play at the Crucible without a crowd?

“It would be absolutely bonkers if there wasn’t a crowd. It could open the event up early doors to some shocks, depending on how people handle everything. The players that have come through qualifying will already have matches under their belt, so maybe that will help them. I still think the top players are the only ones that can win a World Championship, so it won’t impact on the end result. The guys like Ronnie O’Sullivan, Judd Trump, Mark Selby and Neil Robertson thrive off a crowd. Some people thrive and some struggle. Being at the Crucible with nobody there would be a strange experience. However, it has to go on, the players and the game need it. So as long as it goes ahead it will be positive.”