A slice of misfortune at a crucial moment proved costly for Mark Williams as he suffered a 5-4 defeat against Zhou Yuelong in the last 32 of the BetVictor European Masters in Dornbirn.

China’s Zhou fluked a snooker on the green in the penultimate frame when he trailed 4-3, and took advantage as he went through to the last 16 to face Jackson Page on Thursday evening. 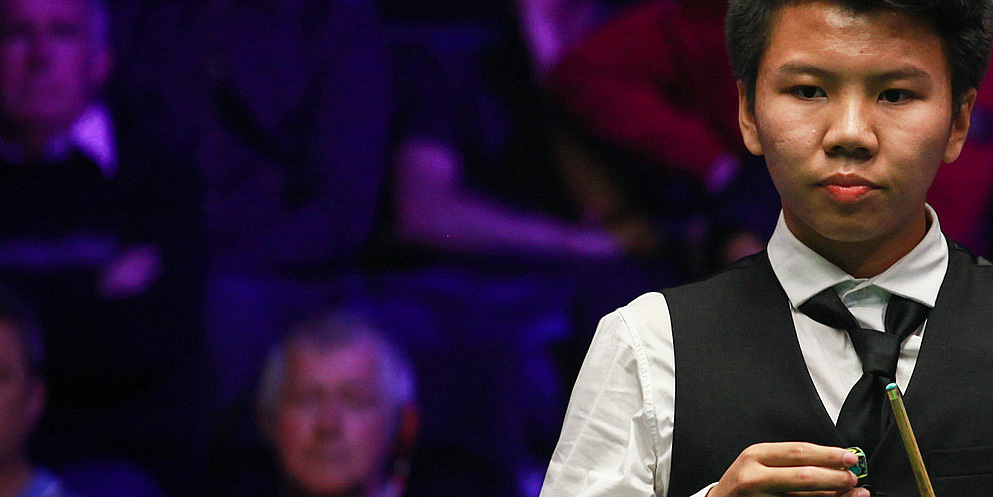 Three-time World Champion Williams has been beyond the last 32 of just one ranking event so far this season – at the China Championship in September where he reached the final before losing to Shaun Murphy.

The Welshman looked favourite today when he led 4-3 with top breaks of 66, 73 and 94. Frame eight came down to the colours, and when Williams found himself snookered behind the brown, he failed to escape, giving Zhou the chance to clear for 4-4.

The decider was a scrappy affair though 21-year-old Zhou showed impressive tactical nous to create a chance and make a fine break of 42 which proved vital.

“He had so much run in the last two frames, the kisses he was getting, it was frightening,” insisted Williams. “Especially at 4-3 when he snookered me behind the brown. But that’s the way it goes.

Williams showed his frustration earlier in the match, punching the table after one miss, and it was a disappointing day for the 44-year-old as he missed the chance to take on Page, his protégé and practice partner.

“Usually I’m good with my emotions but I felt if I showed a bit, it might make me play better,” added Williams. “I didn’t play badly. If I had played Jackson it would have been difficult because I don’t need the points, and he needs them to stay on tour.”

It was a good morning for young Chinese talent as Zhao Xintong saw off Michael White 5-2 with a top break of 95. He now plays Crucible semi-finalist Gary Wilson, who top scored with 106 as he beat Luca Brecel 5-1