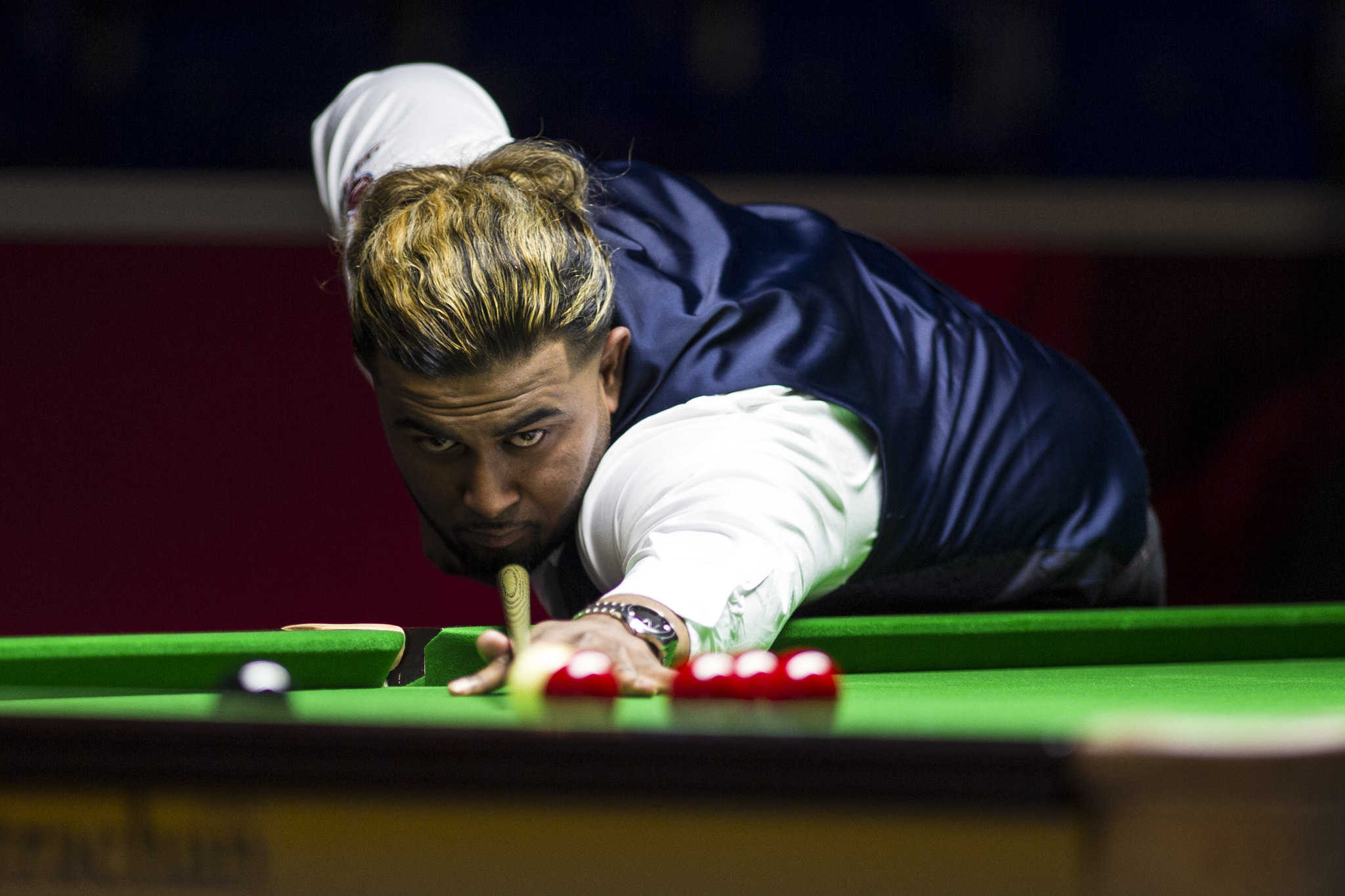 Hammad Miah faced a race against the clock when he was stranded in the heart of Uzbekistan ahead of Q School. However, after finding a way home with just days to go, he overcame the odds and topped the Order of Merit to regain his professional status.

Miah, who fell off the tour in 2020, went on holiday to Dubai in December for what was supposed to be a three-week break. Unfortunately, travel restrictions due to the coronavirus pandemic came into force and turned that into six months of globe trotting in search of a route back to the UK before Q School.

Eventually, Miah managed to get a flight home by travelling from Uzbekistan via Russia. After his quarantine period, he had just four days to become reacquainted with the baize, before his first match on May 29th. Despite this, he managed to accumulate enough frames to top the Order of Merit and gain a two-year tour card.

Miah explained: “I’ve got family and friends over in Dubai, so I just went out for a few weeks to forget about the world and relax. A week before my flight home, it was put on the red list. All of a sudden I started getting all of these invites to snooker events as a top up. It became very demoralising knowing I had no way to play. I ended up staying there for five months, before I went to Uzbekistan as there was a route back from there via Turkey. I was there for six weeks and had four flights cancelled on me, because Turkey was put on the red list. I spent time in the capital city of Tashkent and another village called Jizzakh.

“I hadn’t followed any snooker at all while I was away. I didn’t even know that Jordan Brown had won the Welsh Open. I had no knowledge of anything that was going on in snooker. If you look at something you love, but you can’t do, you are going to miss it and it is going to hurt. I knew if I had any knowledge of it, then there would be negative emotional feelings. When I was in Uzbekistan, I started missing the game and really wanted to play. They don’t have snooker tables there, but what they do have is Russian Billiards. It is the same size as a snooker table, but the balls are way bigger. They are all white balls and they only just fit in the pocket. I found it amazing. I was right in the middle of Central Asia and every club was packed with people playing this game. They love it. I played only it four or five times, but I just wanted to be in the club again and that gave me a buzz.

“What really got me my hunger back was when I saw snooker on television in a shisha café with Russian commentary. I was in the middle of the world, 5000 miles away from my home and all of a sudden I saw my sport on television right in front of me. I went back to where I was staying, switched Eurosport on and was glued to the TV from that point. I’ve never watched so much of the World Championship before. Every day I was watching it and that gave me the hunger. I don’t think they even really know about snooker out there and all of a sudden it was on a television in front of me. At that moment, I knew I needed to get back to Britain and start playing in time for Q School. I managed to get a flight back via Moscow and landed on the 15th of May. By the time I had done my quarantine, I had just four days to prepare.”

Upon Miah’s release from quarantine, he headed straight to his new base at Whetstone Snooker Club, where the likes of Ronnie O’Sullivan, Anthony Hamilton and Alfie Burden play. Despite the lack of preparation time, Miah felt his head was in a good place to tackle the considerable psychological challenges posed by fighting for his career at Q School.

When Miah arrived for the tournament in Sheffield he got off to a strong start, but lost in each of the three events by a 4-3 scoreline. The first came at the hands of James Cahill, before he went on a run to the final round of event two and agonisingly came a frame short against Craig Steadman. Miah’s 4-3 loss to Michael White in event three was less difficult to take, as it secured his place on the top of the Order of Merit and earned him his tour card.

“I must have taken 12 coronavirus tests in the space of a few weeks. I was doing one every day in Uzbekistan waiting to see when I could get on a flight and then had to do one once I got home while I was quarantining. The minute I got out of quarantine, I was straight into the club. I was so excited to play and there were no expectations. I would be buzzing with a 50 break at that point. 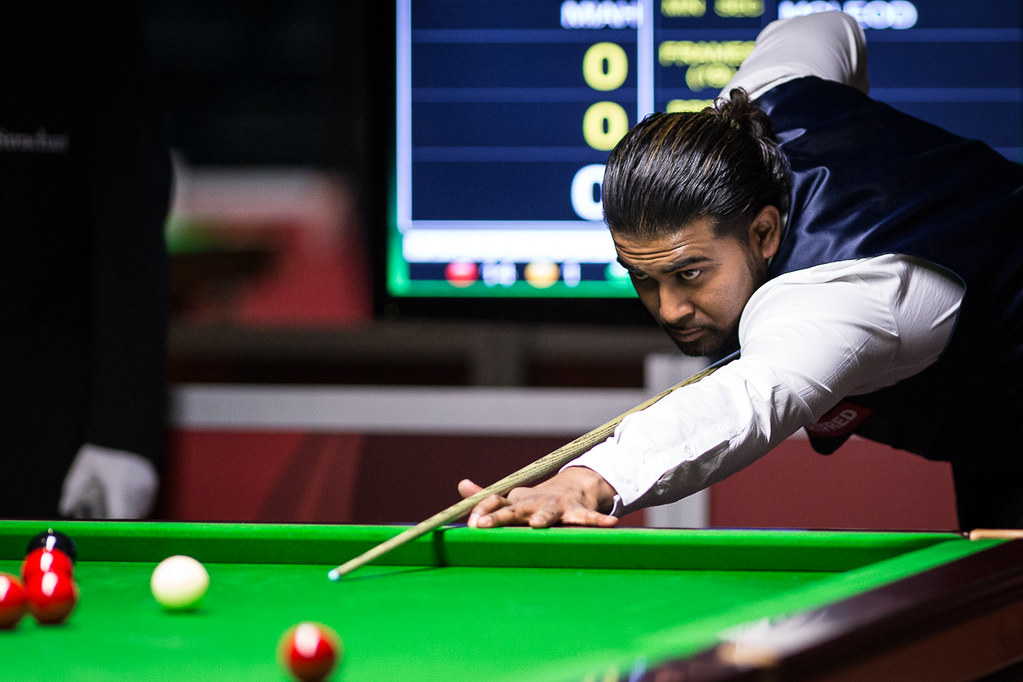 “I lost three games 4-3 and within myself I know how hard Q School is. There are top players at it that won’t get through, players that are comfortably good enough to be in the top 64 in the world. It is brutal. There are normally about 20 or 30 players that have a good chance to get on, but when these players meet each other it is like being in a ranking event. There are no easy runs. It is brutal because it is a best of seven and after it you either have a job or you don’t have a job. What are you going to do?

“I needed to turn professional. It is huge for my life. Every time you come back to the tour after falling off it is like a fresh start, a new chapter in your life. I have this fresh start and now it is the time to get my head down. There are no excuses here. I’ve got good people around me and I’m settled. If I work hard then it will come.”

Having not been beyond the last 16 of a ranking event before, Miah is now targeting a more fruitful spell on snooker’s elite circuit. The 27-year-old believes he is yet to reach his full potential and admits that previous shortcomings are a result of his work ethic and life away from the baize. Now he wishes to adopt a more regimented lifestyle and aim for the top of the sport.

“My goal is to win a tournament. I know how good I am, but you can’t really boast at anyone if you haven’t done anything in the game. I know what I can do. All it is down to is the hard work and eliminating any distractions outside of snooker. I find so many ways to distract myself and it impacts on my performance. You can’t play this game if your mind is disturbed. It is impossible. I have no excuses for myself now. I have the facility at Whetstone and I have the practice partners. I need to break through this year. I’ve been coming on and off the tour for the last ten years and I’ve not done anything. If you work hard, you deserve the results.

“Anyone that can win a tournament is inspirational. I’ve seen Mark Selby away from the public eye and how he conducts himself. I know why this guy is a World Champion. You have to learn from these people. There were a few guys at Q School who haven’t made it on tour yet and I told them, you need to surround yourself with the right people. Don’t head straight out for a drink when you lose. The top boys are so disciplined. If you want to be them and see the fruits of your potential, you have to conduct yourself in different ways. You need to make the sacrifices. I would say to the youth they should read as much as they can about sport. The top guys and the crème de la crème are zoned in. They have that bullet proof mentality. That is what I want to get.”