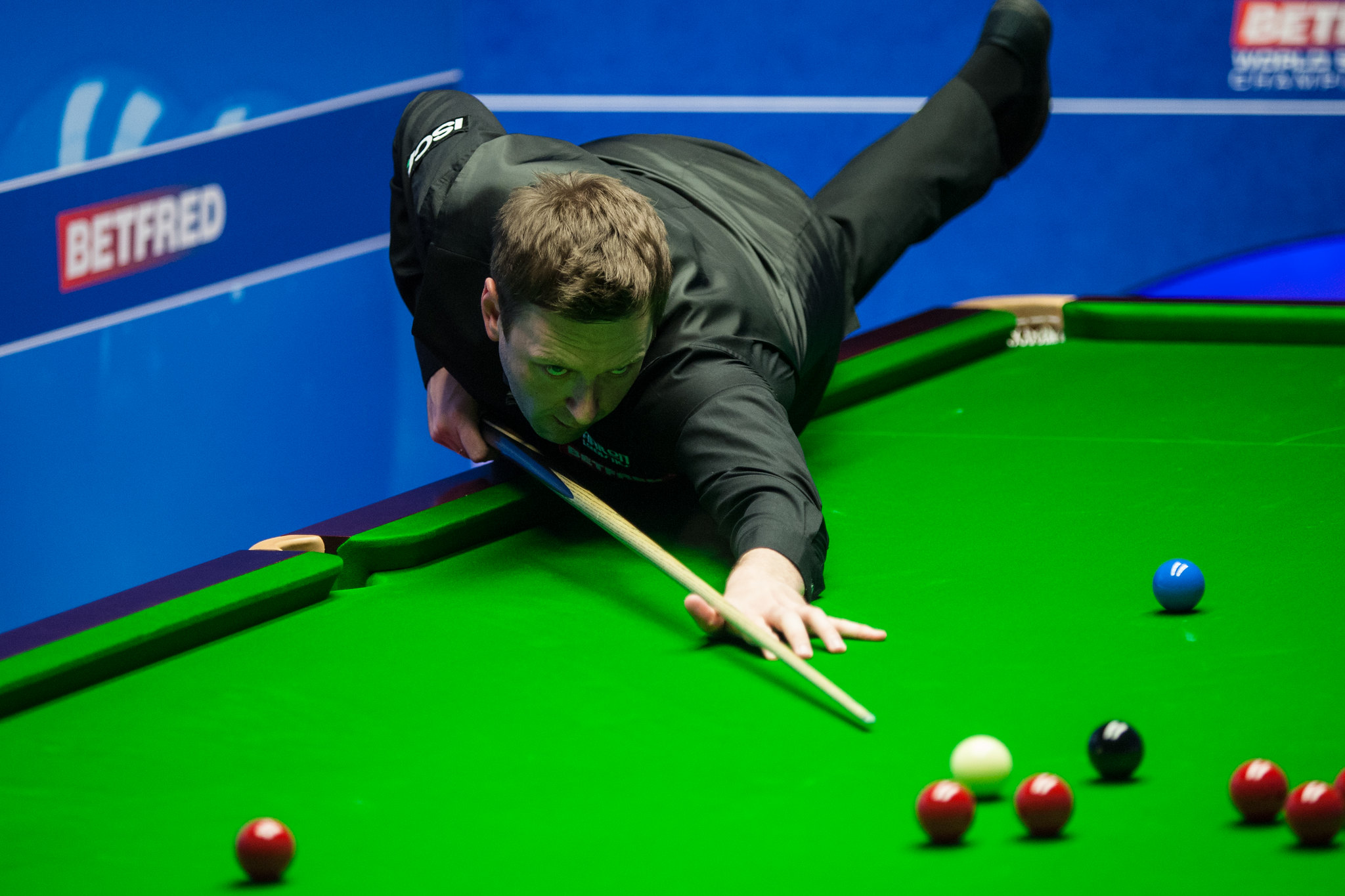 Ricky Walden believes he is ready to catapult himself into the world’s elite once more after putting career threatening injury troubles behind him.

The three-time ranking event winner admits he was concerned for his future in the sport when a bulging disc, as well as other problems with his lower back, caused him huge issues between 2016 and 2017.

Chester’s Walden was one of the best players in the world before his injuries brought about a slide down the rankings. His finest moment came when he won the 2014 International Championship and he also made the semi-finals of the World Championship in 2013.

After losing in the opening round of Crucible qualifying in 2017, Walden had cortisone injections followed by an ongoing and indefinite period of extensive physiotherapy. The recovery process has been a gradual one, but he is now completely pain free. Walden believes his injuries are behind him and has lofty ambitions for a return to the top of the sport.

“In my mind it is completely a thing of the past. I’ve got no pain in my back anymore and I don’t have any problems. I feel as if I could train for a half marathon in a few weeks and run that alright. I think I’m over it and I’m playing a lot of hours. Time brings the confidence to know it is behind me,” said 38-year-old Walden

“The biggest thing wasn’t the pain, it was the mindset. My mind was so broken with it all. I just didn’t know what I was doing. I knew that I was offline on the shot because of my back. I could just see my ranking slipping and I was losing to pretty much anyone and everyone. It was a horrible time. My mind was thinking that I was done. It was brutal to play out there. I was thinking about the family and how I would make money in a situation where this was all over and done. You build your life thinking you will play forever, you get the house you want to live in and everything in place. All of a sudden, I was thinking that I might have to quit and get a normal job.

“It was all pretty frightening, but I feel I am over it now. Even though my ranking suffered from the outset, considering what I have gone through, I think it is pretty remarkable that I’ve actually stayed on the tour. I’d say there are a lot of people who wouldn’t have managed that, but I’ve had my family and my manager Lee Gorton behind me. He has been everything for me really. He kept me going when I was done.”

Following his treatment Walden searched out specialist physiotherapy to aid his recovery process. He began regular sessions at Manchester City’s training ground complex to work on stretching and strengthening exercises which aided his return to fitness.

“I was over at the Etihad twice a week working with a physio there called Simon Edwards, who has also been involved in rugby league. Whenever any player from Manchester City or Manchester United gets an injury they throw them all in there. They have all of the experts, weightless running machines, full gyms, pools and everything. Simon was putting me through the paces with a lot of gym work and gave me all the details of everything I needed to do going forward.

“It was hard work and mainly involved yoga and pilates. Everything was designed to free the hips, glutes and legs. We are all guilty of doing the same movements too much and everything tightens up. He put me through a lot of stretching and helped me to correct my running technique. These guys are working with elite people, so it was incredibly helpful.” 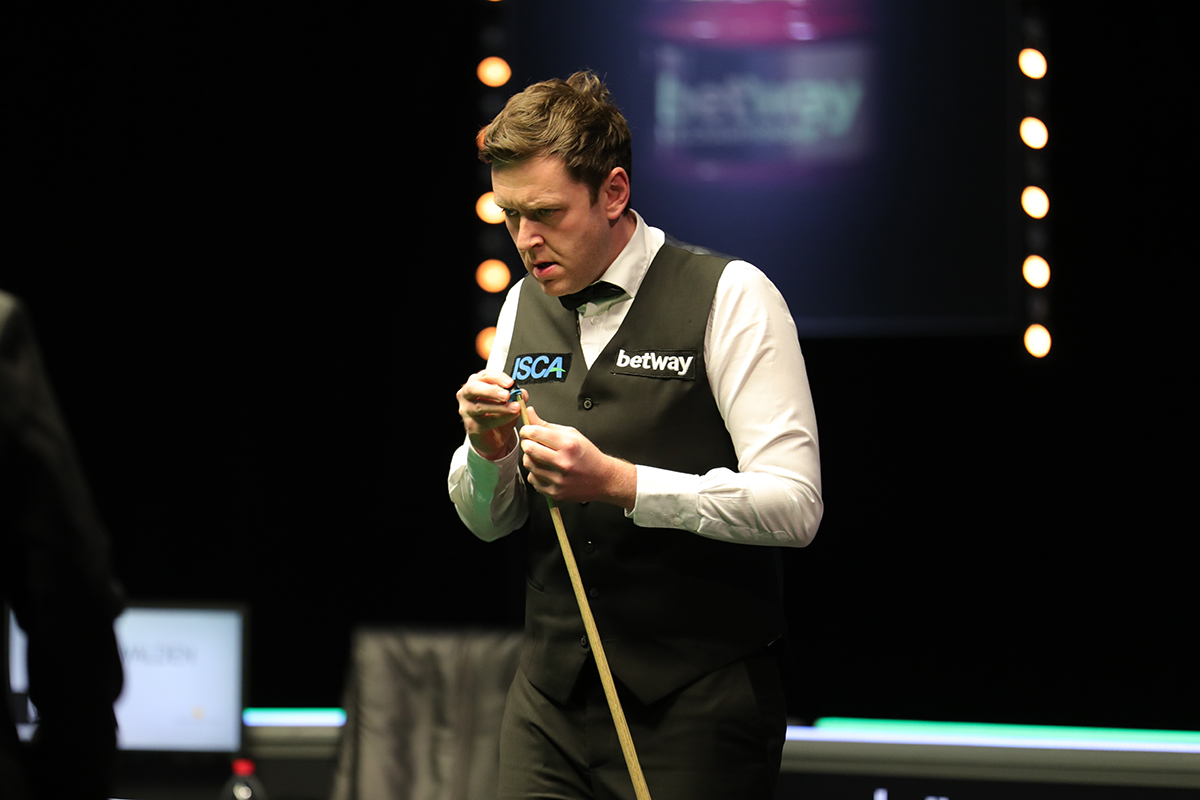 Walden got his season off to a superb start by topping group seven of the BetVictor Championship League, dropping just a solitary frame in the process. He hopes that he can carry that momentum throughout the season and that the current campaign could mark the beginning of a career revival which takes him back to the world’s top 16 and competing for the sport’s biggest honours.

“I really do feel I am ready for another title, but I’m looking at it in an even more positive way. The big picture is the next five years. If I can stay fit and healthy and keep putting myself in position, I believe I can begin to perform consistently again. The level on tour is as high as it ever has been, but I am realistic and believe that if I put myself in the latter stages enough I will convert one. I am very appreciative that I am now able to compete. I’ve been playing well for the last 18 months I’d say, but it is hard to balance it all together. In previous years I took it all for granted. I think I will have some good results over the next five years.

“You need to be patient and realise it might not be the very next tournament. Your mind takes a battering when your ranking is going down and you miss out on invitational tournaments like the Champion of Champions and the Six Red World Championship. It is heartbreaking watching the other guys compete in those events. Coming through all of that has made me stronger.

“I feel that at 38 years old, I’ve seen pretty much everything there is in the game. I’ve won tournaments, I’ve played in the one table situation at the Crucible, I’ve been successful abroad, but I’ve also had a dog of a time. If I can win another ranking event that will be the best tournament I’ve ever won. I was done physically and mentally. Going full circle would have been an amazing thing for me.”