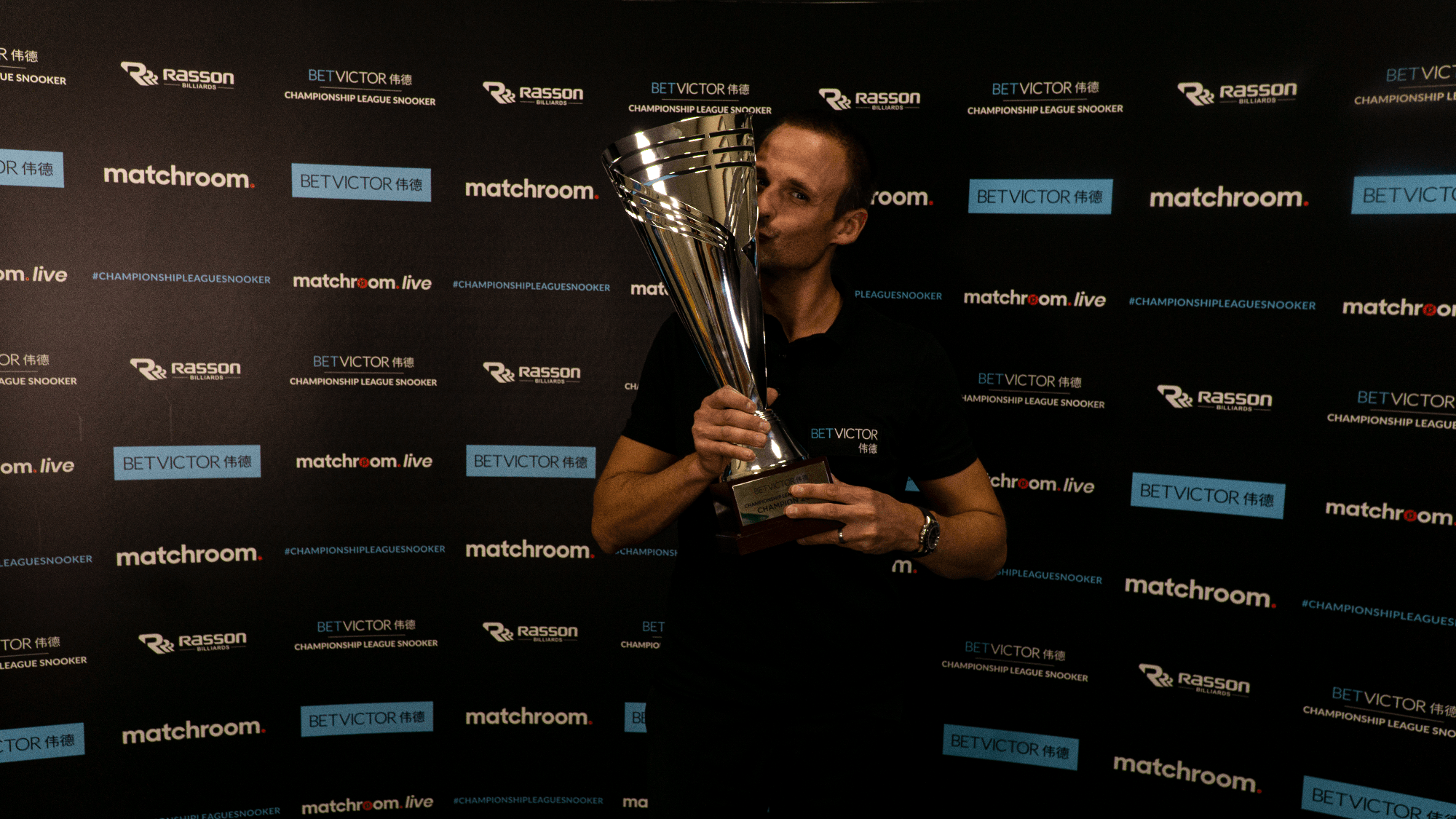 David Gilbert experienced a crowning moment when he picked up a maiden ranking title at the recent BetVictor Championship League, now he hopes he can press on and accumulate further silverware.

The Tamworth cueman defeated Northern Ireland’s Mark Allen 3-1 in the title match to finally land a first title after 19 seasons as a professional and four ranking final losses.

Since then Gilbert has followed that victory up with a run to the quarter-finals of the matchroom.live British Open and he defeated Ian Burns 4-0 today to qualify for the final stages of the BetVictor Northern Ireland Open.

David, congratulations on your win at the Championship League. What was your immediate reaction when you got over the line in that final?

“I just finally smiled I guess, which is quite rare playing snooker. It is a nice feeling to finally be able to go back to the snooker club and not have to listen to the local guys, who have hammered me for years. They can’t really say anything. It is there in black and white. I am a winner. Happy days.”

Does the struggle to get to this point make it even more satisfying?

“I’ve had it, maybe ten years ago, when I’ve won a couple of games and been delighted. I’ve got to the next bit now, where I want to win events and I know my game is there to do it. When you have that mentality, unless you do go home with the trophy, then you are disappointed. Last week at the British Open I genuinely believed I could win that competition and when I lost to Gary Wilson, I went home and sulked for half an hour before going back to normal. It is a tough sport we are in and a tough world.”

Do you believe that the win will act as a monkey off the back and increase your chances of winning further events?

“I certainly hope so. I’d love to get into another position to win an event this season. I don’t want it to take another 20 years, that is for sure. I’ve got to make the most of the next five years. I am 40 years old and not a young pup. I never had a 50/50 game in a final before this, I’ve played legends in all of them. There is only one final that irritates me. The rest of them I am perfectly fine with. Now that win is done with, hopefully we are alright. People forget that there are 60 other players that feel they can win. Ronnie O’Sullivan is the greatest player ever and he doesn’t win everything. People say he is unbeatable but he isn’t. For normal people like me, winning an event isn’t an easy thing to do. Only one of us can go home with the trophy, but I hope I will be able to do it again soon.”

I assume the match you are referring to is the 2018 World Open final, which you lost 10-9 to Mark Williams having led 9-5, how difficult was it to get over that one at the time?

“That was the start of a big turn for me in my game. I got to that final unexpectedly, but I felt I played well enough to win it. That is undoubtedly the toughest defeat I’ve ever had. It still irritates me now. Nothing against Mark, he is clever, crafty and has balls of steel. I took a bit of hope from coming so close to winning that event, but it really did hurt me. It meant nothing to me having a good run and winning £75,000. It was about all of the years of sacrifice. I just wanted to pick up a trophy. I’d have given the money back to win that tournament.

“I’ve had to learn the hard way at this game. A lot of that is down to myself and how I applied myself years ago. I don’t mind taking baby steps. I’m always learning. It is harder to adapt and learn when you get older. I wish I did things differently years ago but I’ve made big inroads. It is nice to have had some better times on the table. There are a lot better players than me that haven’t been to the semis at the Masters and the one-table setup at the Crucible.”

What would it mean to press on and become a multiple event winner?

“For most of my playing career I never thought I could win. I suppose it is only the last few years where I went to tournaments thinking I had a chance to compete and go deep. I had some near misses and good runs in big events. They do add up and to go from thinking I couldn’t win, to being on the verge of scooping the jackpot can be difficult. There were moments where I thought I had blown my chance. It was lovely to get any win on the board. It didn’t matter if it was the Championship League, the Shoot Out or the UK Championship. A win is a win. I won’t get carried away and start talking like I’ve read every self help book going. I want to win another one now. Whether that will happen I don’t know. I will keep putting the effort in and keep trying to improve.”