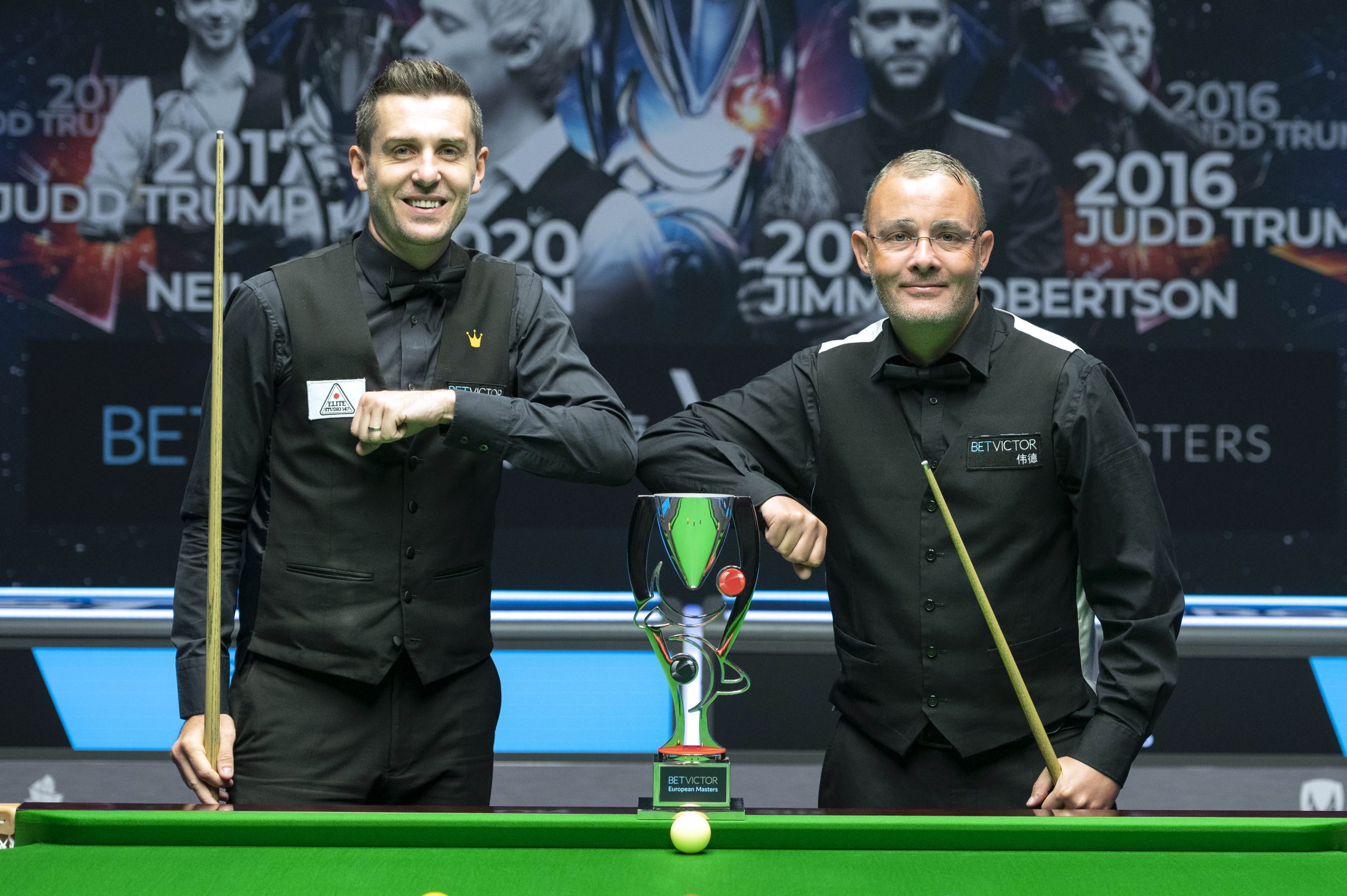 Martin Gould came from 4-0 down to end the first session of the BetVictor European Masters final locked level with Mark Selby at 4-4.

The pair will return this evening at 7pm, to play this best of 17 encounter to a finish and discover the destination of the £80,000 top prize.

Gould came close to relegation from the circuit at the end of last season, but qualified for the World Championship to cement his professional status. The Pinner Potter would move from his current world ranking of 53rd to 26th if he were to win tonight.

Selby is aiming to keep up his remarkable run of consecutive victories in ranking finals. The three-time World Champion has won all of his last nine title matches. Victory this evening would mean he has won at least one ranking title in all of the last ten seasons.

It was the Jester from Leicester who started quickest this afternoon. Breaks of 130 and 96 helped him to establish his 4-0 cushion at the mid-session.

Selby had a chance to enhance his lead further when they returned. However, he broke down on a break of 59 and allowed Gould to clear to the black with 33 to get his first frame on the board.

Further runs of 70 and a sublime 131 aided Gould in making it four on the bounce and make it 4-4, setting up a showpiece finale this evening.