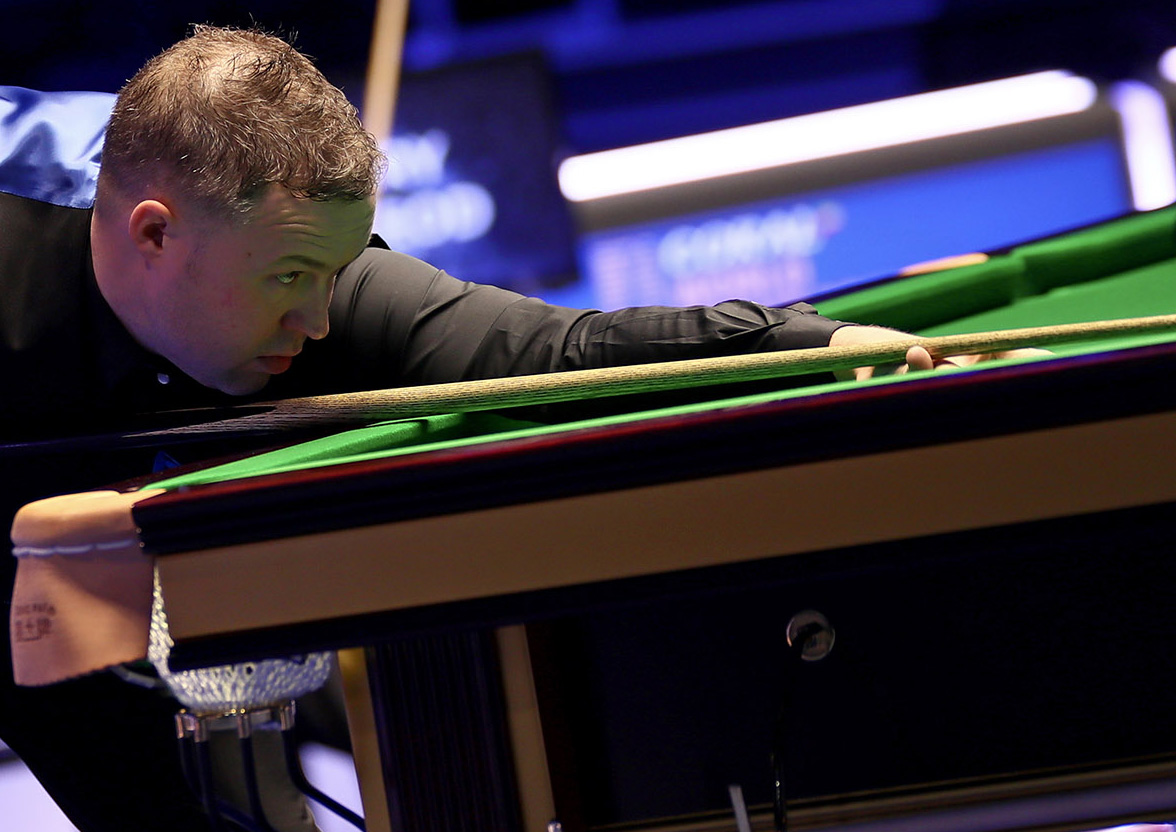 Former English Amateur Champion Ben Hancorn believes age is no barrier to success, as he embarks on a tour survival quest in just his second season as a professional at 39 years old.

Hancorn, who won the 100th running of the English Amateur Championship last year, also came through 2020 Q School to earn a maiden stint on the World Snooker Tour.

The Bristolian had turned away from the sport between 2007 and 2017 and believed his professional dream had disappeared. However, 14 years after hanging up his cue, he finally earned a place at snooker’s top table. Hancorn was given a sabbatical, which he is still on, by current employers Ocado last year after making it through Q School.

It was a difficult time to join the circuit, with the tour being staged behind closed doors due to the coronavirus pandemic. After a mixed first season, from which the highlight was a win over Ronnie O’Sullivan at the WST Pro Series, Hancorn stepped out in front of a crowd for the first time at the matchroom.live British Open in Leicester.

He fared well, scoring impressive wins over England’s Joe Perry and Scotland’s Scott Donaldson, before bowing out against an inspired performance by China’s Lu Ning. Hancorn says that the return of crowds can inspire him to success.

Hancorn said: “Joining the tour at the time that I did meant it wasn’t what I had expected. I was of course grateful to be on the tour, but it was just at a very strange time. The British Open was absolutely amazing. I was nervous because there was a crowd, but now that I’ve done it I actually found it to be a lot easier than the behind closed doors matches. You feed off a crowd. They take the nerves off you once you get out there. It was better, I was more concentrated and more determined to do well. I loved it.

“I’ve seen it all now. The last box to be ticked was competing in front of a crowd. I’ve got nothing to fear anymore. I know if I play well I can beat anybody and I know the standard is also very high. I’m really looking forward to the challenge and working hard for the rest of the season.

“It was a struggle against Joe, it was always going to be that way. The match against Scott was probably the best I’ve played on the tour. Believe it or not, I was even better against Lu Ning, but he literally didn’t miss at all and beat me 3-1. He was phenomenal that day. There’s not a lot you can do. That was the first match that I’ve ever played in where my opponent literally made no mistakes. The Chinese players are phenomenal. They all play in a similar manner. They basically just don’t miss. It is like they have ice in their veins. Lu was so cool and calm in that match. It is a shame, as I was just starting to feel good, there was nothing I could have done in that match.”

Hancorn now faces a battle to retain his place on the circuit. He must improve his ranking from 85th in the world to gain a place in the top 64 to ensure survival. Otherwise he needs to enjoy a strong enough campaign to finish among the best placed players on the one-year list, that haven’t obtained survival through being in the top 64. 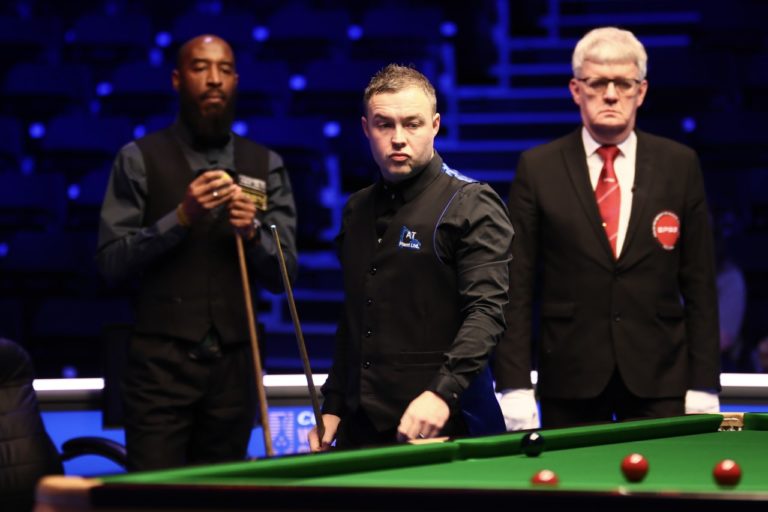 The 39-year-old is fully aware of the task ahead of him, but thinks that coming to the tour at a later age may work to his advantage in terms of dealing with the pressure.

“I don’t believe it matters how old you are. I look in amazement at what guys like Ronnie O’Sullivan achieved in the 90s. To win tournaments at 17 years old is ridiculous. To deal with the pressure at that age is incredible. I think youngsters coming on the tour now have a lot to deal with. It really is make or break. You need to have a brain of steel to deal with that. For me, I know I’m not going to be earning millions of pounds. I’ve done it to tick a box and go for the challenge.

“The tour survival element this season does impact my mentality a little bit, obviously. I know what I’ve got to do. When February time comes around next year, I will be looking at it with a fine tooth and figuring out what I need in terms of results. I believe I’ve got every chance of staying on. I’ve got some tough matches coming up, Stuart Bingham in Northern Ireland and Neil Robertson in the Scottish. If I play well then I can compete with anybody. I just have to keep learning. These situations are new to me and I am getting better at dealing with them all of the time.”

Last season ended with a disappointing first round defeat for Hancorn at the hands of Austrian Florian Nussle at World Championship qualifying. Immediately after that loss he set about upping his standards for the current campaign and thinks he is now ready to reap the rewards.

“I had a week off after the World Championship. I was devastated to lose that match. When I got over that, I realised that my job was to survive and I needed any edge that I could get. I just kept practising throughout the summer. I didn’t stop and I think it showed a little bit. There are a lot of players that have spent a bit more time on the golf course and weren’t as sharp. My job is to stay on the tour, I didn’t deserve to have six weeks off. I needed to keep working hard.

“I’ve been practising with Rob Milkins, Mark Joyce, Martin Gould and I think I’m playing with David Gilbert next week. I can’t just be in my own surroundings on my own table. I need to be getting out there and playing guys that are better than me at the moment. I need to learn from them and keep progressing. That travelling and learning does improve my game. You can be lazy and think you can get by in your own comfort zone but it doesn’t work in the end.”