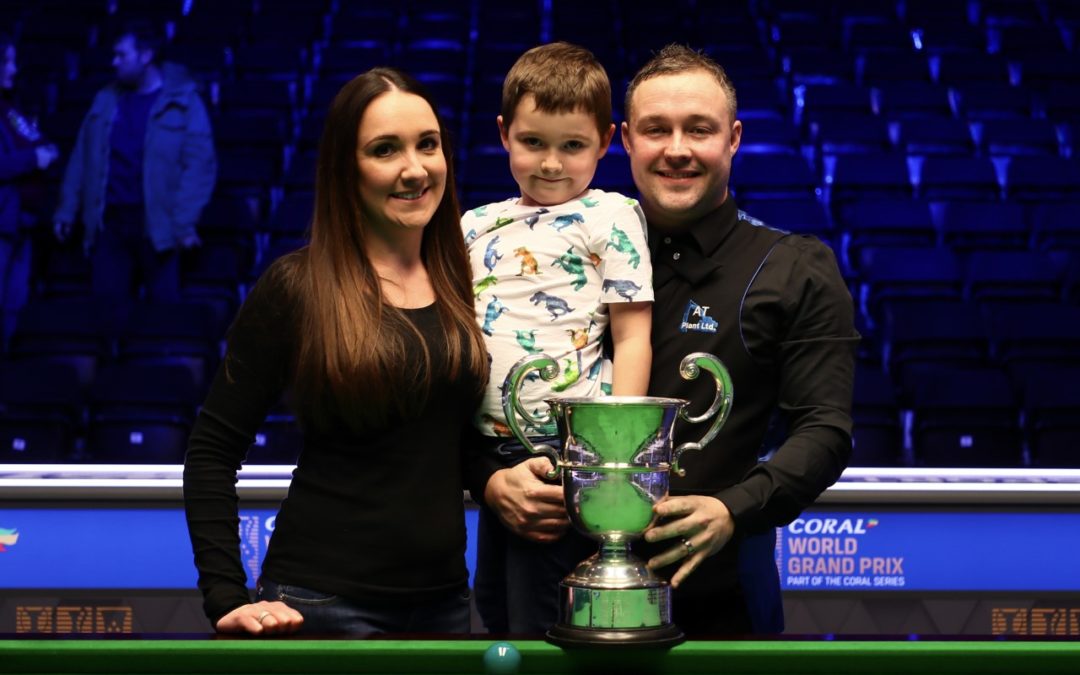 The hunger and fire was stoked with his victory at this year’s English Amateur Championship, the 100th running of the event. To mark the occasion, the final was played in the main arena at the Coral World Grand Prix in Cheltenham. He beat Rory McLeod 5-3 to lift the title.

Ben, congratulations on earning your place on the circuit. What was the feeling like when you got over the line at Q School?

“When you are a young snooker player, you have parents by your side and you have this plan. In five years time you want to be here or there. It didn’t work out for me. It wasn’t anyone’s fault, it is just how it worked out. However, 22 years later, my plan has come true. It is an unbelievable feeling. I had to wait a long time, but I’ve finally got there. I didn’t think about what I was about to achieve until I was on a break of 84 in the last frame of the final round.  I had the blinkers on so much and was so focussed. It really hit me. I had a moment of relief and the hard work paying off.

“I always thought that I was capable of getting on the tour. It isn’t easy to get there. There are only 128 players in the world that can do so. After many years of trying, including a big break away from the sport between 2007 to 2017, I’ve finally done it. This is an amazing buzz. I got there eventually and it is a bit overwhelming. I’m looking forward to the tour kicking off.”

How much did your win at the English Amateur Championship motivate you, especially given the fact it was your first match in a professional arena?

“It definitely was one of those occasions that gives you even more of an urge to get there and do it again. That was the best thing that could have happened to me. The venue was amazing and I wanted to be able to compete in that environment again. You look down the list of winners and see people like Stuart Bingham and John Pulman. The runner-up list is pretty impressive as well. To win it any year is great, to win the coveted 100th event is a dream come true. It is something I will be able to tell my grandchildren.”

“I owned a club called Nailsea Snooker Centre, which my dad ran. However, we lost that due to the lease ending and we were unable to carry on from about 2005. So it was a case of getting myself a job and changing my plans.

“I worked in hospitality and trade, mainly pubs and I’m working for Ocado at the moment. I’ve had a long chat with my wife about whether to go full time with the snooker since getting my tour card. In 2017, I gave myself three years to get on the tour. Ocado have been fantastic giving me time off, they’ve been nothing short of brilliant. I’ve decided to take the time off during this period. I can’t see myself being able to do both, as the schedule is so busy, so it is now 100 percent snooker.”

You practised with Judd Trump when he first started playing the game. Was it clear even then what he would go on to achieve?

“I first met Judd when he was around about the age of seven, I was 17. He was a phenomenal talent even then. I am quite happy to say I was giving him a start at that age. However, by the age of nine or ten we were off level. Everyone could see that he was going to be something special. There was something different about him and that has obviously come to fruition. I know his dad Steve very well and it was great to see Judd blossom. It was always going to happen.”

What are your goals and ambitions now you have secured your place on the circuit?

“I can’t wait for the Championship League to get underway. The sooner the better. I just want to get my teeth into it. I am under no illusions. I know it is going to be tough. However, at my age I do have experience on my side. I think I can adapt quickly. I have played these guys before and I know how good they are. Of course, under match conditions things change. You either love it or hate it. I think I will love it, but that is up to me to prove now. I don’t want to just get on the tour, I want to stay on it. My biggest goal is to match it with the big boys and stay there.”