Hand In Glove: The Snooker Referees


“We can’t do it without them” is how master of ceremonies Rob Walker often introduces the referees before play. This band of men and women in the white gloves play a vital role in tournament snooker and are fascinating characters in their own right, as journalist and commentator David Hendon explains…

In the 1980s, a regular band of referees dominated the major occasions, the likes of John Smyth, Jim Thorpe and something of a holy trinity of officials in Len Ganley, John Street and John Williams.

Between them, this latter trio refereed all but three of the first 20 Crucible finals. They were snooker folk to their marrow, with a deep love of the game, who in the boom years suddenly found themselves catapulted if not to stardom then certainly cult status.

Ganley was a gregarious character who became for a while almost as famous as the leading players. Half Man, Half Biscuit even wrote a song about him – The Len Ganley Stance.

Keep your arms as rigid as a juggernaut
Clench your fists, point your knuckles straight ahead
Do your best to look like a teddy bear
Then try and pretend to look vertically dead

As Len’s celebrity rose, he acquired the nickname ‘ball-crusher’ after appearing in an advert for Carling Black Label lager in which he demolished a cue ball with his fist (the trick actually accomplished by filling a condom with sand). 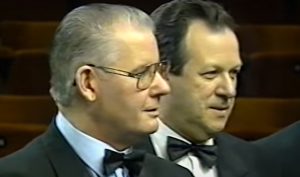 He had an irrepressible nature and always stood his ground. There was one player so adamant he should have been awarded a free ball that he demanded a second opinion. Ganley’s response was to have another look and say, “No, still not a free ball.”

A diabetic, he once lent over a player’s shoulder as they were down on a shot and asked them for a piece of their chocolate to boost his blood sugar levels.

Ganley was a thoroughly warm individual who did enormous work for charity, for which he was awarded the MBE. His son, Mike, is now tournament director for WST.

Street was instantly recognisable from his slicked-back hair and Devonian burr. He was known for being relaxed, so much so that he had a remarkable ability to fall asleep anywhere – when not refereeing. 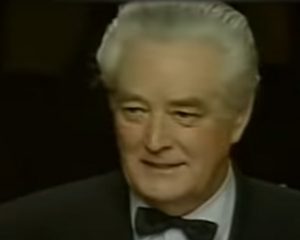 Typical of this trio, he didn’t tolerate any nonsense. Late on in Jimmy White’s maximum break at the Crucible in 1992, an over-excited spectator shouted out something which could have been off-putting, so Street shouted back, “shut up!” It did the trick.

There was another incident which could have left him prone to misinterpretation as a married couple noisily enjoyed some sweets in the front row, leading Street to call out, “sir, please shut that bag up.”

His last major engagement came at the 1997 Masters final between Steve Davis and Ronnie O’Sullivan, which was famously interrupted early on by a female streaker. O’Sullivan can be seen pressing his hand to the then veteran Street’s forehead to take his temperature.

Williams, who refereed a record nine Crucible finals, was renowned for being tough and not standing for any messing. He ran the Pontin’s festival at Prestatyn with a rod of iron, scratching anyone who was even a few seconds late for their match.

He had the distinction of refereeing all three Crucible finals which went to deciding frame finishes: the classic 1985 black ball duel between Dennis Taylor and Steve Davis, Stephen Hendry’s 1994 triumph over Jimmy White and Peter Ebdon’s defeat of Hendry in 2002. 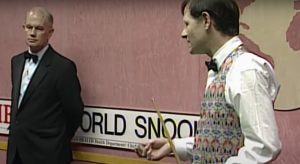 Towards the end of Alex Higgins’s career, when he became more volatile than ever, it invariably fell to Williams to referee his matches. During what proved to be Higgins’s last World Championship appearance at the Crucible in 1994, he asked Williams to move, complaining he was in his peripheral vision.

In a later qualifying match, Higgins was to raise the ante of absurdity even higher by asking Williams to move on the basis that “you’re standing in my line of thought.” Once again, Williams did not move. Alex Higgins did not intimidate him.

Like Ganley, Williams had a brush with showbusiness when he was asked to play himself in the 1985 film Number One, which featured Bob Geldof as an Irish player with a troubled personal life gunning for the world title, effectively a Higgins surrogate.

Williams duly took charge of the semi-final of this fictional World Championship but was somewhat unceremoniously replaced for the final by Freddie ‘Parrot-Face’ Davies, a popular comedian of the time.

When snooker went open in the early 1990s, more officials were needed and a new generation of referees established themselves.

One of the best was Lawrie Annandale, who had partnered a young Stephen Hendry to the Scottish amateur doubles title. He was also a celebrated cue doctor, with Hendry once flying him to a tournament in Belgium to replace his tip.

Like Ganley, Street and Williams, you always knew Annandale was in charge and he was to take on a more senior role behind the scenes. In this capacity he went innocently to Japan in 2001 to officiate at the World Games – an event for IOC-accredited sports not part of the Olympics – and, due to withdrawals, ending up playing.

At the 2004 World Championship he had to get between Quinten Hann and Andy Hicks when they squared up to each other after their bad-tempered first round match, the genesis for what would become Hann’s bizarre three-round boxing contest with Mark King known as Pot Whack. 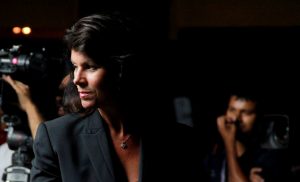 Alan Chamberlain, Colin Brinded, Eirian Williams and John Newton were other leading referees who would take charge of the showpiece Crucible finale and, in 2009, Michaela Tabb made history by becoming the first woman to referee a world final. This was a trail-blazing moment and many more female officials have since come through in her wake.

There is also now noticeably an international flavour to the roster of referees, with officials from countries including China, Germany, Malta, Bulgaria, Belgium, the Netherlands, Romania, Poland and Belarus having been brought through by assessors and senior refs Jan Verhaas, Paul Collier and Brendan Moore, a formidable trio in the mould of Ganley, Street and Williams who between them have taken charge of ten world finals.

It can involve punishingly long hours and long periods of concentration, but the referees are a dedicated bunch, keeping order and ensuring everything is as it should be, with modern burdens such as mobile phones adding to the strain.

They are a convivial lot doing an important job. It’s often said that the sign of a good referee is that you don’t notice them, but that doesn’t mean we shouldn’t celebrate their contribution.

It really is true: we can’t do it without them, and not just on the table. Many referees have second jobs. Olivier Marteel, who took charge of the 2015 world final, is a nurse and currently on the frontline of the battle against coronavirus in Belgium.

Even more of a reason to salute the men and women in the middle.