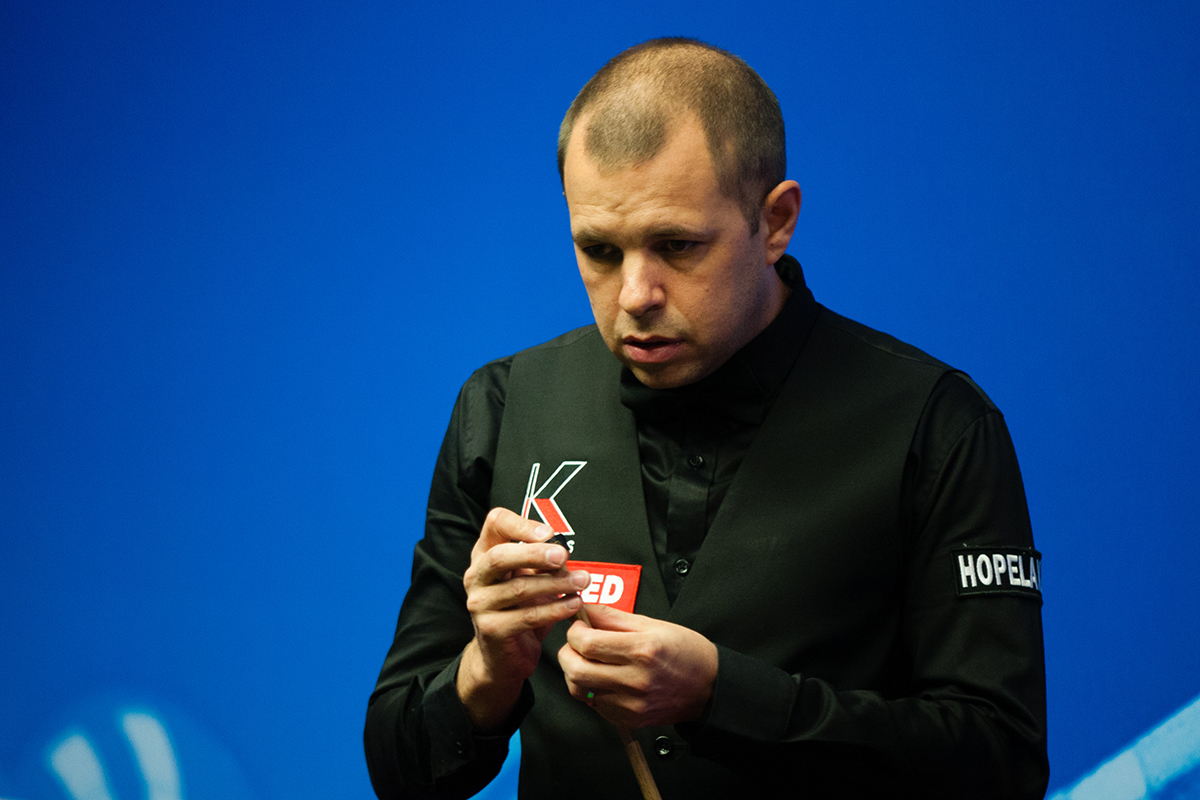 Barry Hawkins has been one of the most successful players at the Crucible over the last decade and he hopes that this year’s Betfred World Championship can introduce a new audience to snooker.

The 2020 running of the event has been postponed due to the ongoing Coronavirus crisis, but a recent announcement has seen the Sheffield showcase rescheduled to 31st July until 16th August pending government advice.

We’ve caught up with three-time ranking event winner Hawkins, who has reached four World Championship semi-finals and a final since 2013, to discuss his Crucible record and look ahead to the coming months…

Barry, how much are you looking forward to the Crucible if it can go ahead as scheduled?

“It is a tournament everyone looks forward to. We all build up and work towards it and everyone will probably be starting to miss playing now with lockdown. A couple of months ago it was different. It is easy to get a bit fed up with playing all of the time. This break gives time with the family, but now I’m looking forward to getting in a routine, hitting a few balls and trying to get sharp for the end of July.

“I think snooker is one of the few sports where if it is closed doors, it won’t impact on the TV audience too much. It is great to play in front of a crowd, but snooker is also the perfect TV sport. We may open up a new audience during this World Championship. I suppose there could be viewers that we haven’t had before and we could get even bigger viewing figures. I hope it goes ahead and whether it is closed doors or not, we need to get going.”

What was it like experiencing the one-table setup for the first time in 2013 and beating Ricky Walden 17-14 in the semi-finals?

“It is strange to think that was seven years ago. I can remember winning my quarter-final and I couldn’t believe I was still in the tournament and going to be playing in the one-table setup. I struggled right the way through the match against Ricky until the last session. I was 12-8 down and all of a sudden was 16-12 up, it then felt very twitchy to get over the line and reach my first ever final. When I potted the winning balls, it was an amazing feeling. I remember a shot with the rest down to one of the black pockets, one of the commentary boxes was empty and my coach at the time, Terry Griffiths, had sneaked in to watch the winning moments. I spotted him and thought to myself please don’t miss this. Luckily for me, I got it and I could see he was over the moon. That sticks in my mind clearly and was a great moment.

“It completely changes when you go down to one table. Only people that have played in that setup could understand it. The first few rounds are cramped and tight. When you walk out for the first time in the semi-finals, it feels quite big. The atmosphere changes and all eyes are on you. It is very daunting, but at the same time an amazing arena to play in.” 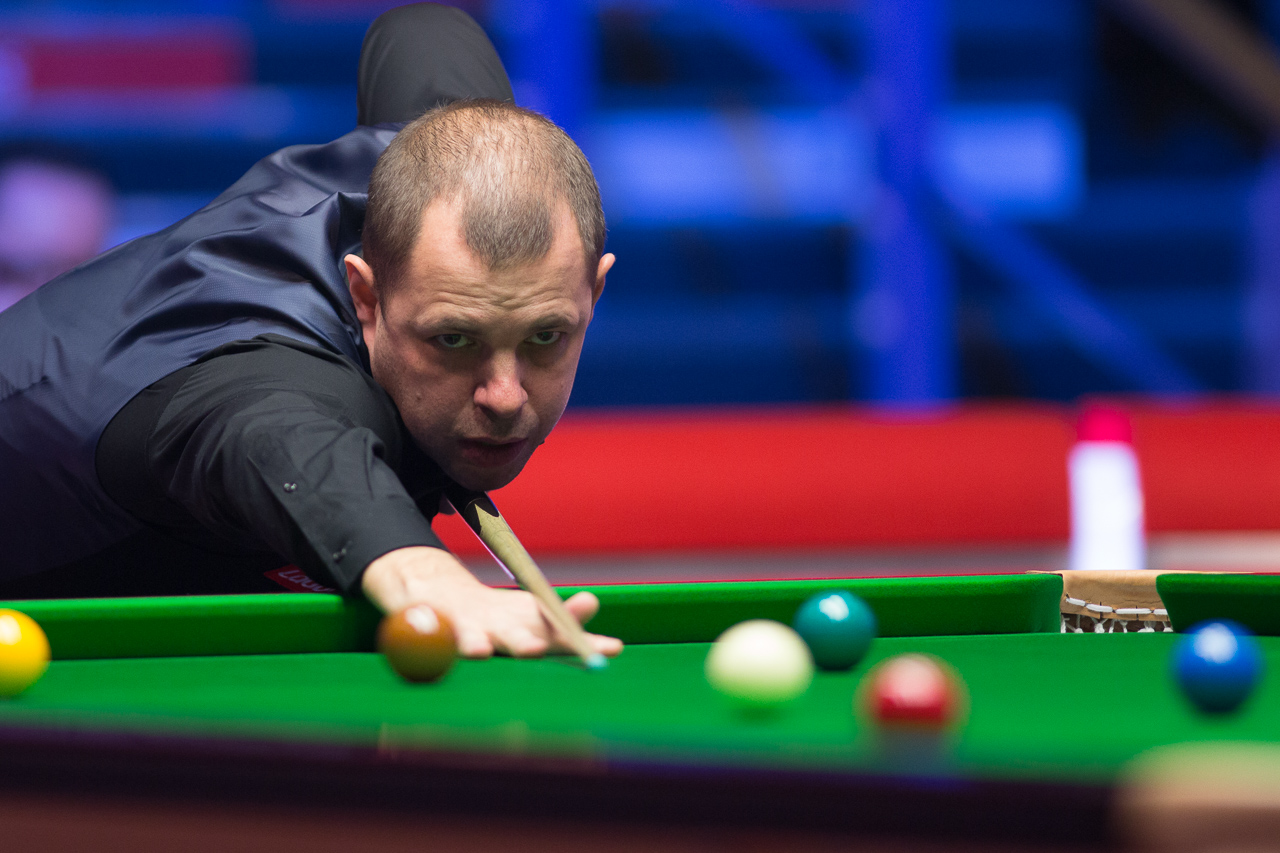 You faced Ronnie O’Sullivan in the final and lost a high quality contest 18-12, what was the experience like?

“Other than lifting a trophy, it was probably the best moment in my career to play in a world final. Although I lost, in some ways it was the best person I could have played, because the occasion was so big and the atmosphere was electric. There is something that only Ronnie can do in terms of generating an atmosphere in the crowd like that. It was an unbelievable experience and something I will never forget, it was a shame I didn’t win but I gave it my all. It was a really high standard match and something to be proud of.”

Were you surprised at the level he played to throughout that event having taken a year off in the lead up to it?

“Nothing surprises you with him. He is a one off in snooker. He relishes challenges and I think that sometimes he needs things like that to get himself up for matches. You could see from the moment he kicked off in that tournament, he was bang up for it in every match. He probably played some of the best snooker you could ever see over the two weeks and I can hardly remember him missing a ball in the final. It was a great standard.”

What is it about the Crucible that seems to bring out your best snooker?

“A few people have asked me this question before, but I cant put my finger on it. It is strange. I prepare the same and turn up every year exactly the same. I love the atmosphere and I love the arena. I suppose I get up for that event more than any others throughout the season. The long format seems to suit my game. I get in the same rhythm and I feel relaxed there even when the pressure is really high. It does bring the best out in me.”