Hawk Flies Through Against The Cyclone 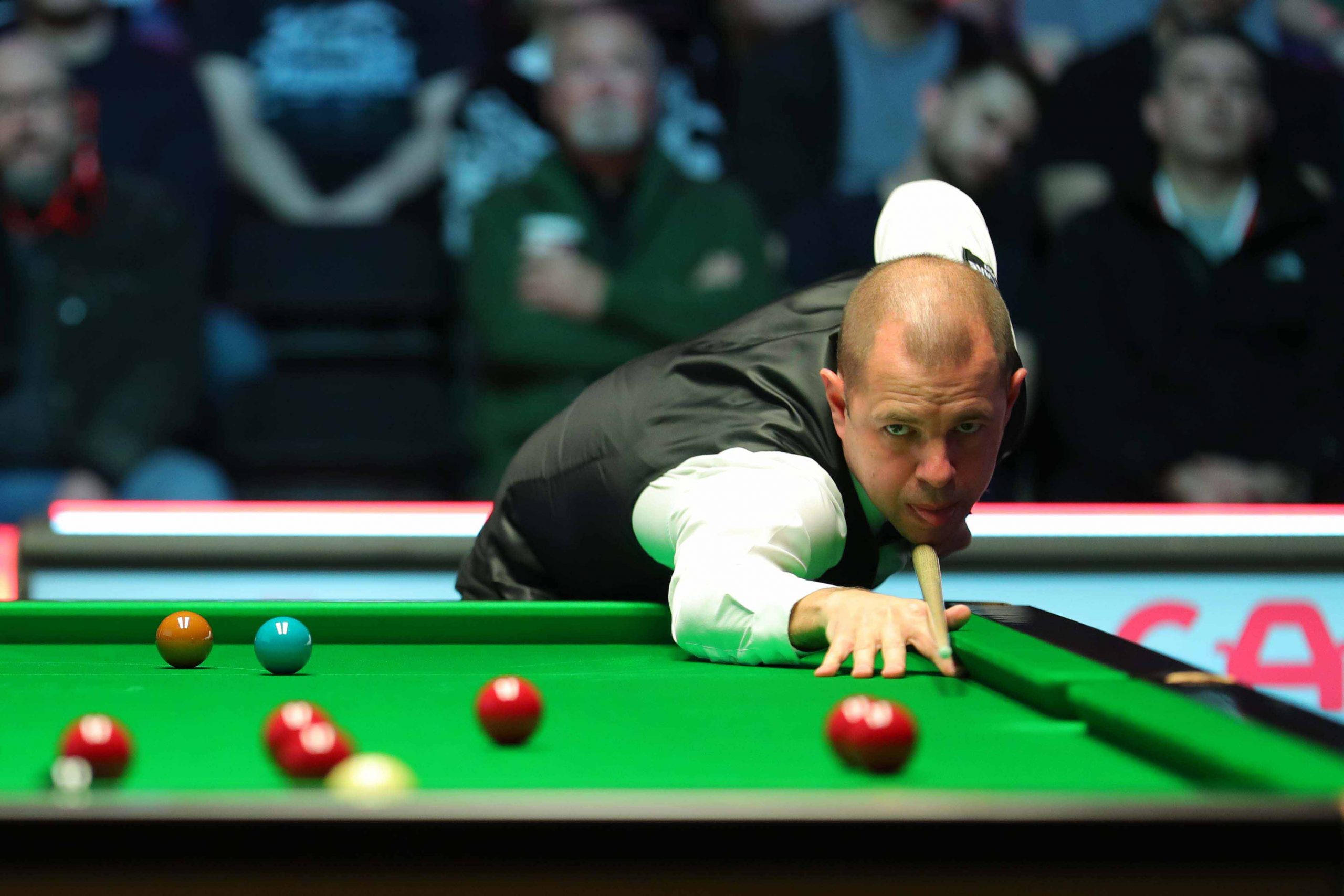 Barry Hawkins only narrowly earned a place in this year’s Cazoo Players Championship, qualifying in 16th position, but he scored a superb 6-3 defeat of top seed Zhao Xintong to reach the quarter-finals in Wolverhampton.

Hawkins failed to qualify for last month’s German Masters, meaning he was left to sweat on matches going his way, with only the top 16 players on this season’s one-year list earning a place this week.

A string of favourable results, including an early exit for world number one Mark Selby, saw Hawkins edge through. He finished just £1,500 in front of 17th placed Selby.

The Hawk is aiming for a first ranking crown since the 2017 World Grand Prix. However, the three-time ranking event winner has been in great form so far this season.

Hawkins made the last four of the Cazoo UK Championship in December, where he was beaten by Zhao. The Londoner also went on a superb run to the Cazoo Masters final at Alexandra Palace. He won an epic semi-final with Judd Trump 6-5, before falling short against Neil Robertson in the title match.

China’s 24-year-old Zhao posed a stern test for Hawkins this afternoon. He has been the form player of recent months. Zhao landed a maiden Triple Crown title in December, after turning his semi-final win over Hawkins at the UK Championship into silverware, with a defeat of Luca Brecel in the final. He also beat compatriot Yan Bingtao 9-0 in the final of the recent German Masters.

Former Crucible finalist Hawkins stamped his authority early on this afternoon. Breaks of 63 and 91 saw him establish a 2-0 advantage. Zhao reduced his arrears, but a further contribution of 91 earned Hawkins a 3-1 lead at the mid-session.

When play resumed Zhao surged back into contention. Runs of 90 and 62 helped him to two of the next three to make it 4-3. From there Hawkins showed his class, by claiming the following two frames with breaks of 71 and 50 to run out a 6-3 victor.

“I knew it was going to be a really tough game. He is the man in form and must be super confident. He already beat me quite convincingly at the UK Championship in the semi-finals, so it was nice to play well and get a win over him,” said 42-year-old Hawkins.

“He is a top player now. We have all known about him for a while, but he has now proven what he is capable of. He is going to be at the top of the game for a long time now as he will be dedicated. He is very talented and makes it look effortless.

“I feel like I’ve been in good form over the last couple of seasons. To get to the final of the Masters was huge. I took a bit of confidence from that. If I can keep playing well and putting myself in these positions, then hopefully one day the door will open. It is such a difficult game and it is so hard to win any tournament.” 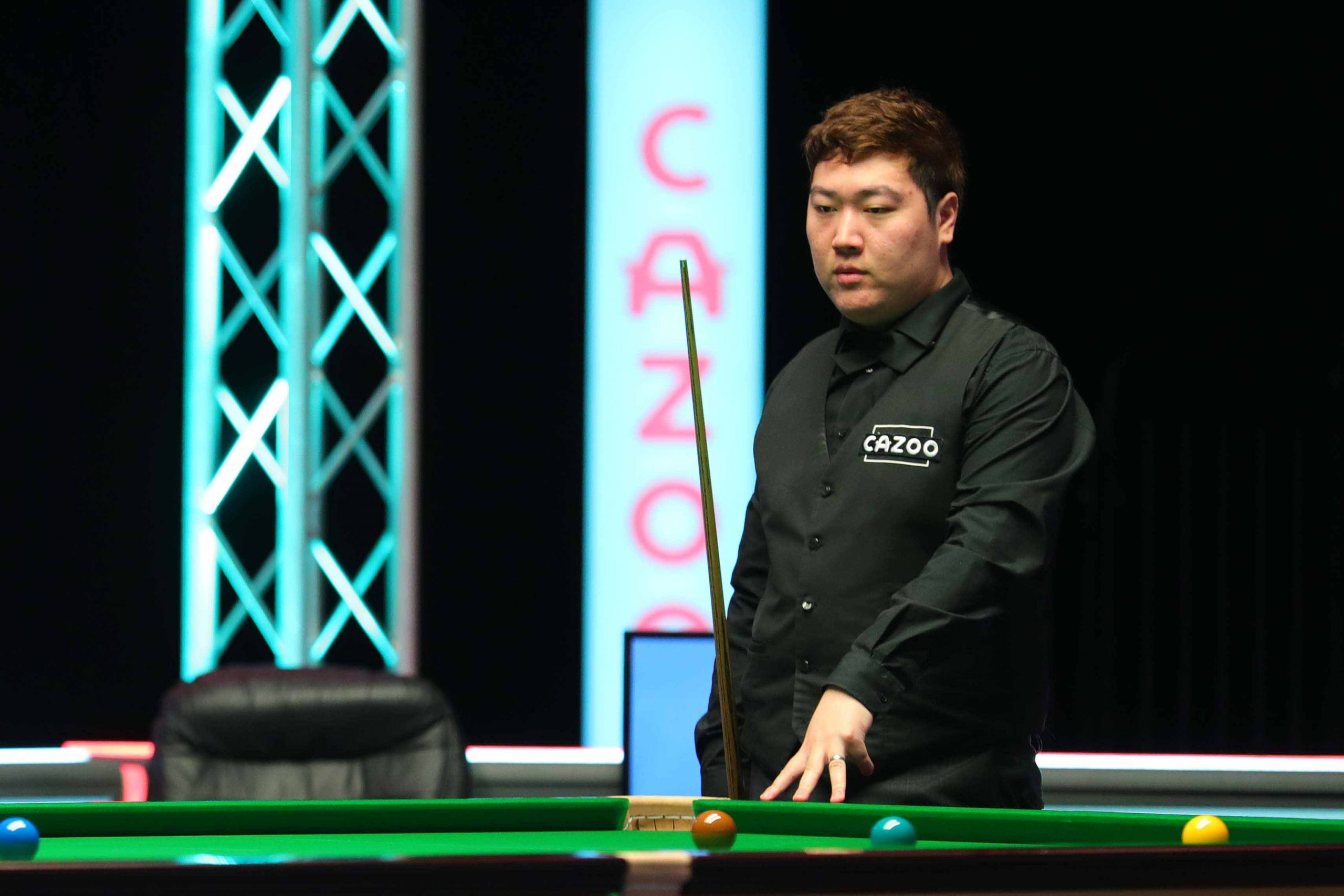 Hawkins now faces a quarter-final contest with Yan Bingtao, who held off a David Gilbert fightback to win an enthralling match 6-4 this afternoon.

Yan showed no signs of a hangover following his comprehensive 9-0 loss at the German Masters. The world number 13 summoned a break building barrage to blitz 5-1 ahead. Runs of 100, 80, 66, 135 and 123 moved him a solitary frame from the win.

Gilbert rallied to take three on the bounce and heap the pressure on a 5-4. Yan stood up to it and fired in a match winning break of 59 to reach the quarters.