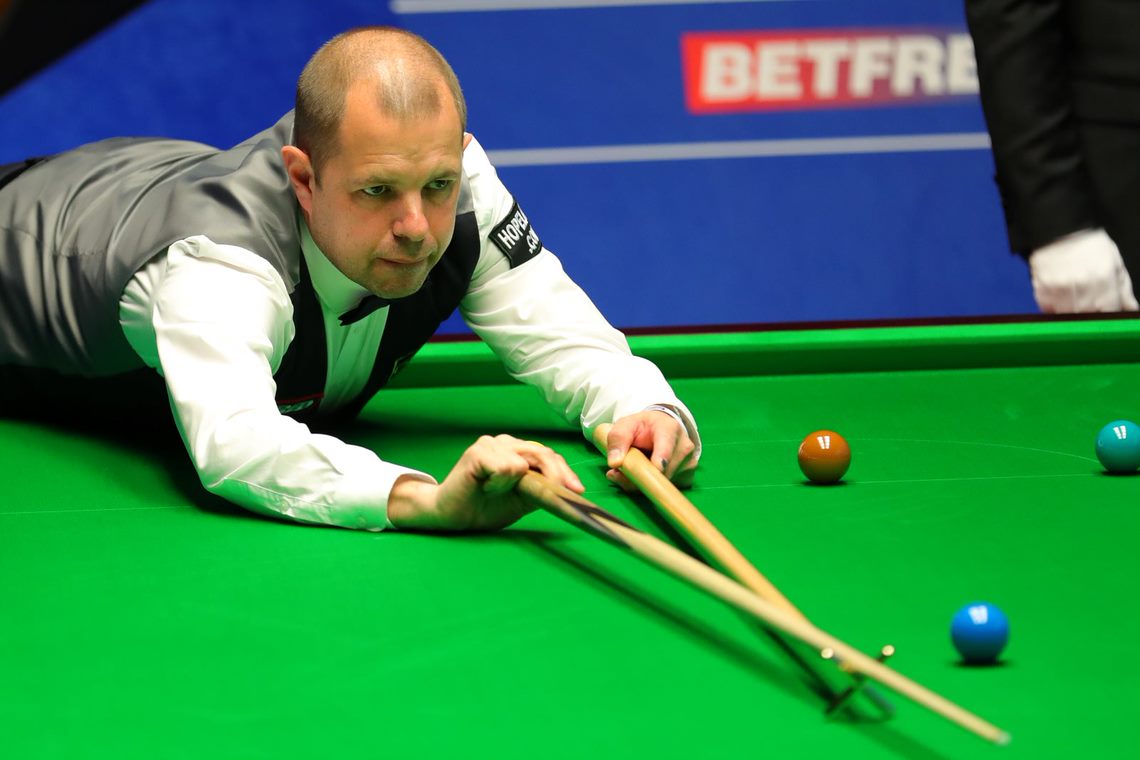 World number 13 Barry Hawkins admits that he had feared he may never lift silverware again, but a strong end to last season has rekindled title ambitions for the three-time ranking event winner.

Hawkins fell out of the world’s top 16 last year and missed out on a place at the Masters for the first time since 2012. However, runs to the semi-finals of the German Masters and Tour Championship ensured a return to the sport’s elite tier prior to the Crucible.

Despite his strong showings, Hawkins has suffered some heart breaking defeats since the turn of the year. He was 5-1 up on world number one Judd Trump at the German Masters, before falling to a 6-5 defeat. Hawkins then lost out 10-9 to Ronnie O’Sullivan at the Tour Championship, having led 9-6.

Barry, how much did it mean to you to regain your place in the world’s top 16 having suffered the disappointment of missing out on the Masters?

“If someone said at the start of the season that I’d get back into the top 16 for the Crucible, I’d have ripped their arm off. That was my main aim at the start of the year. I achieved what I wanted to do, so all in all it was a very good season for me. It was a tough year for everybody for obvious reasons. I didn’t have much else to do and luckily I was allowed back in the club, so I practised pretty hard throughout it all. I just played a lot. It gave me a little bit more motivation leading towards the season having that top 16 to aim for. It was a tough ask as the standard is so high. To creep back up into the 16 made the effort worthwhile.”

How hard was it to get over those semi-final losses to Judd Trump and Ronnie O’Sullivan?

“I felt that I threw those away. The semi-final against Judd was very frustrating. He played fantastically to come back at me, but I think that was one that got away. The big one was losing to Ronnie at the Tour Championship, as I haven’t beaten him that often. I was 9-6 up and felt like I was cruising at that point. I was in control, missed one red and it all turned on its head. Apart from those matches, I feel like I played pretty consistently all year and got better as the season went on.”

Trump played that incredible shot of the season green at 5-1 down in that semi-final. Do you think it acted as a catalyst to spark him into gear?

“He always plays the flair shots for the TV viewers. The frame was well and truly gone so he went for it. I was cracked up and we both started laughing. You won’t see many better flair shots than that. Afterwards he didn’t miss anything. It is just one of those things. That is snooker for you. It probably did settle him down to go on and turn the match around.”

Does going deep in those events give you confidence that a win could be around the corner?

“I did feel last season that I had a chance of winning one again. I didn’t for a while and I have to admit I was losing my way a little bit. I got my head down last season and I actually felt like there was a win in me. I might go the rest of my career and not win one again, but if I can keep putting myself in a position then there is hopefully a good chance.

“There were definitely times I thought I might never win one again. When you start losing matches your confidence gets knocked and it all drags you down. Getting beat early in lots of tournaments is just really tough. You get down on yourself, take your foot off the gas and don’t take it seriously enough. You get the hump with the game really. It is a bit of a vicious circle. I’m playing a lot now and feel a bit happier. That is the main thing really. I hope I can keep putting in some good performances on the table.”

How has your time away from the match arena been over the summer?

“We’ve had a bit of a nightmare over recent months. My son Harrison broke his leg quite badly. He’s been out of action for nearly four months. There’s light at the end of the tunnel and he is nearly there now. He just has to learn to start walking on it again. It’s quite bad. It was difficult at the start, with a full cast up to his groin. He’s been having physiotherapy and it’s been a crap couple of years to be honest with you. We are looking forward to having six weeks with him on holiday when he breaks up from school and getting him up and about, so he can be with his mates and socialise again.”