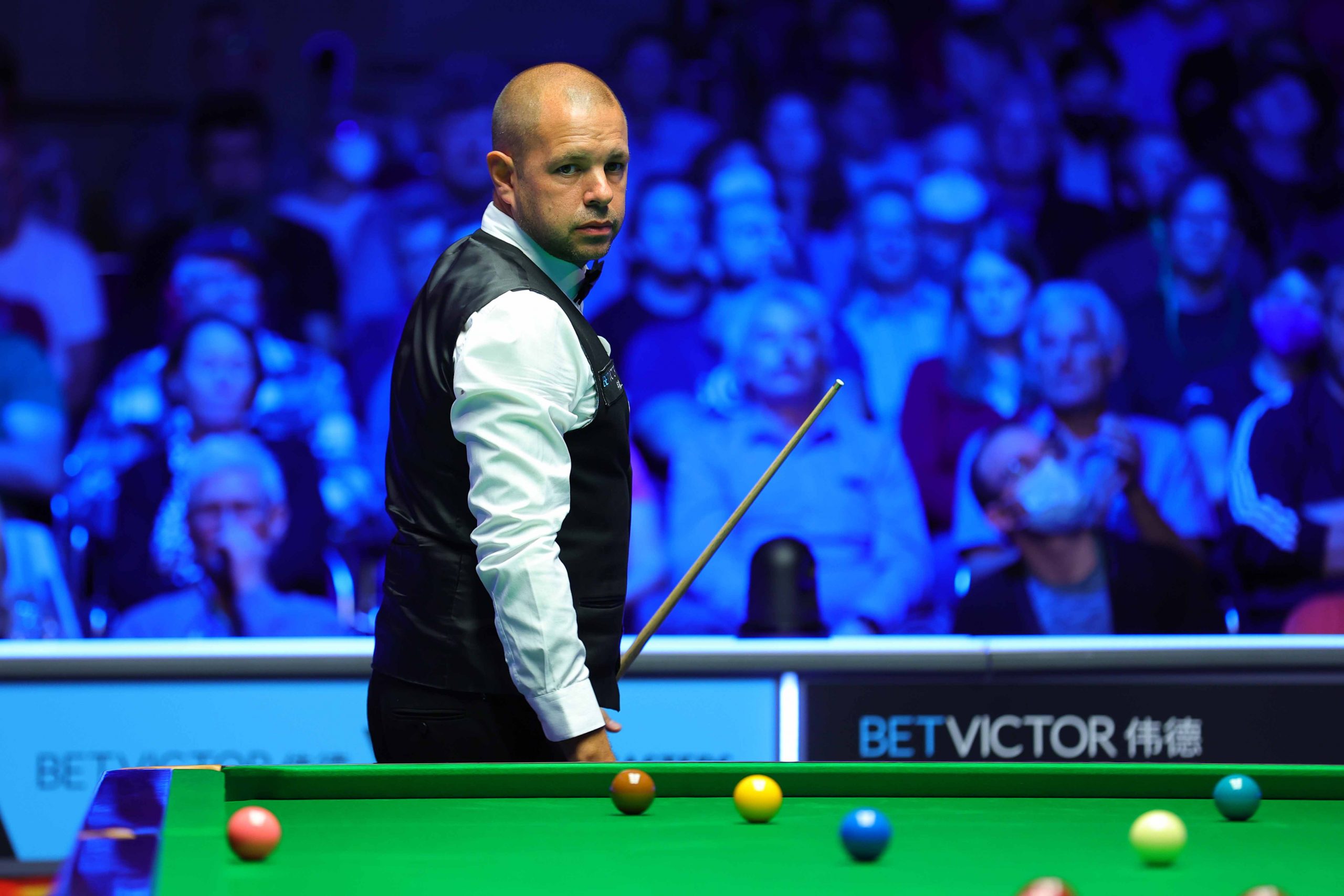 Barry Hawkins set up a repeat Fürth final with Kyren Wilson, after beating Mark Williams 6-2 in the last four of the BetVictor European Masters.

The Stadhalle is a happy hunting ground for the Hawk, who won the Paul Hunter Classic here back in 2019 with a 4-3 defeat of Wilson in the title match. Kettering’s Wilson has also enjoyed success here, having won the 2018 Paul Hunter Classic.

Hawkins and Wilson will face off over two sessions and the best of 17 frames tomorrow, with the winner picking up the £80,000 top prize.

Whoever holds the trophy aloft will also move to the front in the BetVictor Series. The player that accumulates the most prize money over the eight qualifying events will earn a huge £150,000 bonus.

Londoner Hawkins is also aiming to end a five year ranking title drought, with his last one coming at the 2017 World Grand Prix. Last season Hawkins lost finals at the Players Championship and the Masters.

Welshman Williams leaves Bavaria with the consolation of £17,500. Although this was the three-time World Champion’s best ever performance in this event, he will be disappointed to miss the opportunity to claim his 25th career ranking crown.

Hawkins made the best start this evening, coming from behind in the first two frames to take both on the pink and lead 2-0.

It was Williams who claimed a dramatic third to establish a foothold in the match. The frame came down to a re-spotted black, which he cross doubled to the green pocket. Williams then restored parity to head into the mid-session level at 2-2.

When play resumed it was Hawkins who sprinted for the finish line. A superb break building blitz saw him craft runs of 67, 89, 131 and 79 to take four on the spin and run out a 6-2 victor.

“The last four frames were a bit of a blur. When you get in that rhythm and get in the zone, it just comes quite easily,” said 43-year-old Hawkins.

“I’ve always shown Mark too much respect. I have so much admiration for the way he plays and what he has done in the game. Tonight I was determined to carry on what I’ve been doing in most of the tournament and concentrating on myself. Once I got into that little rhythm, I didn’t feel like missing to be honest with you.

“I played Kyren in the final last time we were here. It is amazing it has happened again. Myself and Kyren have good memories here. It is strange the way things work out. It will be a great final and a great atmosphere. The German fans love their snooker and I’m looking forward to it.”