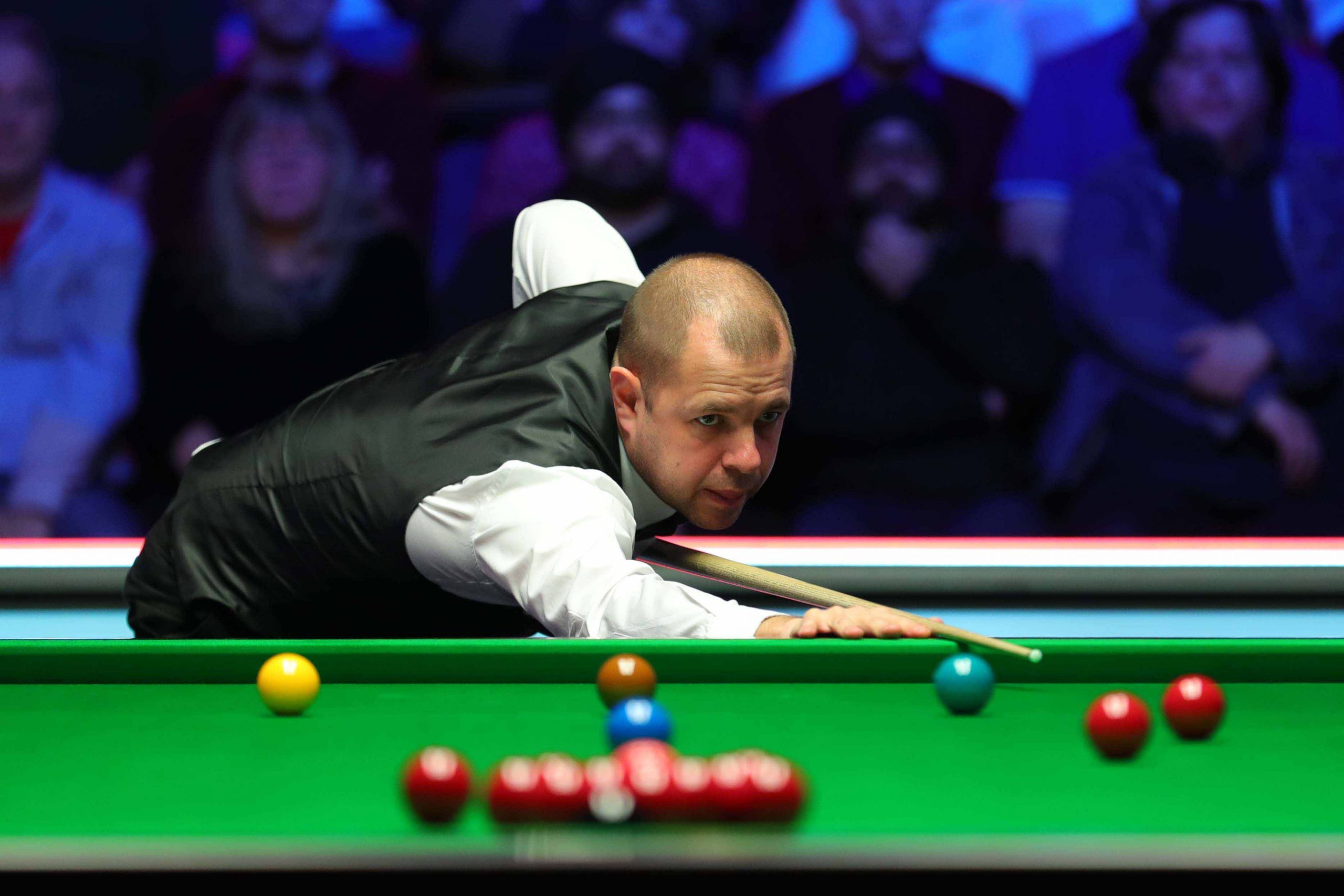 Barry Hawkins defeated Yan Bingtao 6-5 in an encounter which seven-time World Champion Stephen Hendry described in commentary as “one of the best 11 frame matches I have ever seen”, to reach the semi-finals of the Cazoo Players Championship.

Both players produced a scintillating standard this afternoon in Wolverhampton, each finishing the match with a 95% pot success rate. Between them they fired in ten breaks over 50, including four centuries.

Hawkins qualified for this week’s elite event by the skin of his teeth. Only the top 16 players on this season’s one-year list have qualified and the Hawk pushed World Champion Mark Selby out into 17th position to claim the final spot.

The Londoner has taken full advantage of his qualification and now faces a last four showdown with Ricky Walden, who he defeated 17-14 in the semi-finals of the 2013 World Championship.

Both Hawkins and Walden are attempting to halt a silverware drought this week. Hawkins last picked up a ranking crown at the 2017 World Grand Prix, while Walden’s last ranking win came at the 2014 International Championship.

Defeat for Yan leaves his hopes of qualifying for the eight-player Cazoo Tour Championship hanging in the balance. He currently sits in ninth place on the live one-year list just behind Walden.

Yan, who was runner-up at the recent German Masters, seized the early initiative this afternoon. The Tiger fired in back-to-back century runs of 139 and 103 to move 2-0 ahead.

However, three-time ranking event winner Hawkins was unfazed and breaks of 86 and 77 saw the pair head into the mid-session locked level at 2-2.

The relentless break building continued when play resumed. Former Players Champion Hawkins hit the front for the first time with a run of 95 to make it 3-2. From there they traded frames all the way to the finish line. 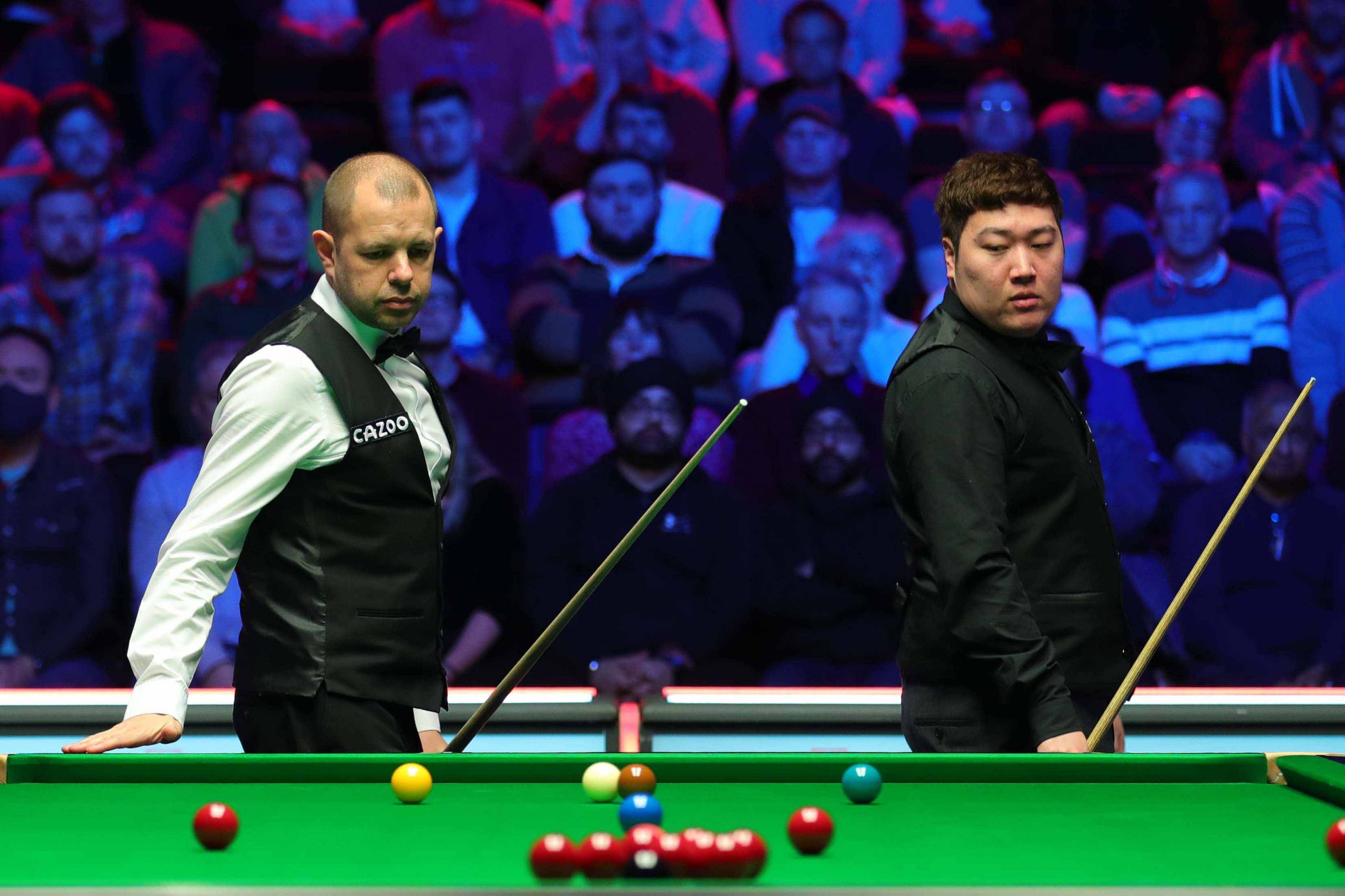 Yan composed breaks of 54, 98 and 132 on his way to moving 5-4 ahead, before Hawkins crafted a run of 126 to force a decider. A misfired long red from Yan allowed Hawkins a straightforward starter over the right middle and he pounced with a nerveless 73 to wrap up victory.

“We both played really well, we both scored heavily and didn’t make many mistakes. I don’t think I’ve played in many best of 11 matches as good as that,” said 42-year-old Hawkins.

“He butchered one long red in the whole match and that was in the final frame. He is such a strong all round player, he has a great temperament and is a great scorer and long potter. He is still so young and has so many years ahead of him. Both Yan and Zhao Xintong are fantastic players. The game is in good hands.

“It will be a massive opportunity for both of us in the semi-finals. I’ve grown up with Ricky since the junior days. We’ve been on the tour together for what feels like forever. It is a big opportunity for him as he is back in form and he has been looking for a result like this to push him up the rankings. It is going to be a really tough game.”