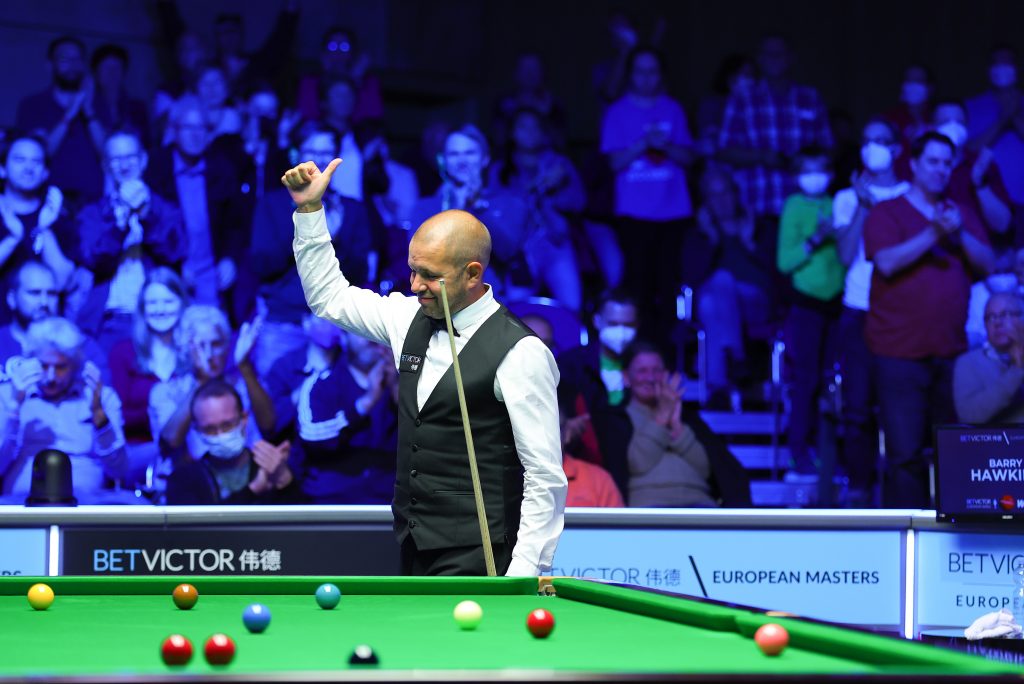 The final day of the summer holidays can be a hectic one for families. Scrambling around at the eleventh hour to ensure children have everything ready for when that morning alarm signals the beginning of a new academic year. In the Hawkins household, life isn’t too different.

A busy morning for Barry Hawkins was capped off by dropping his son Harrison, who returns to school this week, at the hairdressers. Yet he was undecided whether to spend the afternoon at the gym, as he returns to training himself for the Cazoo British Open, or to soak up the last remnants of the summer sun at the pub.

Hawkins has been keeping busy, though. Filling the time around the BetVictor European Masters with a couple of trips away, both abroad and in the UK. He’s also been helping Harrison build a new gaming PC from scratch after the one he bought a year ago has already been surpassed by a newer model. Such are the times we live in.

Now, following a good showing in the BetVictor European Masters a fortnight ago in Fürth and several sweaty sessions at the local club, the Hawk is raring for the new campaign to fully click into gear.

“I’ve had a couple of weeks off since Germany and I’m back to work from Monday,” said Hawkins. “That gives me a good few weeks to focus on the British Open and the tournaments ahead.

“Because the table at the club was so hot, I was starting at 8am, doing three hours on my own. Then I had all day to do what I want, like going to gym. So I’ll take that routine up again this week.”

Keeping on top of his fitness is something that Hawkins has incorporated into his regular routine. It acts as a remedy. Irrespective of form and the typical peaks and troughs snooker players experience throughout a season, exercise offers a release.

“If you have those dips you can get out of it quicker if you’re exercising,” believes Hawkins. “I’ve had that a lot in my career – when you can’t be bothered to practise or you’ve had enough. I’m sure everyone gets that in their day-to-day life, it’s draining. But the fitness 100% works for me. If I feel like I’m having a down day, I go for a walk or go to the gym. Even if I don’t want to be there, I’ll push myself.”

For the past couple of weeks, the world number nine has been reflecting on yet “another” loss in a final. Kyren Wilson was the latest player to inflict an all too familiar feeling on the 43-year-old, securing a 9-3 victory at the BetVictor European Masters last month.

Hawkins has three ranking titles to his name, but would admit that his tally could have been higher, having reached the semi-finals of ranking events on 29 occasions. Yet the Englishman is adamant his game hasn’t felt this good for some time.

“Overall in Germany, that’s probably some of the best snooker I’ve played for a long time consistently,” professed Hawkins. “There were spells where I’d have a spurt of three or four frames where I wouldn’t miss. Looking back it was a really good start to the season.

“But I would have liked to win the trophy, whether I played rubbish or not. Like Kyren said, the main thing was to win the trophy and he’s 100% right. It wasn’t pretty but what would you rather, come home the winner or runner-up? I know what I’d prefer. That was disappointing, especially given how I played leading up to the final. I really expected to play well in that final.” 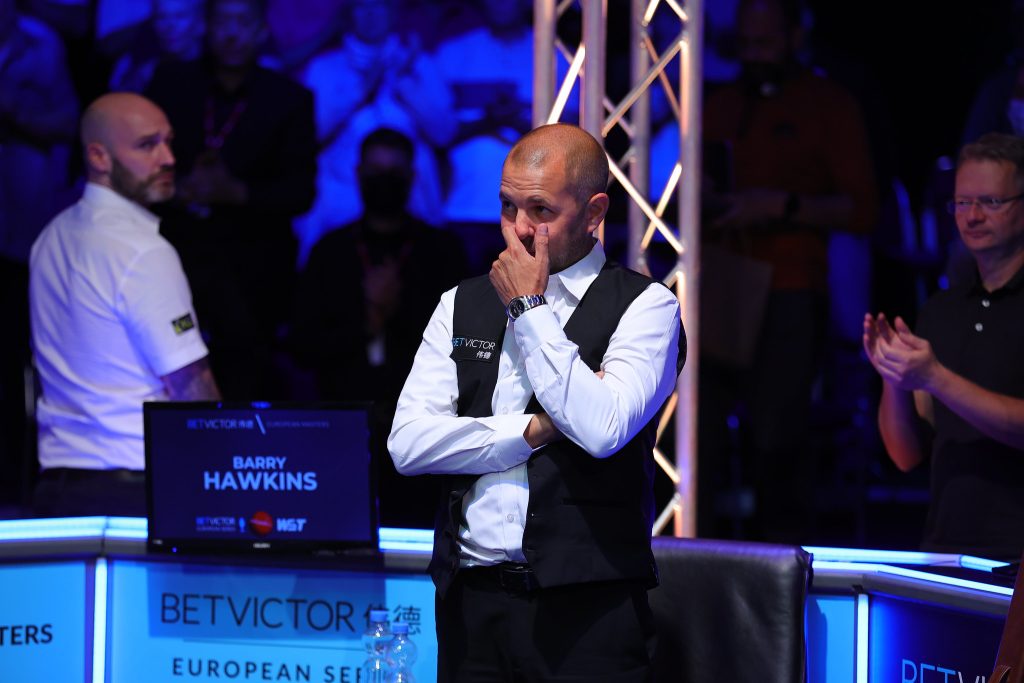 There are two sides to every story. And Hawkins is proof of that. Being a 12-time runner-up suggests he regularly falls at the final hurdle, however, it also demonstrates how regularly he reaches the business end of big tournaments.

“I feel like I’ve come up against some of the best players ever to pick up a cue in the Triple Crown finals,” he said. “Ronnie (O’Sullivan) has played out of his skin, last year it was Neil (Robertson), who was almost unplayable, like a robot. But I’ve got to look back and be proud of myself so far. Lots of players have done nowhere near as well as I have. I can’t think ‘what if.’ And I’ve still got time left so, I could have the best years ahead of me.

“I’ve never been one to brag about things or ever been overly confident around the circuit. You need that self-belief and confidence and I’ve tried to learn that. I put myself down. But this time I’ll try not to do that, I’ll look at it positively. I’ve done well in snooker, that’s what I’ve got to say.”

So it appears a fresh term has brought about a refreshing new perspective for Hawkins both physically and mentally. But what will read on his end-of-season report come May? A+ or must try harder? As Hawkins says, “who knows!”