Crucible specialist Barry Hawkins reached the second round in Sheffield for an 11th consecutive year as he hammered Matthew Selt 10-3 in the first round of the Betfred World Championship. 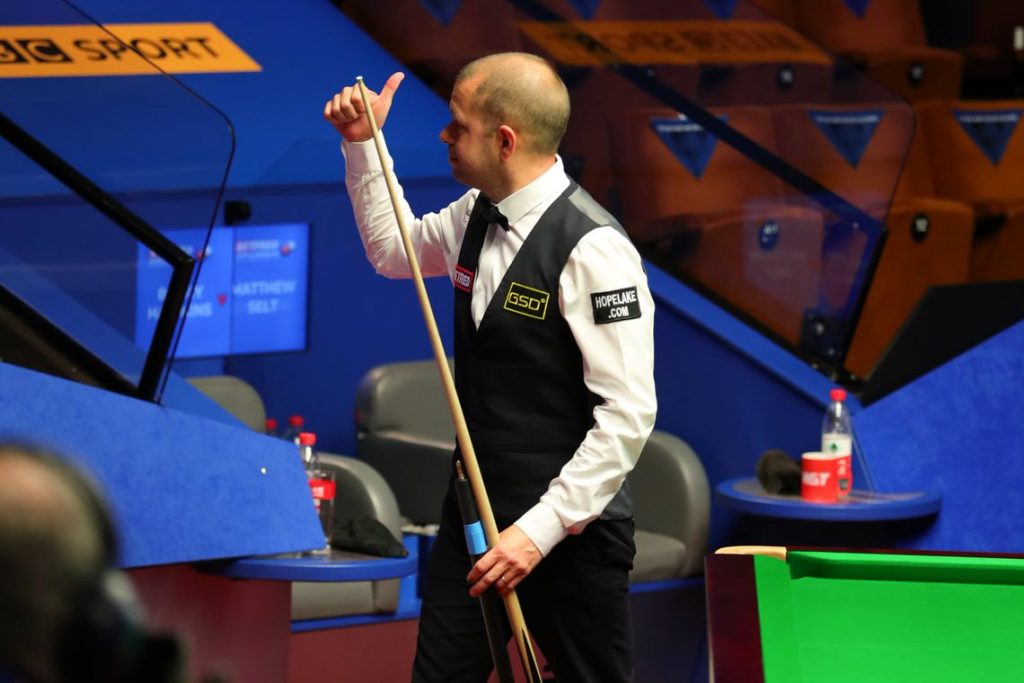 Hawkins has an outstanding record at snooker’s most famous venue, and has now won 23 matches at the Crucible since 2011. His super-smooth cue action and calm temperament are ideal attributes in the heat of battle. The 41-year-old Londoner can now look forward to a last-16 clash with Kyren Wilson on Friday and Saturday.

In recent months, world number 11 Hawkins has been close to the form which took him to the final here in 2013. He has reached the semi-finals of the German Masters, Cazoo Players Championship and Cazoo Tour Championship, nailing down a top-16 place which looked under threat at the start of the year.  Always reluctant to talk up his chances, Hawkins will feel quietly confident of another deep run at the Theatre of Dreams.

Hawkins led 6-3 after the first session, making a top break of 137. The first frame of the concluding session came down to the last two reds, and a safety error from Selt gave Hawkins a chance at a mid-range pot, which he slotted in to set up a frame-winning break. That gave Hawkins the impetus to reel off the last three frames with breaks of 76, 126 and 82. 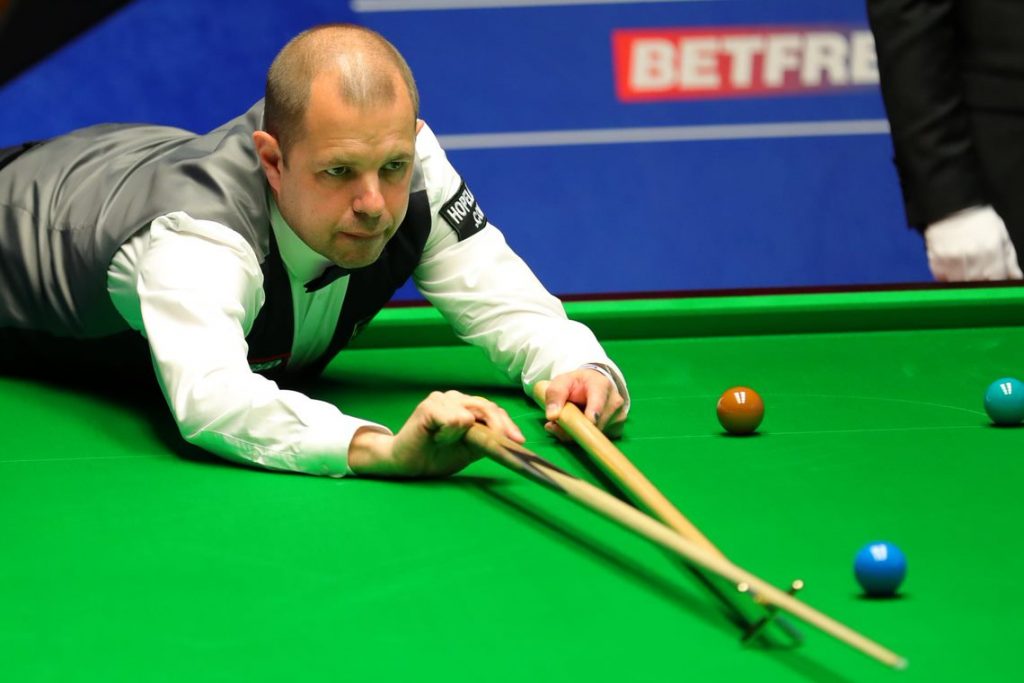 “Matt is a confident player so he wouldn’t have been worried about playing me,” said Hawkins. “The scoreline flattered me, in the first session I won a lot of frames from behind. I was over the moon to be 6-3 up because I could have been 5-4 down. I was determined to concentrate hard tonight and I didn’t give him many chances. I played Matt in the first round here in 2015 and he came from 9-4 down to 9-9 before I won 10-9, so I didn’t want to see that happen again.

Selt said: “I couldn’t control the cue ball in the most important parts of the match. I created a lot of chances but just didn’t score. I felt great but I can’t put my finger on why I didn’t take my chances. Next time I come back here I’ll be a better player.”