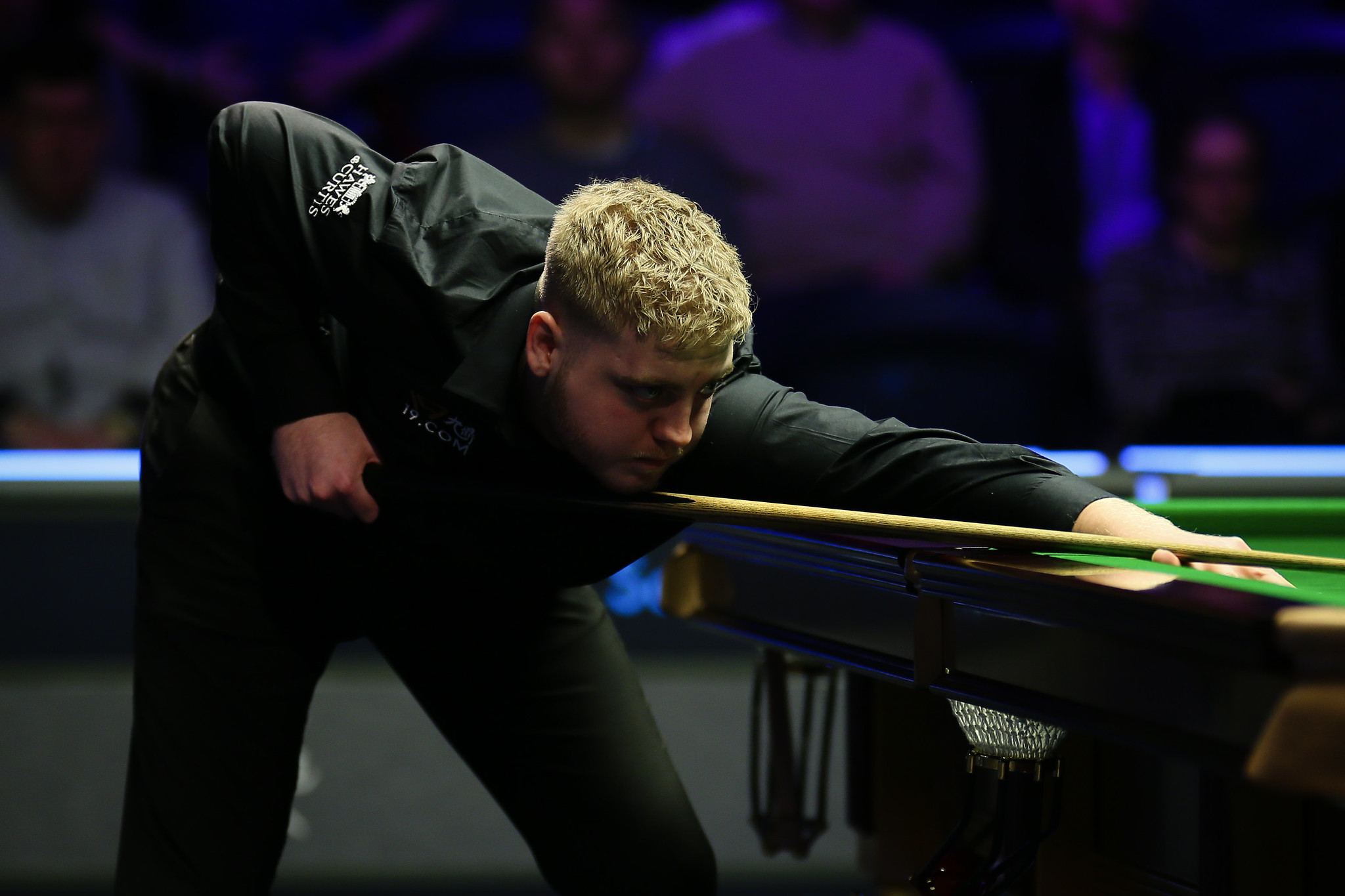 Leicester’s Louis Heathcote says he can’t wait to perform in front of home fans when he takes on Yuan Sijun in the matchroom.live British Open next week at the Morningside Arena.

World number 66 Heathcote received the Rookie of the Year award after an impressive first season on the circuit in the 2019/20 campaign. However, a difficult second year saw him fighting for tour survival at Crucible qualifying in April. He knew he had to beat Ashley Carty to retain his tour card and he did just that with a 6-2 victory.

The 24-year-old now hopes to kick on and become an established player on the World Snooker Tour. We caught up with him to find out his thoughts about next week, the season ahead and his tour survival last term…

Louis, how proud were you to hold your nerve at World Championship qualifying and secure your place on the tour?

“The last few months from Christmas onwards were difficult. I was so stressed. I felt like I was carrying the world on my shoulders. I was checking the rankings all of the time and checking the draws all of the time. People around me were winning and I was struggling. I got all caught up in it, but it is hard not to. I’d have loved to get in the top 64, but in the end I was just so happy to stay on the tour as I really didn’t want to go back to Q School.

“That match against Ashley Carty was probably the best I played all season, I think I only missed two or three balls in the game. To be able to do that when I also know my tour card is on the line gives me a lot of confidence coming into this season. I know I can play well under that kind of pressure. Hopefully I can kick on and get into the top 64 in the next couple of years.”

You lost 6-5 in the next round to Ryan Day, but not before producing a viral shot which ended up all over the internet. How crazy did your phone go in the aftermath?

“It was mental. At the time, when you are in the moment, you don’t really think about it. I just had a little laugh to myself in disbelief it went in. I apologised to Ryan, but he didn’t look too happy! The funny thing is two shots later I played the worst shot ever and left the brown over the pocket. I came off the table and my phone was going crazy. It was on Sky Sports News, The Guardian, The Times, Gary Lineker commented on it on Twitter. Someone sent me a clip of it on the news in New Zealand. It just went completely crazy. When something like that happens you just have to milk it!”

🗣 "One of the most extraordinary shots in snooker history!"
🗣 "I can't believe it"

How much are you looking forward to playing in front of your family and friends in Leicester at the British Open?

“It’s perfect really. From the Gibraltar Open onwards in the first season, I’ve been behind closed doors the whole time. I’ve not had loads of experience in front of crowds, so to have the first tournament back in my home city is amazing. There will be a lot of lads coming down and my family so it couldn’t be any better. It is only five minutes drive away for me. I can’t wait for it and I really want to do well in this. You want to perform well in any tournament but especially in my home city.”

How do you think you will react to the pressure of playing in a home event?

“It’s hard to know. If you have 20 of your close friends and family watching it is natural for there to be a bit more pressure as you want to do well for them, as well as yourself. I’d rather have them there than not though. I grew up playing pool in front of rowdy crowds so I have a bit of experience from that, especially for the England Junior Team.

“I’ve never bottled it or anything when the crowd is there. I think the pool has stood me in good stead. Being 13 or 14 years old and having people hammering you, gets you used to pressure. That has definitely helped. We had a bit of a rivalry with the Ireland team in pool, Malta as well. They were quite hostile. We all got along very well but wouldn’t hold back. Anytime someone missed people were straight on them.”

Which of the Leicester players has helped you the most in your first two years on the tour?

“I probably play with Tom Ford the most. He’s really helped me and if I ever need anything or need advice he will give me it. I’m quite close with him and we always go out for food and drinks. I’ve got a big thanks to give to him over the last couple of years. He’s helped me a lot. It’s just little things like at the Shoot Out when I reached the quarters, he was sending texts before games and speaking to me on the phone about things. If I need anything ahead of a big game he will have a chat with me.

What are your targets and ambitions for the season ahead?

“The first two years were all about staying on. I feel as if I’ve had my two years and want to kick on now. I won a lot of first round matches but never really got that far past that. My goal is to start kicking on with deeper runs and get to quarters and last 16s on a regular basis. That would really help my ranking. I know I can win matches but I need to string them together in one event. This next year isn’t about keeping my tour card. I want to establish myself as a proper professional.”