Hendry Has Point To Prove – Feeney 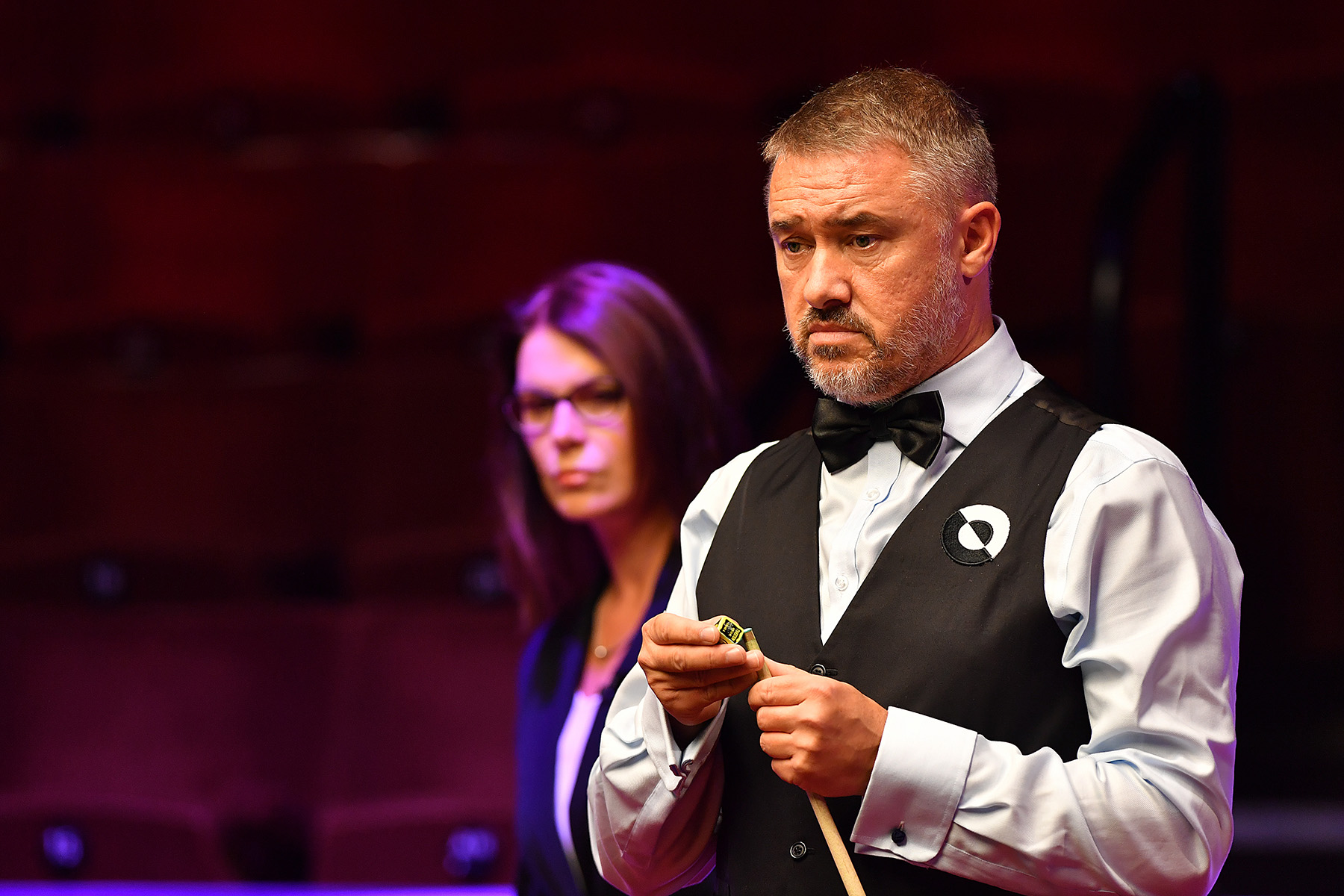 Snooker coach Stephen Feeney, who has been working alongside Stephen Hendry ahead of his return to the professional scene, believes the seven-time World Champion will have doubters to prove wrong when he takes to the baize.

King of the Crucible Hendry was afforded the opportunity to return to the World Snooker Tour last month, taking up the offer of a two-year invitational tourcard. However, the Scot is yet to make his first appearance of the season. Hendry’s last professional appearance came at the 2012 World Championship, after which he announced he was retiring.

SightRight coach Feeney has been working with 51-year-old Hendry for a number of months and has been instrumental in his decision to return to the circuit.

First of all Steve, how has the work you’ve been doing with Stephen been going so far?

“In terms of play, the sessions that we are having are regular. He is going through the same process as Ronnie O’Sullivan and Mark Williams. We have a fixed plan. The planning for what we need to do is robust. The one main objective is for him to enjoy it. Every session we have, there is disciplined stuff and there is fun stuff.

“He still knows the shots to play. He still knows the game inside out. So he still has all of that knowledge. All that had happened is that the skill had deteriorated. His long game in practice has been phenomenal. I know when I can put somebody’s long game back together, it can translate into the rest of the game as well.”

What do you feel are achievable objectives for Stephen this season?

“Can we do what Peter Wright did in darts and win the world title at the age of 50? Stephen wouldn’t talk that way. He just loves playing the game. He is deeply competitive though. As the work goes forward, I would hope he would believe that even if it is a small one, there is a chance. The first thing is to help him really continue enjoying the game. Such is the spirit and competitiveness of this guy that winning will help him enjoy it more. For him to compete at the top level would be the icing on the cake. If he feels he can compete at the top level, he will probably feel he can win at the top level.”

How much work do you feel needs to be done for Stephen to reach his best level?

“There is work to be done, you almost look at it like a boxing match. How many hours does a person need to train to be able to put up with three minute rounds of boxing? Snooker is a worldwide competitive sport now. We know that there are some strong competitors ahead. We know he will not play until he is ready to go in at the top level. We know he is not going to want to lose and only wants to win. There is a part of it which is making me want to up my game even more than with Mark and with Ronnie. We are having great fun. I love seeing him pump the chest out when things are going right.

“I think for my part we are having conversations that matter. Conversations that respect the huge legacy that he has. To continue it in any way shape or form is about winning. In the process if he could win big, that would be pretty special. Just to see him happy in the game we are already winning. He is playing some shots that he has said he couldn’t play before. I think we are adding to the mix that this guy knows how to win. The other guys at the top of the game know he knows how to win. If we can do our stuff right and he can carry the same composure out there into matches, people will have a problem on their hands and won’t want to be drawing him in the first round at tournaments. I’ve seen the best at work, close up, and this guy is special.” 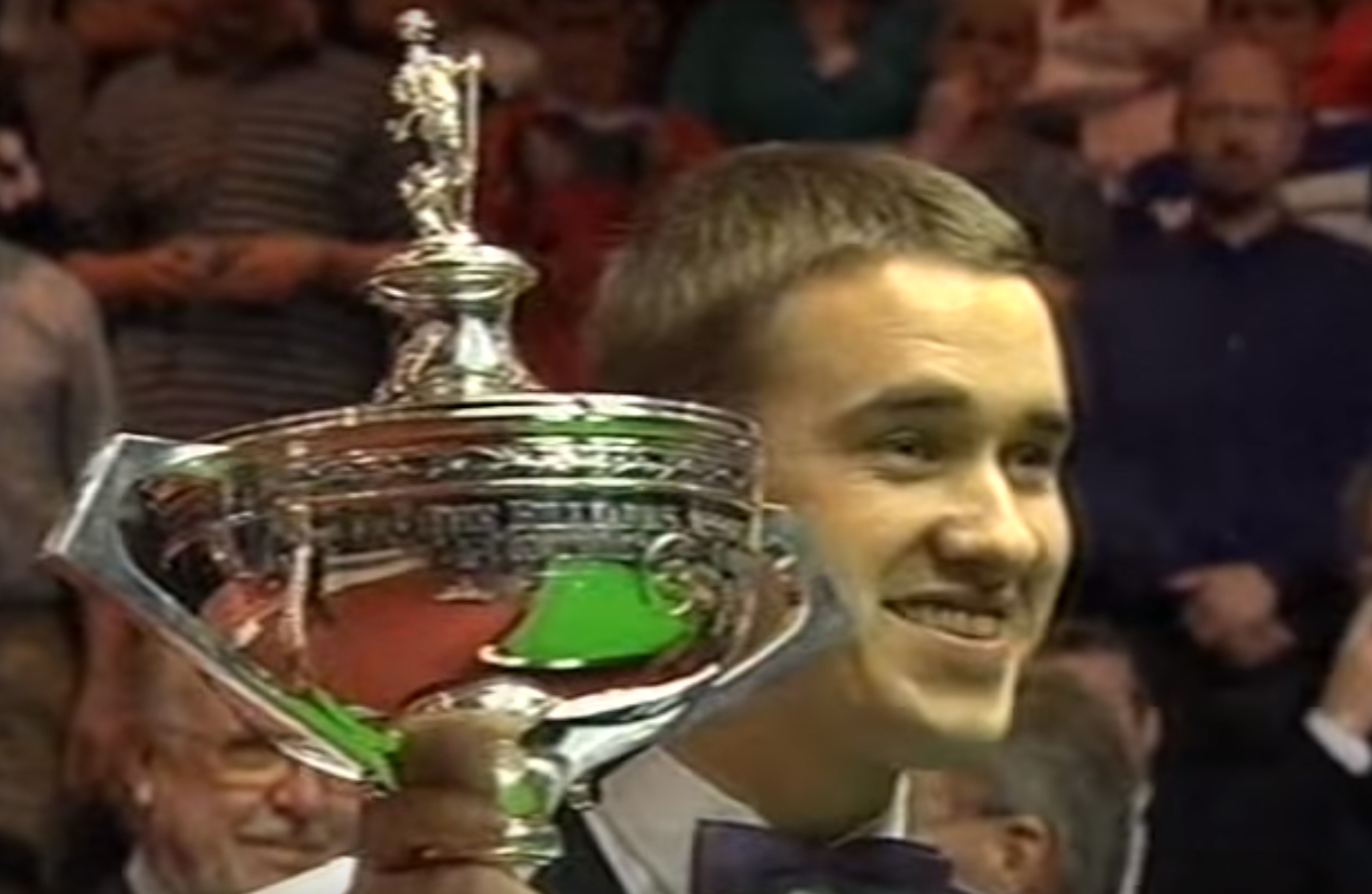 Hendry after winning his seventh world title in 1999.

How motivated are you to help Stephen to achieve and be a success on his return?

“I look at it as a fairly exciting opportunity ahead. There is a fair bit of responsibility, in terms of delivering on promises. Stephen has trusted me in terms of what I’ve said I believe can be done. I trust in him as the individual and champion that he is. Is there stuff to prove? There probably is. The fans will love to see him play. Many of the pros will be waiting for proof. We are well aware of that.

“There are some top players who will believe Stephen can never win another ranking title again. When people say to me things can’t be done I tend to think, lets have a go. Can he? There is incredible skill there. He is a seven-time World Champion and we will see how the journey evolves.”

When do you anticipate Stephen entering his first event?

“I’d be prepared to wait as long as we need to. As long as the conditions are right. If the conditions are right in terms of the venue and the opportunity, as soon as he is ready, we go. My view with Stephen is that we want to get him back into top 16 status with the standard of his play as soon as possible. That is the only way that we can be comfortable. Every practice session is geared and targeted that way and we are working hard.