Hendry Wins Battle Of The Legends

Stephen Hendry beat Jimmy White 6-3 in the first qualifying round of the Betfred World Championship as as he graced the stage at snooker’s biggest tournament for the first time since 2012. 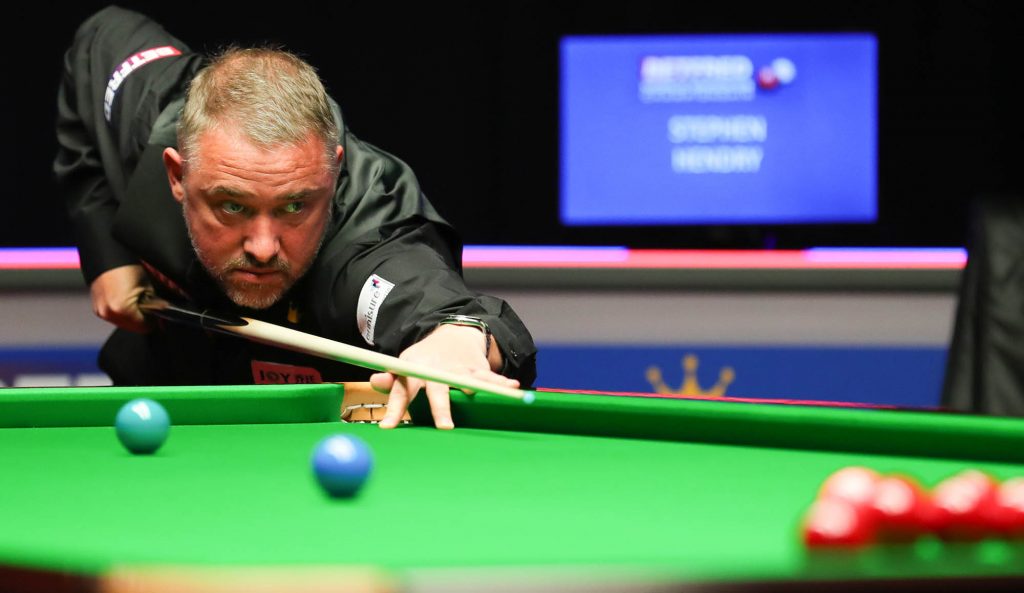 Hendry got the better of an epic rivalry between these two legends during the 1990s – winning four Crucible finals – and once again tonight he came out on top. After a nervy opening, Hendry settled into the match and made fewer mistakes than his opponent, inflicting more misery on White, who could now face relegation from the tour.

Scotland’s 52-year-old Hendry still needs to win three more matches at the English Institute of Sport in Sheffield to make it to the nearby Crucible, but will go into his second round tie with China’s Xu Si on Wednesday evening with the satisfaction of having won a professional match for the first time in nine years.

White, age 58, could lose his pro status if other results go against him. He would then have to rely on a trip to Q School or a fresh invitational tour card if he is to compete on the circuit next season.

White has lost all six of his Crucible finals

Londoner White won a scrappy opening frame, then Hendry took the second with breaks of 37 and 34. Frame three lasted 43 minutes and came down to the colours. Hendry got the snooker he needed on the pink, and – after a safety exchange on the black – knocked in a mid-range pot to a top corner to lead 2-1.

That proved a turning point as Hendry made a break of 53 to lead 3-1 at the interval, then got the better of a fragmented fifth frame to extend his lead. White looked set to pull one back until he missed a red to a top corner on 58, and Hendry punished him with an excellent 66 clearance for 5-1.

White battled back, making a break of 58 as he took frame seven, then adding the eighth for 5-3. But Hendry controlled the ninth and sealed victory with a run of 52.

James Cahill, who beat Ronnie O’Sullivan at the Crucible two years ago, saw off Sean Maddocks 6-1 with top breaks of 60, 63 and 75.