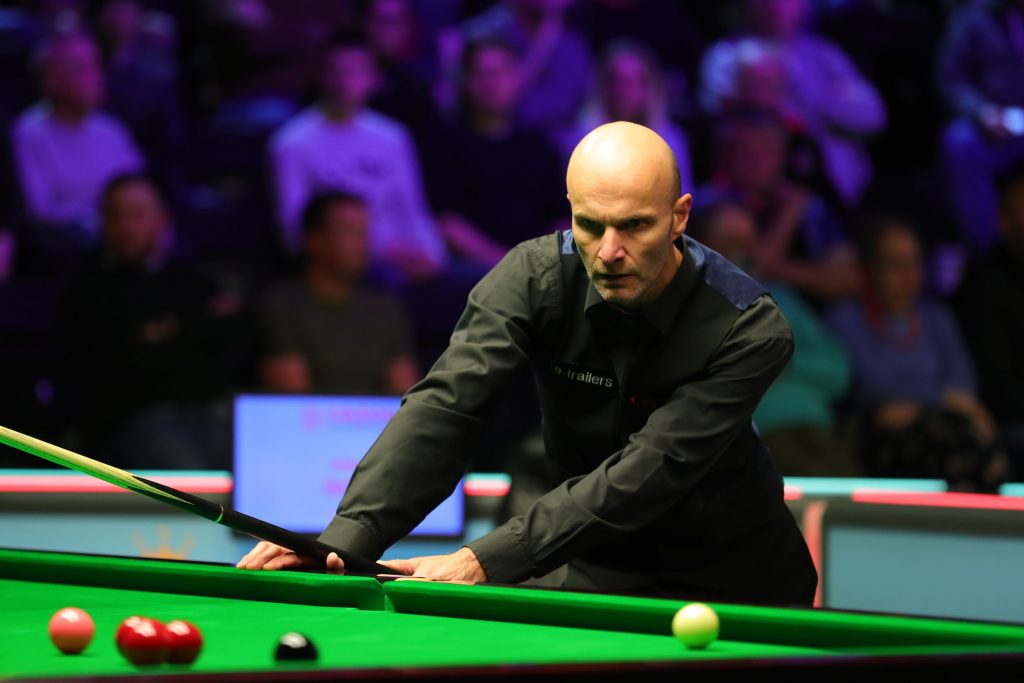 Since 1996, Hicks has reached the quarter-finals of a ranking event on just two other occasions

Devon’s Hicks has scored win over Liang Wenbo, Michael Holt, Dominic Dale and now Gilbert in York, each time getting the better of the deciding frame. Hicks, by far the lowest ranked player left in the field, will now face Barry Hawkins, who scored a 6-3 victory over Matthew Selt.

The first four frames tonight were shared, Gilbert making breaks of 81 and 54 while Hicks fired in 67 and 88. Frame five came down to a safety battle on the brown, and Gilbert converted a clever double to a centre pocket before adding the blue to edge ahead. Hicks won two of the next three frames with breaks of 67 and 82 to level at 4-4, then got the better of a scrappy ninth to take the lead. Frame ten was another fragmented affair and Gilbert built a 51-10 lead, then an excellent long pot on the third last red helped him to 5-5.

A missed red to a centre pocket from Gilbert early in the decider let Hicks in for a fine run of 56. World number 22 Gilbert battled for a chance to counter, but Hicks picked off loose reds and eventually took the frame 75-0.

“I’d like to say I’m losing my hair but that happened many years ago!” said Hicks, who, away from the baize, runs a business painting houses. “In the deciding frames I have just tried to take my time and not do anything rash or silly.

“Last season I needed to beat Reanne Evans in the World Championship qualifiers to keep my tour card. I won that match and it was still touch and go, but in the end I got the two year card. That took the pressure off because I know I have got two years. If I had fallen off the tour I definitely would have retired. Here I am, still punching.

“My aim was to have one more big run. My expectations of winning tournaments have gone down over the years but I’m really pleased just to have a chance, and there are not many bigger tournaments than this one. I try not to look at the money, but it does give me a bit of security.

“Barry probably thinks it’s a good draw for him and he’s a great player, but I’m going to be trying my very hardest.”

Hawkins came from 3-1 down to win five frames in a row against Selt, reaching the quarter-finals of this event for only the second time in his career and first since 2013. The Londoner has conceded just seven frames in the tournament but was in danger of being knocked out when he started slowly tonight. 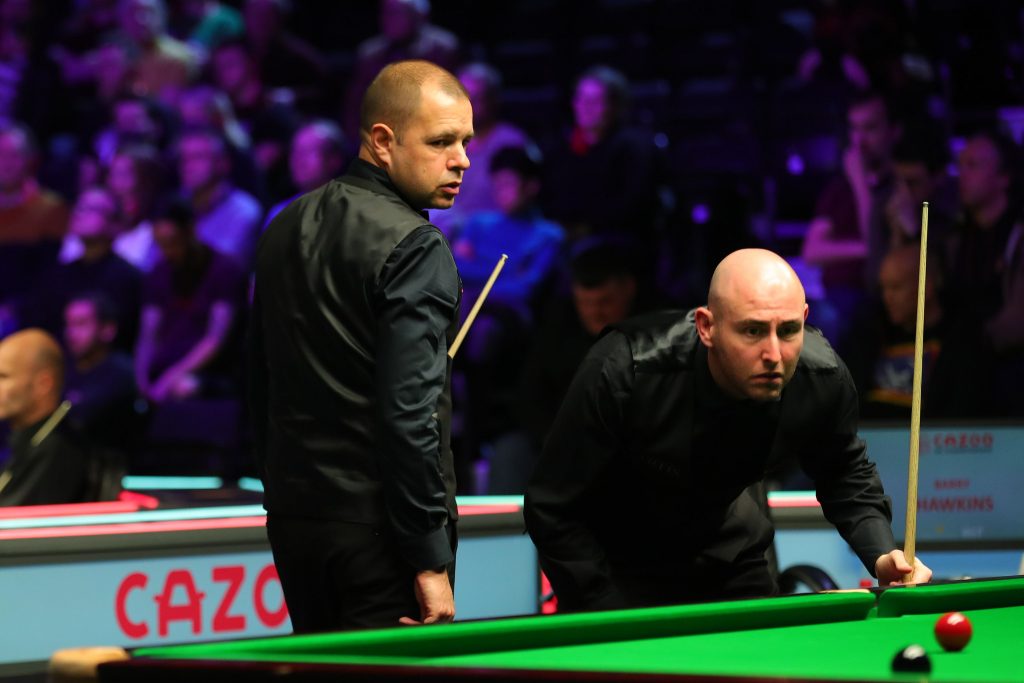 Hawkins has reached the semi-finals five times at the World Championship, but never at the UK Championship

Selt led 3-1 at the interval with top breaks of 73 and 88, then Hawkins pulled one back with a run of 99 and added the sixth to square the tie. Frame seven came down to the last red and Hawkins missed a mid-range pot to a top corner, but Selt then failed to convert a tough pot to the opposite corner and soon found himself 4-3 behind.

In the eighth, Selt made 27 before running out of position as he attempted to split the pack, and Hawkins later converted a long red to initiate a break of 103 which put him two up with three to play. Selt had an early chance in the next but after potting an opening red he missed a tricky blue to a baulk corner, and that proved his last shot as world number 14 Hawkins sealed victory with a run of 92.

“I was all at sea in the first four frames,” admitted 42-year-old Hawkins. “I’m really pleased because I stuck to my task and got stronger as the match went on. I felt as if I was going to score heavily and I hope I can take that into my next game. According to Stephen Hendry we should just give the trophy to Ronnie O’Sullivan, but everyone still in it can play.

“It’s fantastic for Andy, I have always rated him highly and he has a good temperament. If it goes 5-5 I might as well shake his hand!”

Consistency The Key For Selt