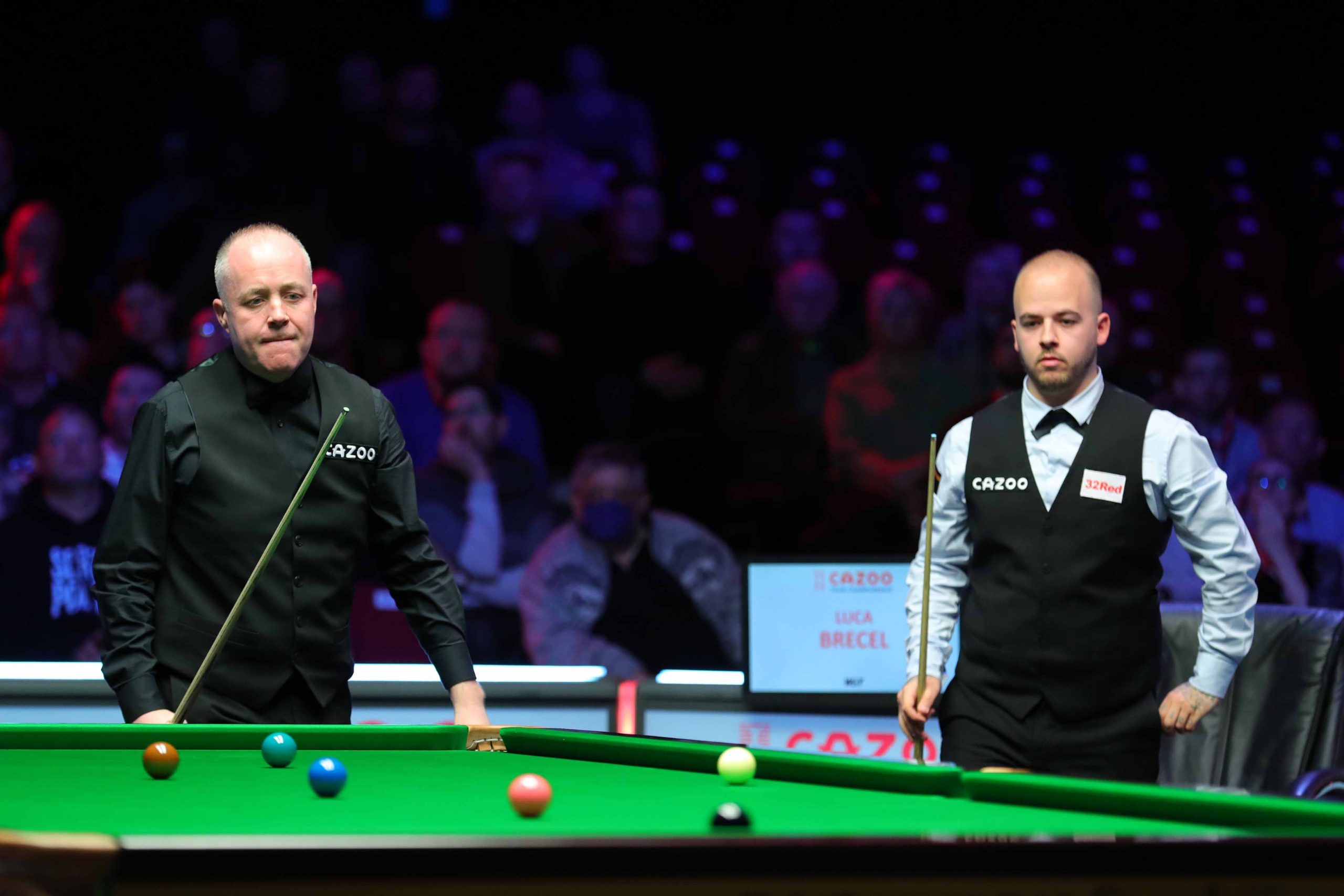 John Higgins won the last five frames of the afternoon to end 5-3 ahead after the first session of his Cazoo Tour Championship semi-final with Luca Brecel.

The match is a repeat of the Scottish Open final from December, where the pair met at this very venue. On that occasion it was Belgium’s Brecel who came out on top 9-5 to capture the Stephen Hendry Trophy. Higgins will be hoping to gain revenge this evening.

The Scot has shown impressive consistency this season, making three ranking finals and being runner-up to Judd Trump at the Champion of Champions. That consistency was rewarded by winning the £150,000 BetVictor Series bonus by topping the standings at the end of the eight qualifying events.

Higgins took the first frame upon the resumption to move within a frame and runs of 54 and 52 then helped him to restore parity at 3-3. The four-time World Champion then claimed a fourth on the bounce, before a century contribution of 108 allowed him to end 5-3 ahead.