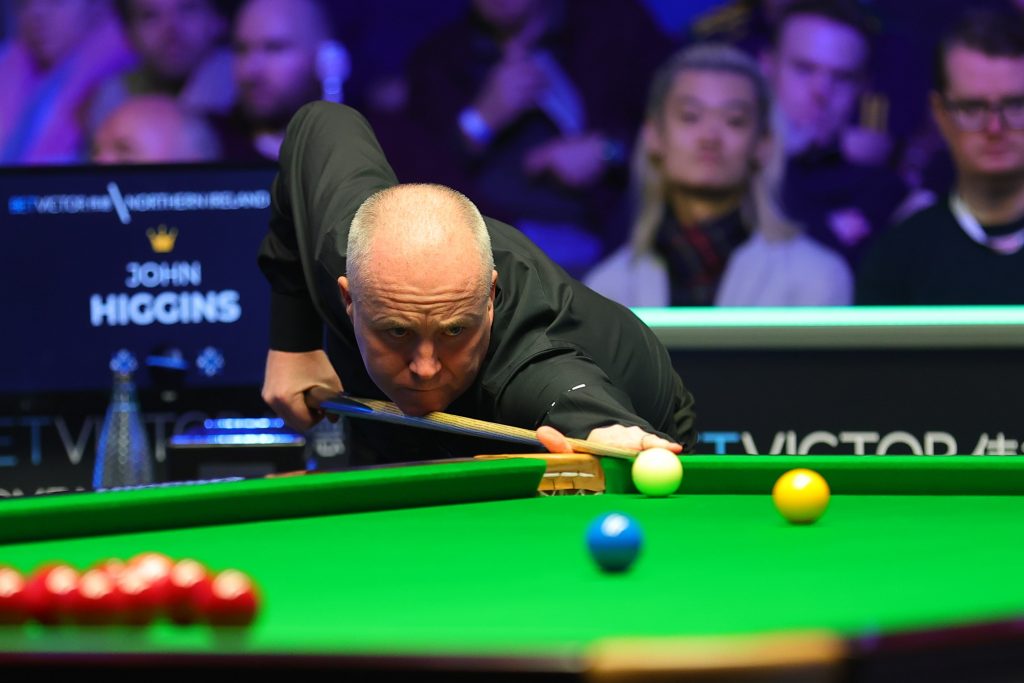 John Higgins edged Jackson Page in a thriller at the Waterfront Hall, battling back from 3-2 down to win 4-3 and earn a place in the last 32 of the BetVictor Northern Ireland Open.

The world number five finished runner-up in Belfast last year, suffering a 9-8 loss to Mark Allen in the final – one of five finals that Higgins lost last season. The Scot will be hoping to go one better this time around, having seen off Fergal O’Brien and now Page to advance to the next round.

Higgins struck early with a run of 91 to take the lead after Page left a red to the middle pocket when trying to play safe up the table. In frame two, Higgins made the same mistake when attempting to play safe down the table. The Welshman potted the red and made a 128 clearance to draw level. The high-quality contest continued with Higgins striking 84 to regain the lead before his opponent took the following two frames with breaks of 65 and 76 respectively to make it 3-2.

Page looked to be on the verge of victory in the sixth frame following a break of 64, but a missed red to the middle allowed Higgins back in. The Scot then made a clearance of 69 under pressure to force a decider. Page looked to be feeling the pressure in the final frame too, missing a tricky plant to the top left pocket. And Higgins picked the right time to land his first century stand of the match with a 124 clearance to black, securing a 4-3 victory.

“I was very impressed with Jackson!” said the four-time world champion. “He’s got great talent and he hits the ball really really well. It doesn’t take him a lot of effort to manoeuvre the white ball around the table. It’s incredibly difficult for the young guys because there are more top players now that stop them. But, he is a great talent.”

“Jackson was in about the balls to get over the line and win 4-2 but he was a little bit unlucky. He’s potted the blue and got a cannon on the brown which left him a horrible shot on the red. I managed to clear up which was great. He’s missed a plant in the last frame and again I managed to clear up.” 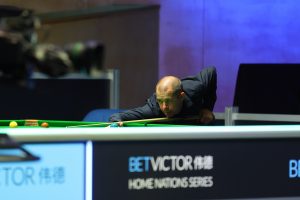 Barry Hawkins is also through to the last 32, defeating Louis Heathcote 4-0. Despite a break of 52 in the opening frame, Heathcote left a red over the green pocket. Hawkins was on 39 at the time and made no mistake in clearing up the colours needed to take a 1-0 lead. The Hawk doubled his advantage in the next frame before a run of 61, when trailing 64-17, made it 3-0. Having battled hard all match, Hawkins eventually found his rhythm in the fourth frame. A break of 106 secured the win and his place in the next round, where he will face Michael White.

Earlier in the morning, White defeated Ding Junhui 4-3 with three breaks of over 50. The two-time ranking event winner fell off the tour in 2020 but won his place back this season after qualifying for the World Championship.

“It was a quality match,” said the Welshman. “I’m just pleased that I performed out there on the match table. It’s been a while since I played to my potential on the TV table. That means a lot to me. To do it under that extreme pressure and to have a one-visit in the deciding frame is a massive confidence builder.

“There is an old saying, you don’t know what you’ve got until it’s gone. This game’s got a funny way of biting you back when you don’t give it the respect it deserves. I said to myself if I’m going back on tour, I’m going to give it 100% or not going to bother at all. So I’m working extremely hard on and off the table and I’ve got a great balance to my life now. I’m enjoying my snooker, I’m enjoying my practice. And I’m in a much better place than I was.”

Luca Brecel continued his quest to hold two Home Nations titles simultaneously after beating Jimmy White 4-0. The current BetVictor Scottish Open champion hit a century and two fifties on his way to securing a place in the last 32.

Tom Ford defeated Scott Donaldson by the same scoreline while Shaun Murphy and David Gilbert also booked their spot in the next round, beating Jamie Clarke and Noppon Saengkham 4-1 respectively.

Click here to find out how to watch tonight’s matches with Judd Trump, Kyren Wilson and Stuart Bingham all in action.