Higgins Fights Back To Tie Maflin


John Higgins came from 7-4 down to level at 8-8 with Kurt Maflin going into the final session of their Betfred World Championship second round match. 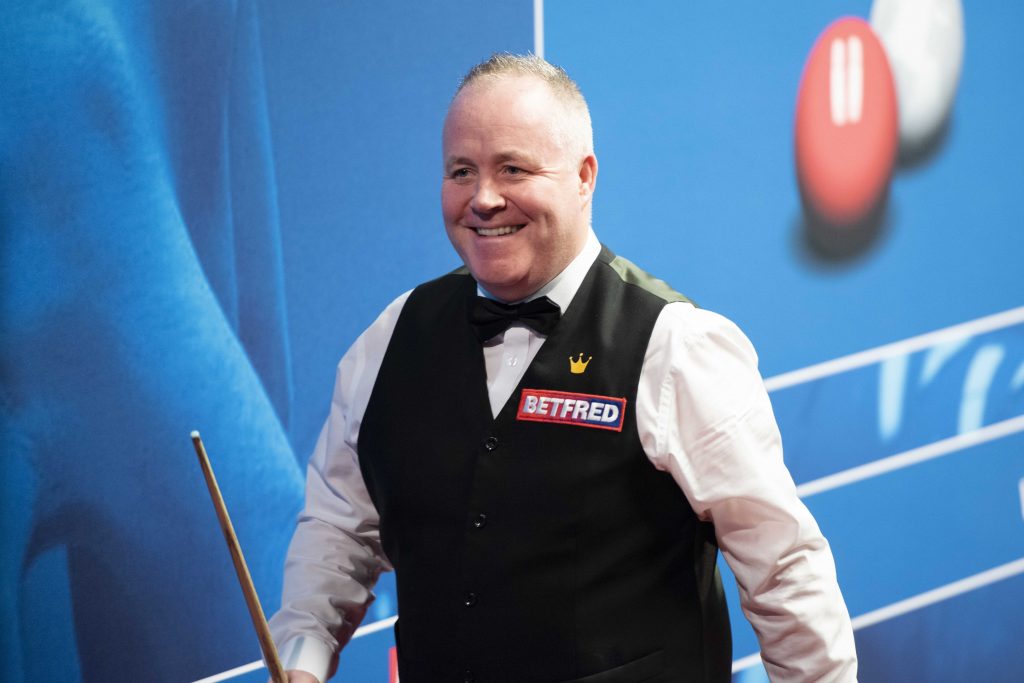 A fabulous session at the Crucible saw Higgins become the first player to make a 147 at the Crucible since 2012, and set up a blockbuster conclusion to the last 16 tie tonight. Qualifier Maflin has been ahead for most of the match but can’t shake off a determined opponent. First to 13 frames goes through to the quarter-finals.

The first two frames today were shared, then Norway’s Maflin made a break of 97 to lead 7-4. Scotland’s Higgins made his perfect break in frame 12, potting 15 reds with blacks and clearing the colours to make it 7-5 at the interval.

In frame 13, Higgins made a trademark 55 clearance to pull within one frame, before Maflin gave himself daylight again with a run of 81 for 8-6. Four-time Crucible king Higgins, who has lost in the last three finals, made a 71 to take frame 15.

In the last frame of the session, Maflin led 66-8, but could only sit in his chair as Higgins knocked in a long red to initiate a brilliant  63 clearance, highlighted by a superb pot on the last red to a baulk corner. They resume at 7pm.

On the other table, Noppon Saengkham came from 3-1 down to lead Mark Selby 5-3 at the end of their first session. Thailand’s Saengkham knocked out Shaun Murphy in the first round and has his sights set on another major scalp.