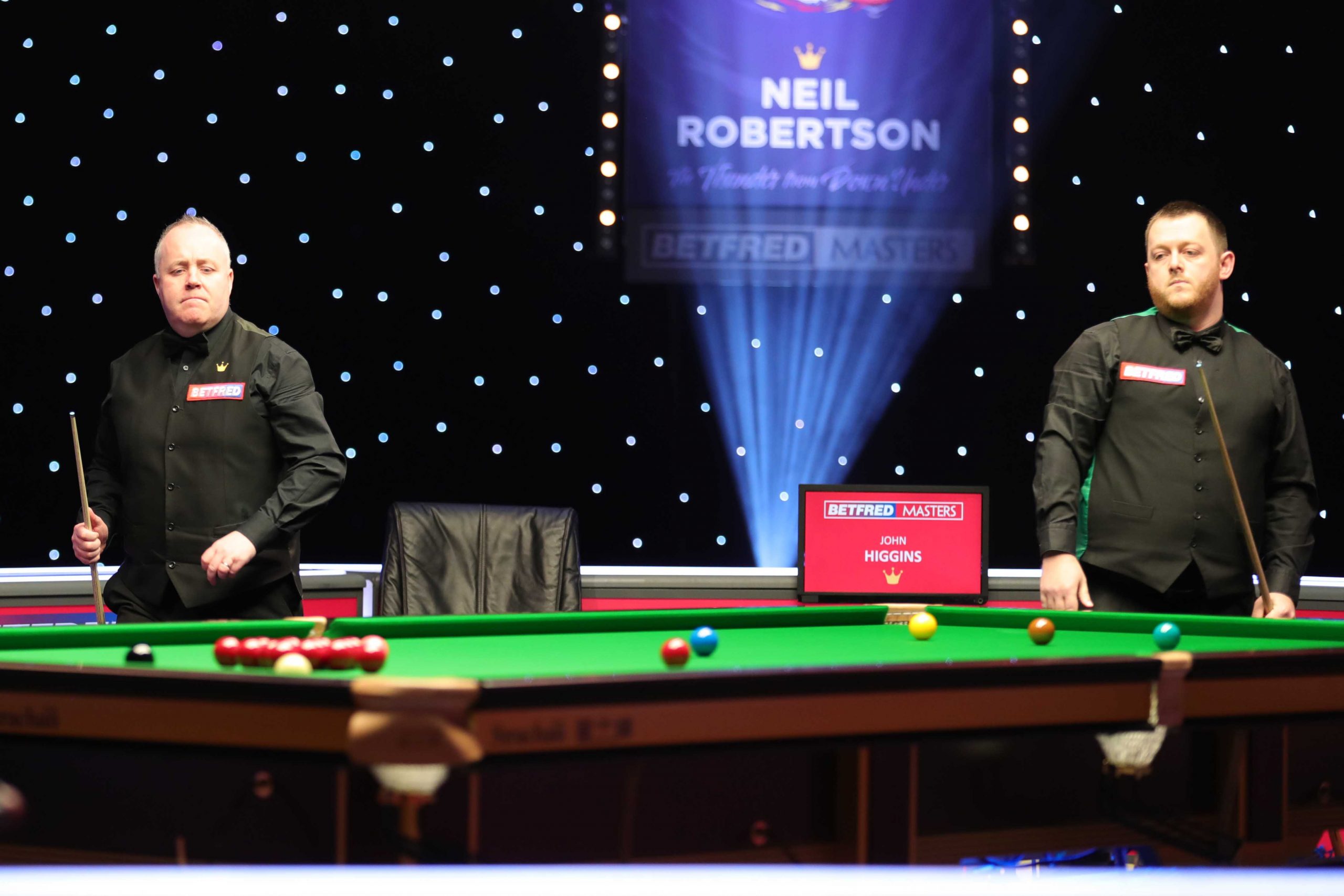 John Higgins defeated Mark Allen 6-5 to book his place in the last eight of the Betfred Masters in Milton Keynes.

Victory for Scotland’s Higgins sets up a mouth-watering last eight meeting with familiar foe Ronnie O’Sullivan. He currently trails O’Sullivan 35-28 in head-to-head meetings. It will be the 14th time Higgins has appeared in a Masters quarter-final.

This evening’s result ends a winning streak for Allen against Higgins at the Masters. Prior to tonight the Northern Irishman had beaten Higgins in all four of their previous meetings at the event. After suffering his first defeat to Higgins at the Masters, Allen leaves Milton Keynes with the consolation of £15,000.

It was two-time Masters champion Higgins who took the opening frame tonight. Allen, who lifted the Paul Hunter Trophy by winning the Masters in 2018, then restored parity at 1-1 with a century run of 106. Breaks of 56 and 82 saw Higgins move 3-1 ahead at the mid-session.

A contribution of 92 allowed Allen to pull within one when they returned, before he stole the sixth on the black to level at 3-3.

Momentum appeared to be with the Pistol, but Higgins stopped him in his tracks with breaks of 84 and 80 to move one from victory at 5-3.

Allen kept himself in it to pull within a frame at 5-4, before a dramatic tenth frame. Both players spurned opportunities, until Allen found himself 35 points behind with 35 on. He got a snooker and cleared to force a decider.

It was Higgins who held himself together in the final frame, firing in a typically steely break of 59 to secure victory.

“I know there is no crowd there, but personally I felt the nerves just as much as I would at a packed Alexandra Palace. It was a great buzz to get over the line there,” said 45-year-old Higgins. “I was all over the place at the start of the last frame and expecting Mark to win, but he missed a bad brown and then gave me a chance to get in. I’m normally sitting here over the last 18 months losing games like that, so to be winning it, I am delighted.

“I’ve always had a friendly rivalry with Ronnie. I respect him an unbelievable amount. To still be playing these sort of matches, I’m over the moon. To get to the semi-finals I know I may have to play even better than tonight. I didn’t see any of his game today, but apparently he played brilliantly and Ding played well as well. I will just need to come in and play my A game.”