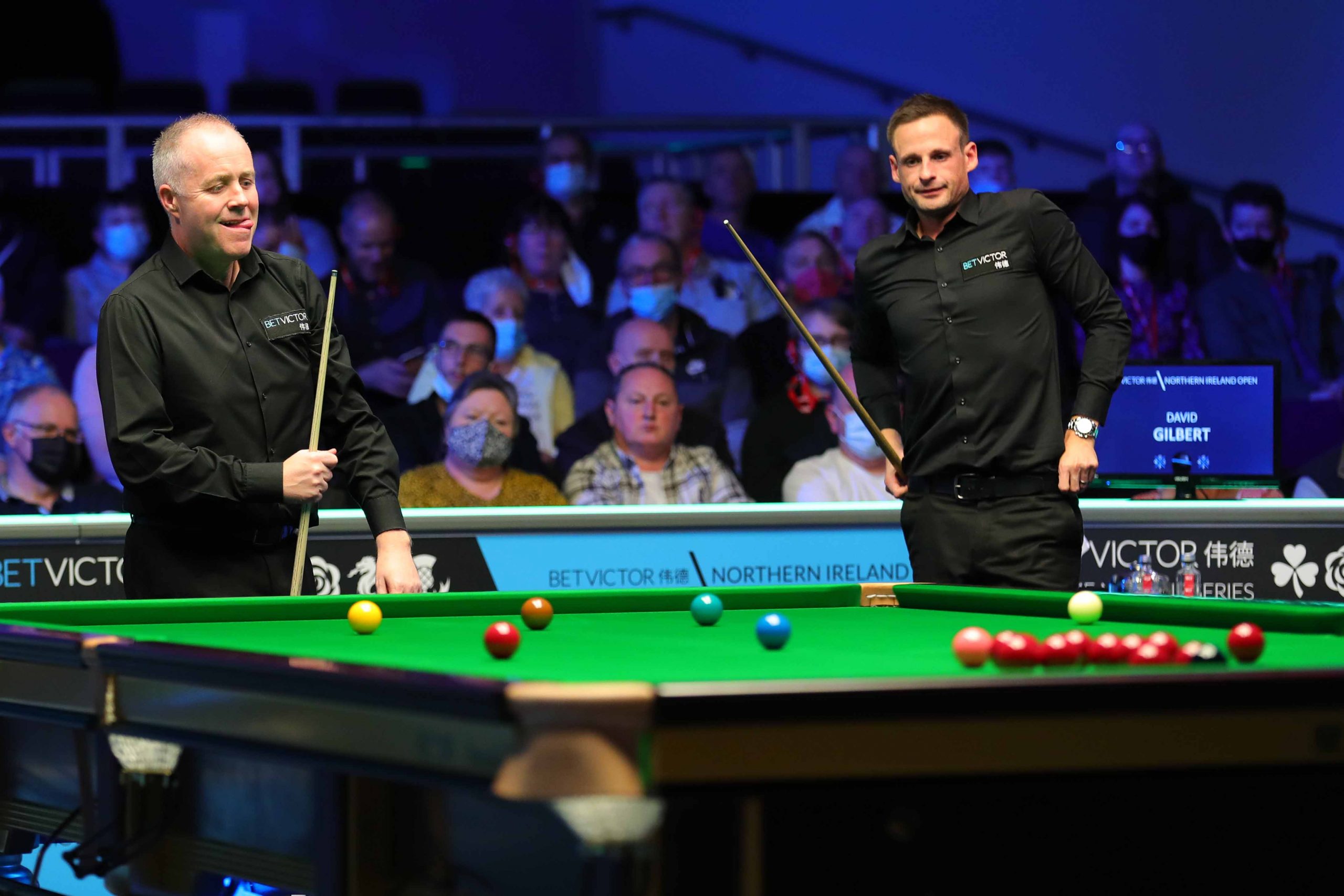 Scotland’s four-time World Champion John Higgins came from behind to beat David Gilbert 5-3 and reach the semi-finals of the BetVictor Northern Ireland Open at the Waterfront Hall in Belfast.

Tomorrow evening will be 31-time ranking event winner Higgins’ 76th appearance in a ranking event semi-final. He will be up against China’s Yan Bingtao in a repeat of this year’s Masters final, where he fell short 10-8 in an epic encounter.

The Northern Ireland Open title represents a rare gap in Higgins’ CV. However, he did make the semi-finals in 2019, when he was defeated 6-3 by eventual winner Judd Trump.

Today’s clash was the first meeting between Higgins and Gilbert in a ranking event since they contested a memorable 2019 World Championship semi-final. On that occasion Gilbert was on the end of a heart breaking 17-16 defeat. He suffered more disappointment at the hands of Higgins this evening.

However, Gilbert will leave Belfast with the consolation of £10,000 after another impressive run, which included knocking out World Champion Mark Selby yesterday evening. He picked up a maiden ranking title earlier this season at the recent BetVictor Championship League.

It was Gilbert who started strongest tonight, firing breaks of 79 and 69 to take an early 2-0 lead.

However, from that point Glasgow’s Higgins took charge of the tie. Breaks of 81, 64 and 67 helped him to four on the bounce and move a frame from the win at 4-2. Gilbert clawed back within a frame, before a dramatic eighth.

Higgins missed a match ball green with the rest and allowed an opportunity for Gilbert to force a decider. The Tamworth cueman narrowly missed the green himself, leaving it over the pocket with Higgins snookered. He came off the top cushion, potted it and wrapped up his 5-3 victory.

“I’m delighted in winning but it was embarrassing there,” said 46-year-old Higgins, who was visibly frustrated with his performance despite the result. “I was missing shots by feet. My action was all over the place and I think I brought Dave down, because his action started to go as well. It was pretty tough at the end there.

“I think when you are just coming off, you are thinking about the shots. Maybe in half an hour I will be buzzing about being in the semi-finals. I was missing shots with the rest as well.

“We’ve known about Yan since he was 12 or 13. He had the same game then as what he has now. He is a man beyond his years with his way around the table. He has obviously been watching players like Ronnie, Steve Davis and Mark Selby.” 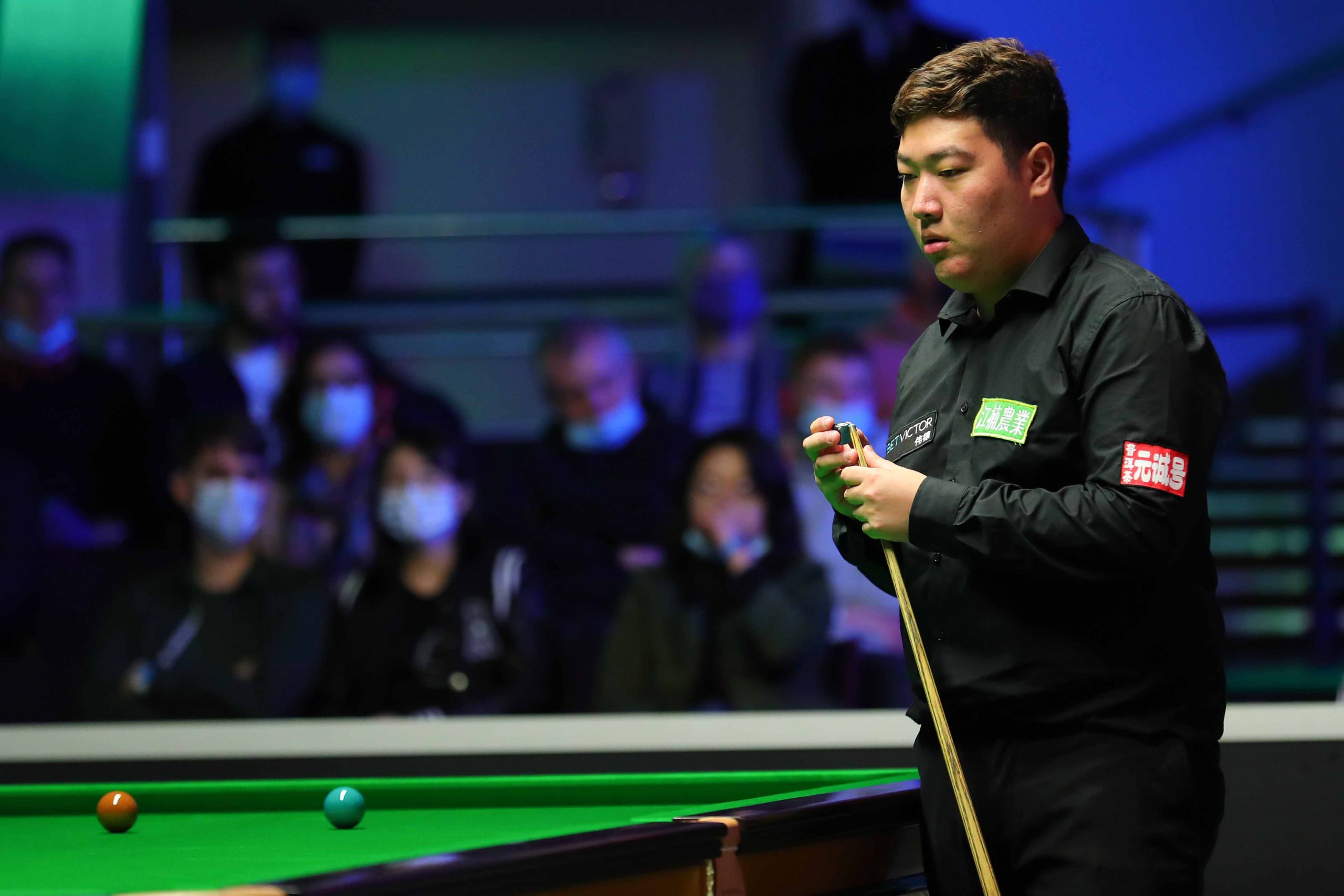 Yan was in red hot form during a 5-0 quarter-final whitewash of Mitchell Mann.

The Chinese 21-year-old is a former Northern Ireland Open finalist, having reached the title match in 2017. He came within a frame of the Alex Higgins Trophy against Mark Williams in a gut wrenching 9-8 defeat.

Yan wrapped up this evening’s win in just two hours and nine minutes, signing off with a century run of exactly 100.