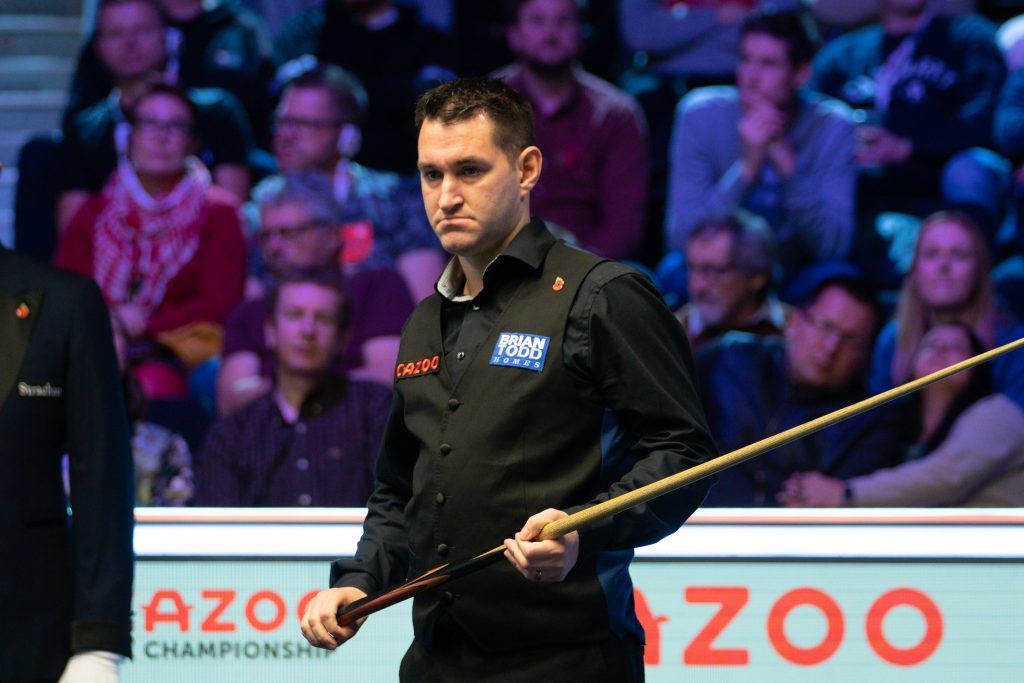 John Higgins became the latest former winner to be knocked out of the Cazoo UK Championship as he was beaten 6-4 by Tom Ford in the first round in York. The result means that there will be no Scottish players in the last 16 of this event for the first time since 1987.

Following the exits of Zhao Xintong and Neil Robertson, three-time champion Higgins becomes the third of the top six seeds to lose on the opening weekend at the Barbican. It has been a poor start to the season for 47-year-old Higgins; he has not gone beyond the last 32 of a ranking event and languishes in 89th place on the live one-year ranking list.

Leicester’s Ford has now beaten Higgins four times in a row in knock-out ranking event matches, and tonight showed his ability to raise his game at crucial moments on the big staqe as he came from 3-2 down to win four of the last five frames. His reward is a last 16 tie with Luca Brecel.

After sharing the first four frames, Higgins made a break of 85 to lead 3-2. Ford levelled the tie then made a 71 to edge ahead at 4-3, before Higgins took the eighth. 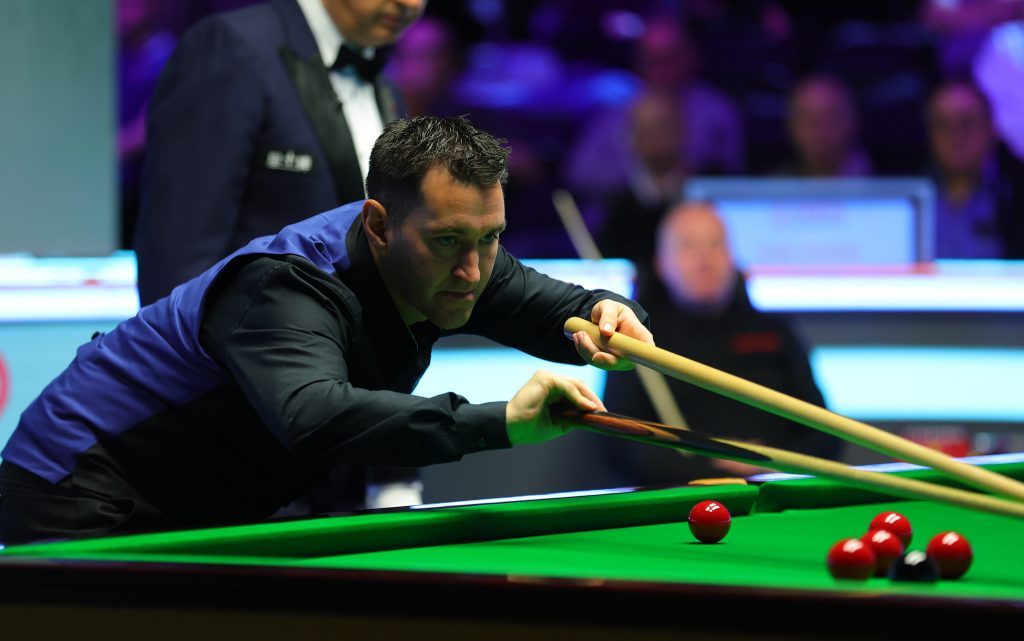 A safety exchange early in frame nine was resolved when Higgins got an unwanted double kiss on a red near the top cushion, leaving his opponent plumb among the balls. Ford took advantage with a break of 99 to go 5-4 up. And when Higgins missed a long red at the start of frame ten, it proved his last shot as Ford secured the result with a superb 90.

“The first five or six frames were embarrassing,” said world number 32 Ford. “My hands were freezing so I had a packet of hand warmers and once I started using those I warmed up and felt more comfortable. I quickened up my game and found something. I’m proud of the way I kept my head because sometimes my head goes down and I beat myself up. Tonight I battled through that.”

World number five Higgins said: “I dragged Tom down to my level for the first four frames and I was lucky to be 2-2. After the interval it was a bit better, but Tom finished the match off really well.” 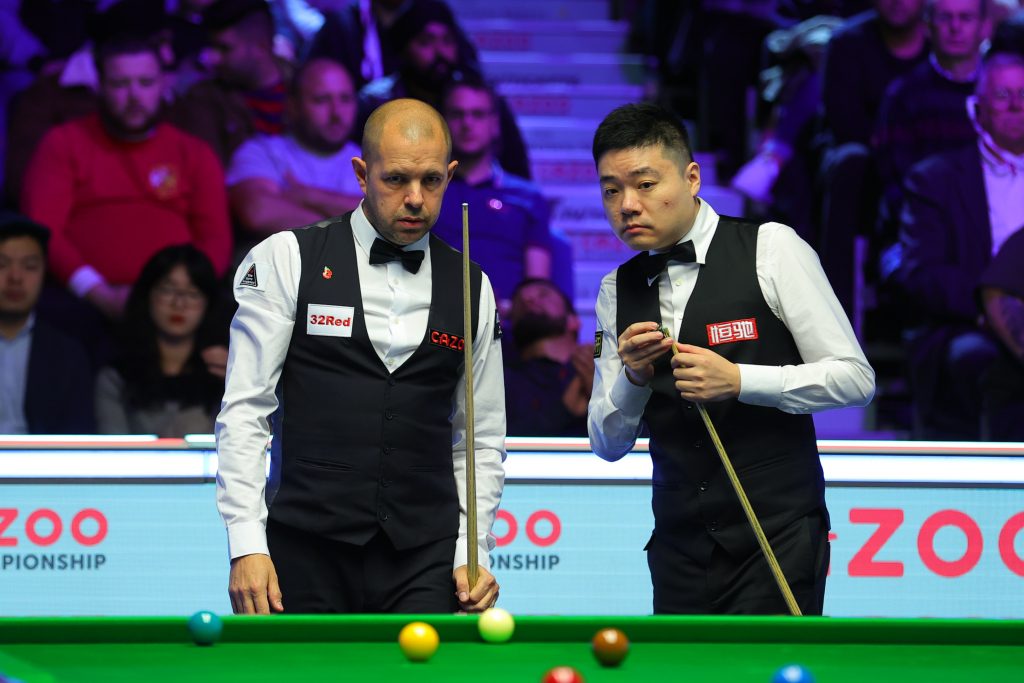 On the other table, another three time champion, Ding Junhui, scored a 6-3 success against Barry Hawkins. China’s Ding passed a significant milestone as he became the seventh player in snooker history to rack up six hundred century breaks. Ding is through to the last 16 of a ranking event for the first time since last season’s Gibraltar Open and now meets Mark Williams or Jamie Clarke.

Ding said: “Before the interval my safety wasn’t good. It’s nice to make big breaks, but you can’t forget that you need to play good safety to create the chances. From 3-1 down I tried to keep control and make the right decisions and that worked for me. I’m lucky to be the seventh player (to make 600 centuries). I was thinking in practice the other day that I want to get to 1,000, and I worked out that I have to make 40 every season for another ten years.”