Highfield Set For Stoke Half Marathon 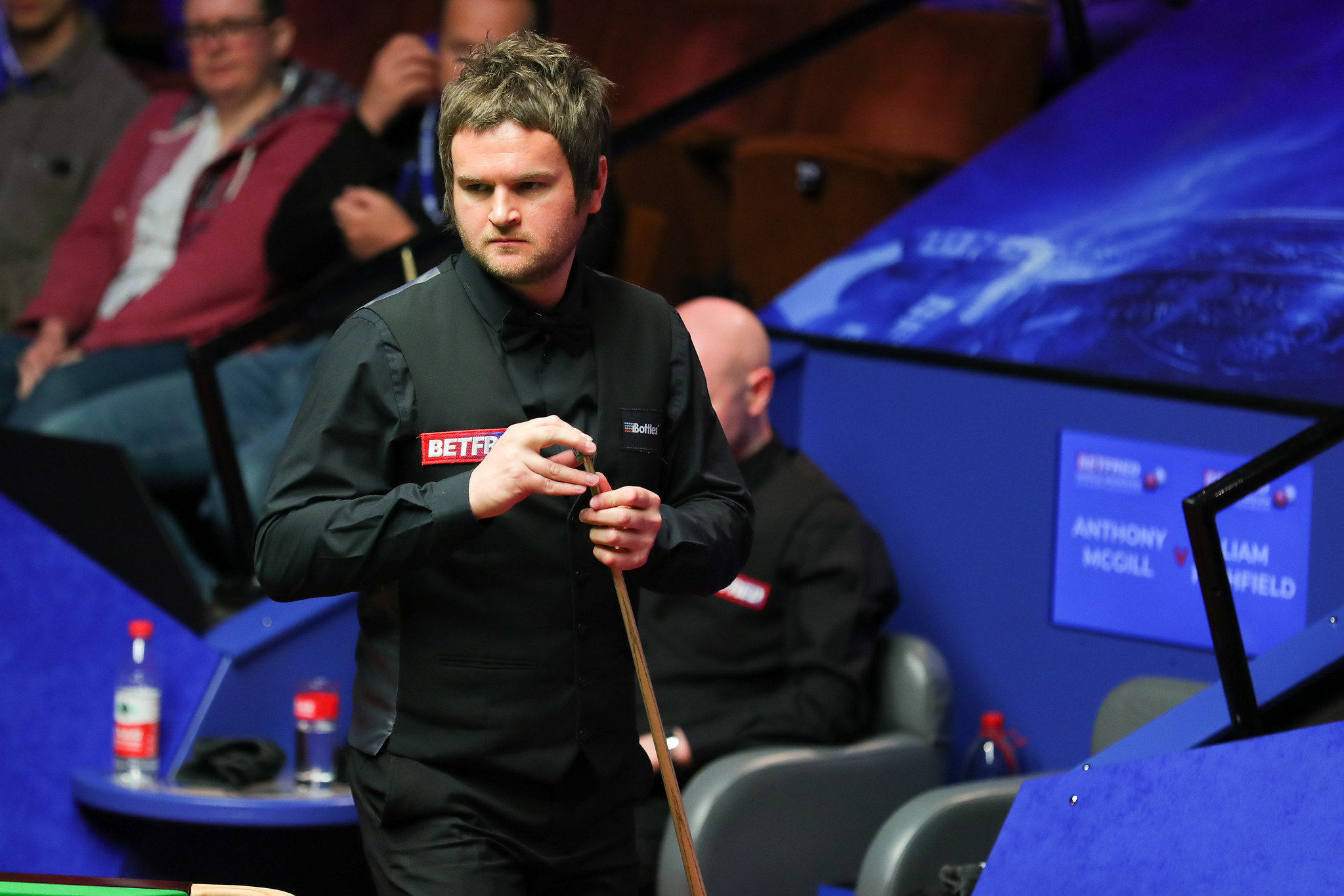 World number 39 Liam Highfield is gearing up for an assault on the upper echelons of the rankings next season, but in the meantime he is focussing on tackling the Stoke Half Marathon this weekend for a cause close to his heart.

Highfield is running to raise funds for Crohn’s and Colitis UK on Sunday, a condition which he was diagnosed with at the age of 24.

Thankfully it is currently in remission and the 31-year-old is benefitting on the baize, having qualified for the Crucible for a third time in April. Although he was beaten 10-7 by Anthony McGill at the Theatre of Dreams, it was a positive end to the season.

Highfield was preparing to run the 2020 Liverpool Marathon, but the pandemic cut short those aspirations. He is only just getting back into running and earmarked this weekend as a first race back.

You can donate by clicking here.

We caught up with Highfield to discuss how his training is going, how he has managed to combat Crohn’s and hear about his aspirations for next season…

Liam, how are you feeling ahead of Sunday’s race?

“I’m literally two weeks into training. I’ve already done an 11.5 mile run though and it went well. I’m building the miles up quite quickly. I’m surprised I’ve felt as good as I have. I haven’t run properly since 2017/18. I’ve kept fit, but proper running is different. I wanted to do a full marathon before lockdown hit and I stopped running. The half marathon is a good place to get started again. The Stoke one is quite tough with a lot of hills, this is probably the hardest half marathon I’ve ever done. My best half marathon time is one hour and 27 minutes. That was when I was running a lot in 2017. I want to get back to that kind of level.”

How much of a buzz do you get from running and do you believe it helps your snooker?

“The first week back was tough. I felt like I was carrying a cart. After that you get the runner’s high and the endorphin kick. It can be addictive, but in a good way. I’m looking forward to this race. It will give me the buzz even more to get running again. Snooker isn’t physical, but you just feel good in yourself about your day to day life. Even if you are doing a normal nine to five job, you feel good if you do a bit of exercise. Whatever sort fitness training you take to is good, but there is something different with running. You can go to the gym all day, but it isn’t like a run. You leave the phone at home and there is nothing else around you. It is just complete escapism. I’m bang into running again.”

You are running for a charity which you are deeply connected to, but how are you personally getting on with your condition at the moment?

“I’m lucky, my last colonoscopy is showing full remission. You are never cured with this disease, but I’ve been in remission for the last two years. I think that has shown with my performances on the table and proved that maybe without this hindrance in my younger years, I could have done a lot better. It is what it is and I have to crack on now. My health is under control and I’m trying to get my fitness back. In the last couple of years, I’ve knuckled down with snooker and prepared really well.

“Crohn’s is something I’ve suffered with for seven years now. I’m just raising awareness and getting as many people in remission as possible, like I am, being able to live their daily lives as normal. That charity is close to my heart and I want to give back to people who are suffering.

“I often come across fans at tournaments who have Crohn’s. The advice I always give is to look at their diet. I’ve had a vegetarian diet for 19 months now and my bowel is much better and my energy levels are higher as well. Everybody is a little bit different, but my advice would be to go the vegetarian route and reduce stress as well.” 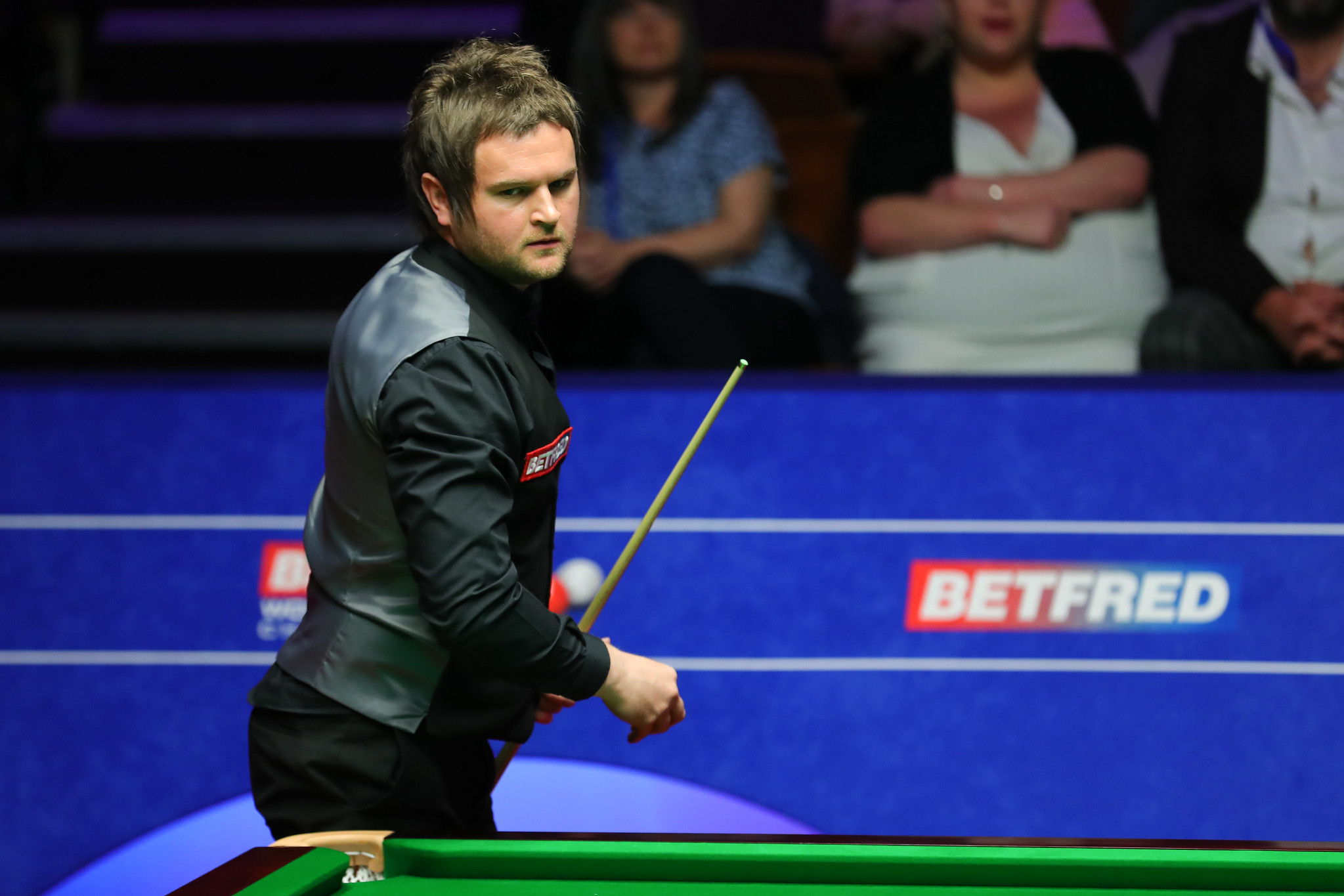 Has snooker been a thing which has contributed to your own personal stress over the years and if so how have you turned that around?

“Definitely. Especially in my younger years. I was fighting to stay on tour for a good few years earlier on in my career. That increases stress. Luckily in recent times I’ve got out of that position and the stress has relieved in every way. Financially and in my life away from snooker. It has been little lifestyle changes that have sorted that. Snooker sometimes doesn’t help but I love playing and I’d never swap that.”

You have a great record in World Championship qualifying in recent years. What is it about that event that brings out the best in you?

“I don’t really know why that is, but I think the longer distances help. I’m able to get on a bit of a roll and the winning line isn’t upon you from the word go. Because it is a longer match the pressure is a bit less until it gets to the business end. I think I am more dangerous in those games than best of sevens.

“I have coped really well with World Championship pressure. I work hard for it every year and it is the tournament that I feel I will get a deep run in one day. I aim to do well in all tournaments but it would be lovely to win a match at the Crucible. I’ve played there three times against three great players. It is very tough as a qualifier playing a top 16 player over that distance, but I enjoy the challenge.”

What are your ambitions for next season?

“I’m trying to close in on the latter stages of tournaments this year. Perhaps I need to prepare for every event as if it is the World Championship. That is where I’ve gone wrong in the past, I haven’t been quite as even with my preparation. Every tournament will be treated as the biggest one in the world this season. Hopefully doing that can bring a run or a title and push me into the top 32. I just want to keep improving as a player and let the snooker do the talking.”