Hill Eyeing Up Top Seeds Ahead of Dream Belfast Debut 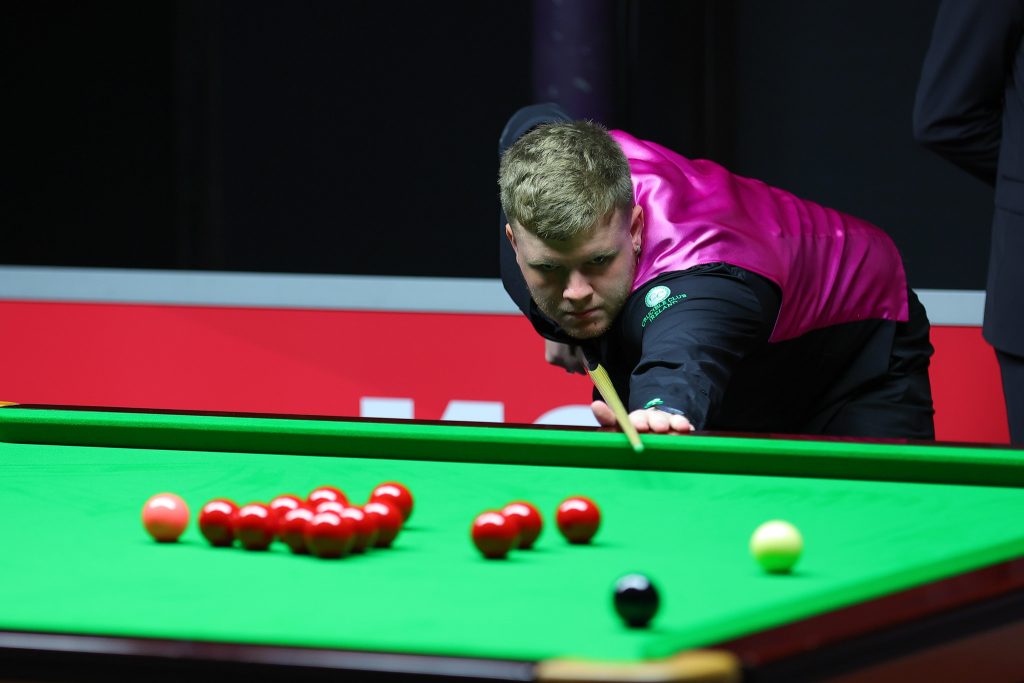 Aaron Hill is relishing the possibility of taking on former World Champion Judd Trump at the BetVictor Northern Ireland Open next week, revealing he was heartbroken after failing to qualify last season.

Hill made no mistake this time around. He beat China’s Zhao Jianbo 4-0 to book his place in the last 64 where he will meet the winner of Judd Trump or Rod Lawler.

The Cork-born potter burst onto the scene in 2020, defeating Ronnie O’Sullivan on his way to the last 16 of the European Masters. A rematch looked set to be on the cards at last season’s Northern Ireland Open. But, Hill failed to beat Andy Hicks in qualifying and missed out on a “dream” debut in the competition against the seven-time world champion.

“It would have been a dream, to play him again in front of my home crowd and family,” he said. “I actually broke down in tears after losing that match, I was devastated. Since I got on the tour, I’ve wanted to play in Belfast at the Waterfront. So, to qualify this year and potentially face Judd Trump, it’s going to be unbelievable. Yeah, I’m absolutely buzzing for it now. And it would be good to play on the main table again. I’ve proved before I can perform out there so hopefully, I can do it again.

“We’ve got a good few bus loads coming up! I’m dreaming to myself every night about the win and fist pumping all the crowd, my family and friends. It will be a dream come true. All I can do is my best and I know that’s good enough so I have to believe in myself.”

Understandably, some players shy away from matches against the top seeds. Not Hill. The draw for the BetVictor Scottish Open qualifiers pits him against four-time world champion Mark Selby. Yet, the world number 95 sees it as an opportunity to impress.

“I’m straight to the venue, playing Selby on the main stage again, all eyes on me kind of thing. If I can beat Trump or Selby, or even both, it will be brilliant. I relish the occasions playing the top boys. It’s a good experience and it will all stand me in good stead. I don’t want to be just drawn against them, I want to be beating them and showing them what I can do. Hopefully, I’m going to be playing them for many years to come. And I can win a few big tournaments against them in the future.” 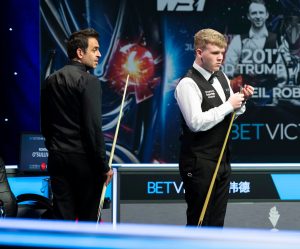 Hill exudes all the fearlessness and confidence often associated with youth. Nevertheless, he hasn’t found it easy. Quite the opposite in fact. Following on from his famous victory over O’Sullivan two years ago, he struggled to cope with the newfound expectations placed on his shoulders.

“It got tough. I was really hard on myself when losing and you forget to take a step back and remember the position you’re in. It’s been my dream all my life to be a professional snooker player. When I first got on the tour I was only 18, I was absolutely buzzing. But after a few months, you realise it’s not all like that honeymoon stage. It becomes your job and with that comes a lot of pressure.

“I wasn’t in the best shape mentally and I wasn’t strong enough,” admitted Hill. “It all hit me at once. I had to qualify for the Crucible to keep my tour card with all the thoughts scattered in my head.”

For the young Irishman, it all came to a head when it mattered most. He failed to qualify for the World Championship after losing 6-4 to Liam Davies – a defeat which provided perspective and prompted some time away from the sport.

A month later at Q School, Hill returned mentally refreshed. Performances on the table were back to somewhere near their best too. And after a narrow defeat in the last 16 of the opening event, Hill dropped just three frames in event two, beating Zhao Jianbo 4-1 in his final match to secure a two-year tour card.

“It was just the biggest relief ever!” said the former European Under-21 champion. “I put the cue away for a few weeks, trained hard to get fit and get my mental state as best as it could be for Q School and I played unbelievable that week. I was quite emotional when I got through because, I went from beating Ronnie and looking like this big prospect, to dropping off the tour and thinking I might have to get a job.

“I’m in a totally different mindset now. I’m looking forward to playing and being happy about things because that’s something I wasn’t 12 months ago. When I got on tour at 18, to know what I’ve learnt, the things I went through, for a 20-year-old I’m as strong as I can be and I’m really happy.”

Tickets for the BetVictor Northern Ireland Open are still available and start at just £15. For details click here.