History Of The BetVictor European Masters

The 22/23 season is heating up, as we head out to Fürth on Tuesday for the final stages of a knockout tournament for the first time this term.

Next week the BetVictor European Masters will be held in Germany, which becomes the fifth country to host the event. In its six-year history, the tournament has already been hosted by Romania, Belgium, Austria and England. The Stadhalle in Fürth is a popular choice to take over, having previously been the venue for the Paul Hunter Classic between 2004 and 2019.

Across the six editions thus far, the tournament has seen all-time greats lift the trophy and played host to underdog fairytales. Here is a look back at the previous finals. 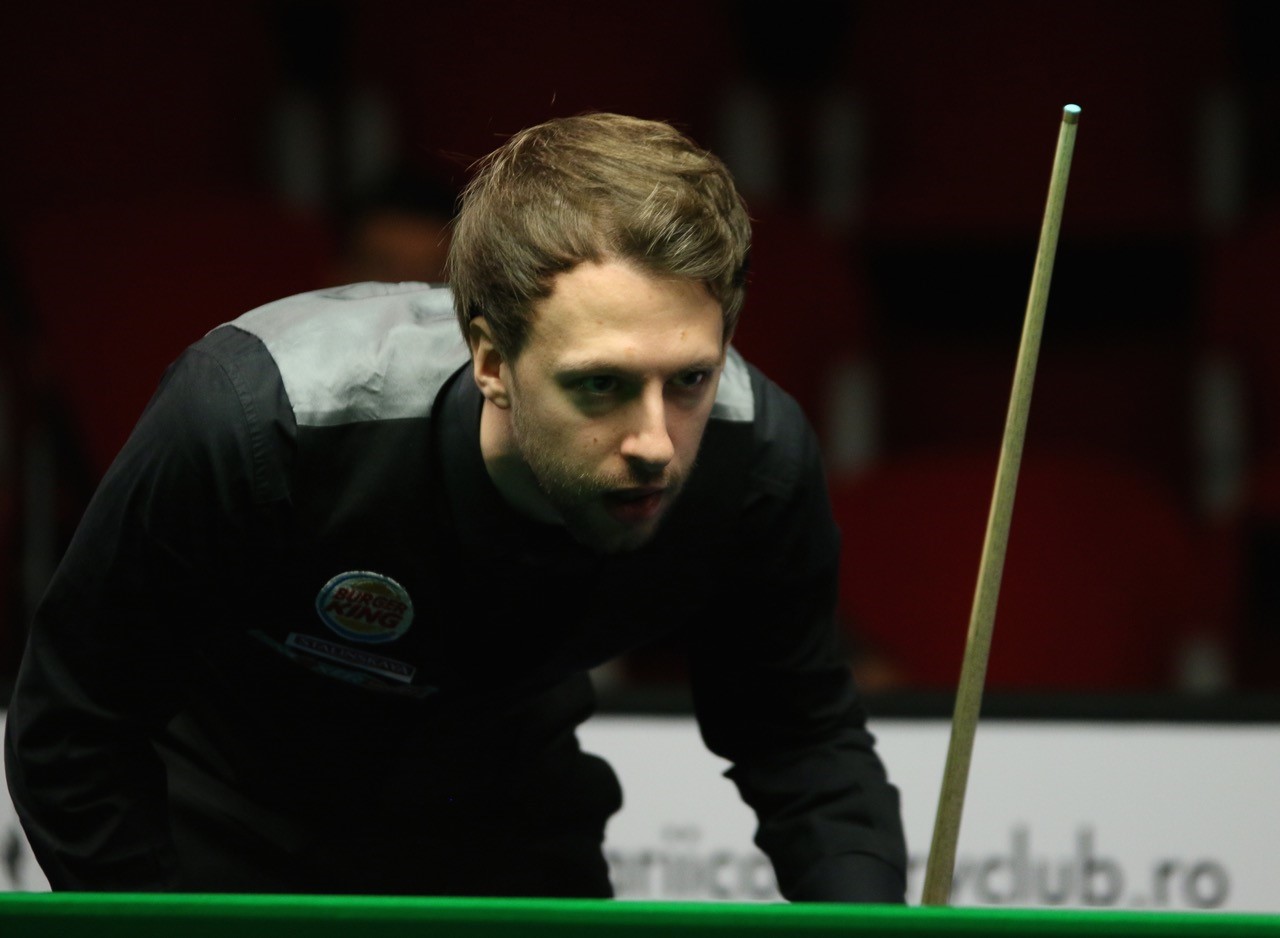 Two behemoths of the baize battled it out in Bucharest for the inaugural European Masters title, with Judd Trump coming through to defeat Ronnie O’Sullivan and pick up the sixth of his 23 career ranking crowns to date.

It was O’Sullivan who seized the early initiative, taking a 5-3 advantage after the first session. He continued to control proceedings when play got back underway and moved to the precipice of victory at 8-6. However, Trump, who was using a new cue, came roaring back to force a deciding frame, where he crafted a nerveless run of 74 to clinch the title.

“I’m a little bit in disbelief,” said Trump. “To go 8-6 down was a little bit disheartening. I was faced with a difficult blue in the next frame and I just thought that I have to go for it. After that, I didn’t miss in the next three frames. To produce that under pressure against Ronnie will stand me in good stead for the rest of the season.” 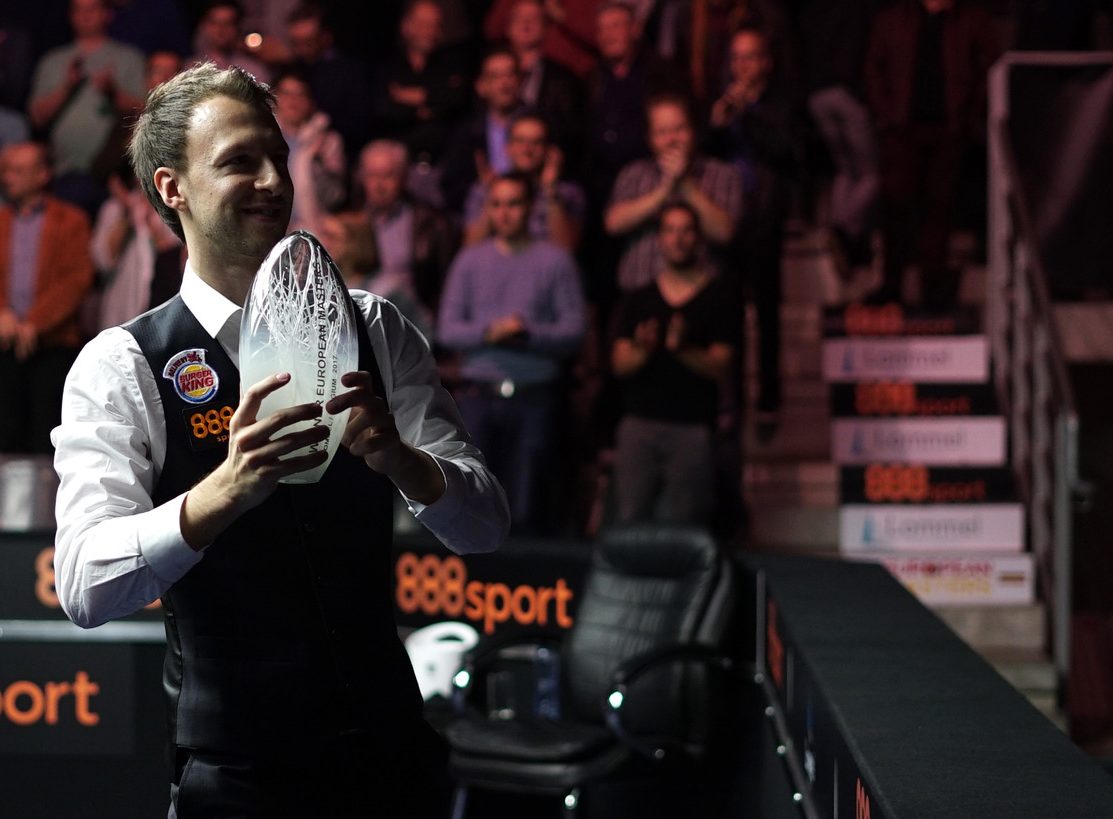 Judd Trump defended a ranking title for the first time in his career, after coming through a tightly contested final with 2015 World Champion Stuart Bingham in Lommel.

The tie was a repeat of the Welsh Open final from earlier that year, where Trump agonisingly lost 9-8 at the hands of Bingham. On this occasion it was the Bristolian who came out on top.

Bingham started brightest in the afternoon, taking a 4-2 advantage. However, he was left to rue allowing that lead slip, as Trump claimed two in a row to set up a grandstand finale in the evening. They ended the first session locked level at 4-4.

With the scores still all-square at 7-7, Trump staged his burst for the line. He took the 15th frame, before firing in a match winning break of 107.

Trump said: “Winning this tournament last year gave me a good incentive to defend the title. Now I have got that off my back I can set myself new targets for the rest of the season.

“It would be nice to win two tournaments in a row, that is another aim of mine. I want to do as well as possible in every tournament and try to win as many big events as I can.”

Trump would go on to achieve that feat in 2020, when he won consecutive events at the Players Championship and the Gibraltar Open. 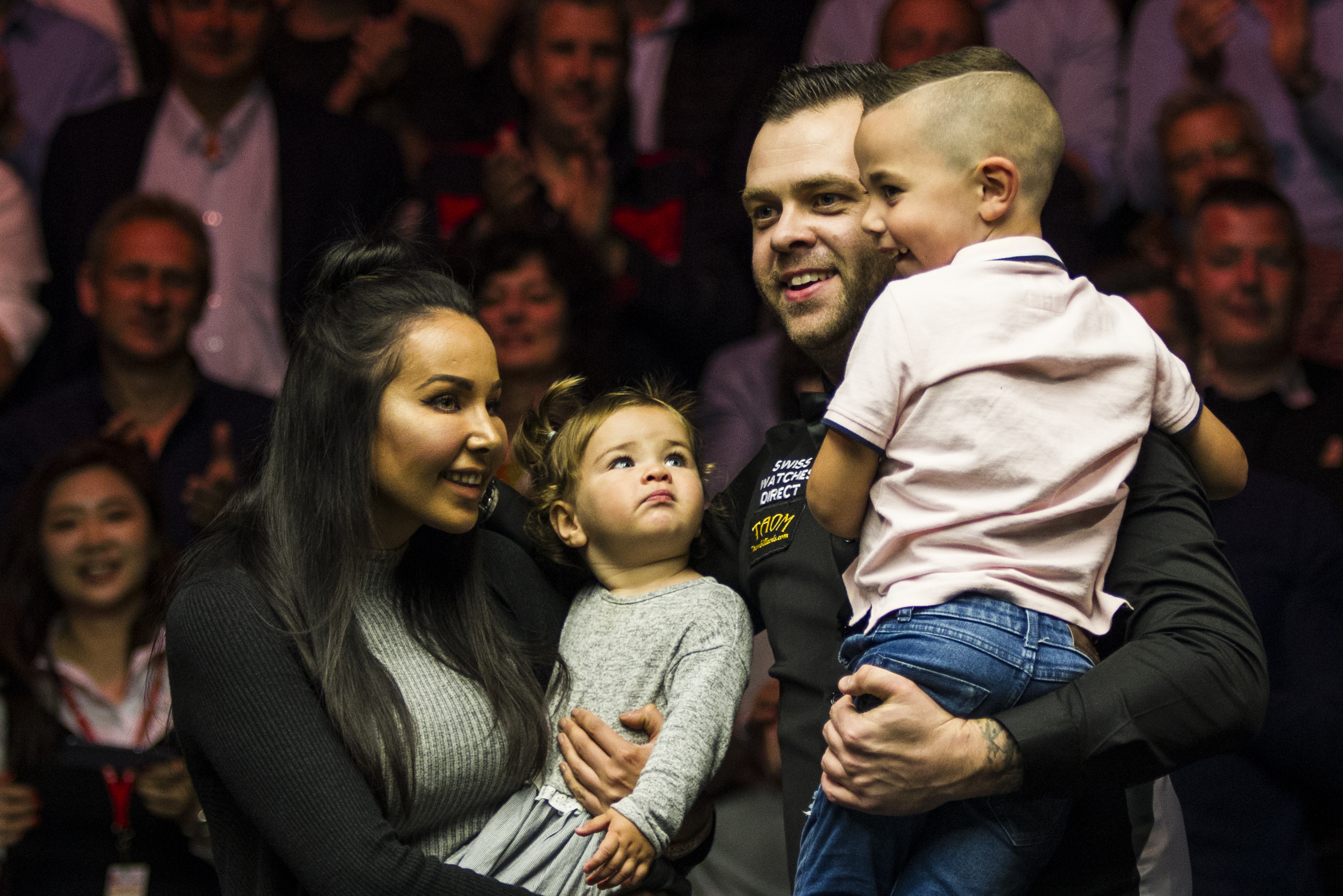 Robertson with partner Hayley and children Poppy and Frankie.

Lommel in Belgium hosted the tournament for a second year in a row and it was the scene of a great underdog story, as Jimmy Robertson upset the odds to land a fairytale first ranking crown.

Robertson had turned professional 16 years before his breakthrough win and to that point he hadn’t been beyond the quarter-finals of a ranking event.

Perry fought back from 5-0 and 7-3 down in the final to leave the match in the balance at 7-6. However, breaks of 54 and 106 in the last two frames saw Bexhill’s Robertson get his name on the trophy. The £75,000 prize remains his biggest payday so far.

Robertson said: “It is what I’ve dreamed of since I first started playing. I never thought this day would happen and the way my career has gone so far I had never been to the latter stages in tournaments. I always knew I was capable of doing it but actually doing it is a completely different thing.

“I was delighted with how I held myself together. Joe played really well in the evening session, but I am just pleased to have produced some good snooker from 7-6.

“Winning your first title is massive. You never know if you are going to get over the line and you don’t know how you are going to handle it. To win my first ranking event and have my family here means everything.” 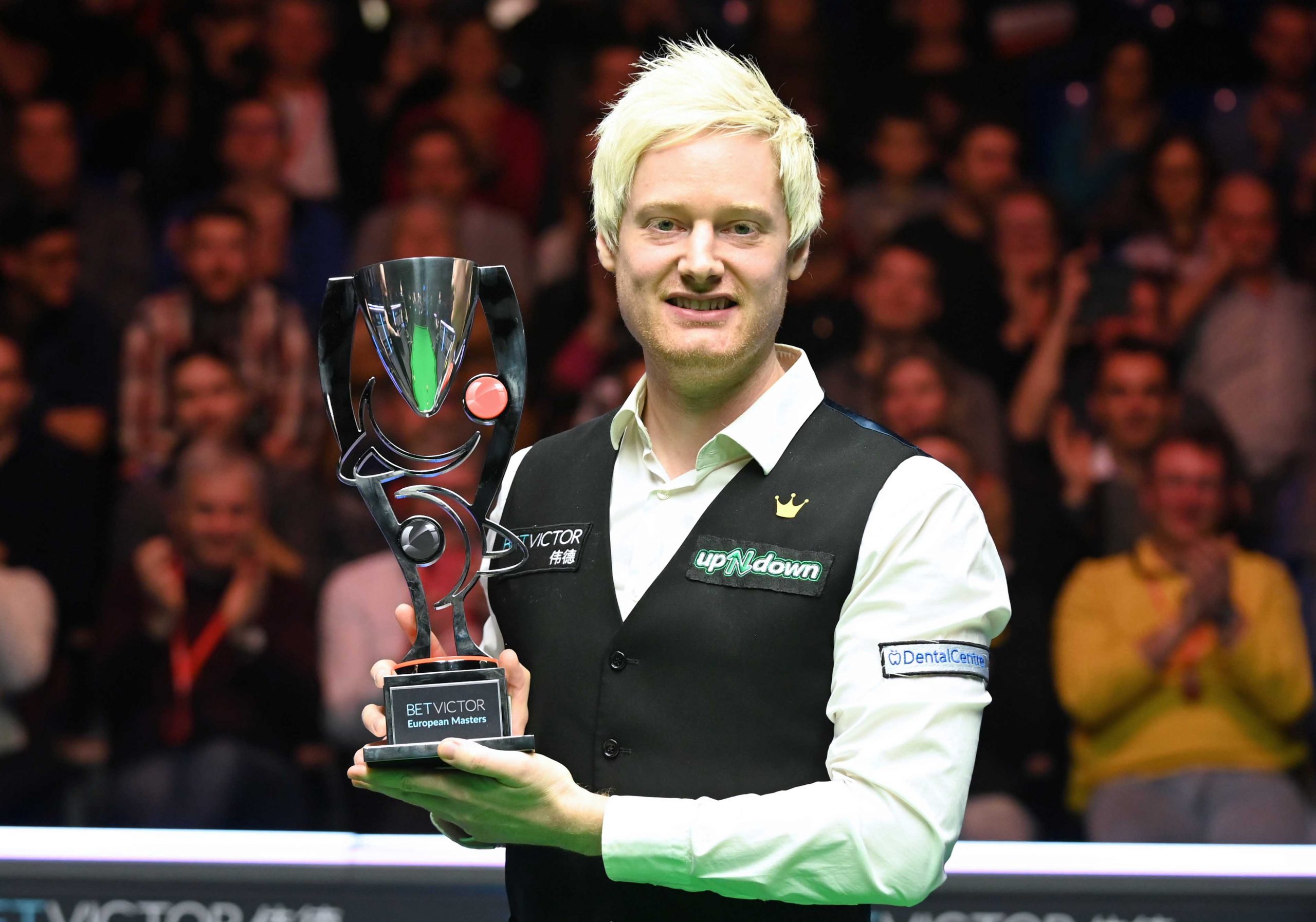 Neil Robertson became the second player ever to whitewash his opponent in a two-session ranking event final as he beat Zhou Yuelong 9-0 to win the title in Dornbirn, Austria.

The only previous whitewash over a similar length came at the 1989 Grand Prix when Steve Davis beat Dean Reynolds 10-0. However, there has since been a third, with Zhao Yuelong’s 9-0 defeat of Yan Bingtao in last season’s BildBet German Masters final.

“It was a strange feeling tonight because if I had lost one or two frames I would have been disappointed not to join Steve Davis, 31 years after it had previously been done,” said Robertson. “That gave me an extra focus tonight, to really try and win that frame. On the colours I was just praying for one chance, and I knocked in a good green.

“The first two frames this afternoon could have gone either way, after that I played well, I was very aggressive. My long potting was ridiculous and I scored very heavily. From 2-0 to 8-0 he didn’t do much wrong.

“To win 9-0 is amazing. It’s just one of those rare things. I didn’t let him settle, I kept my foot down all the way. I was determined to win every frame. I feel a bit sorry for the crowd tonight because they didn’t see much snooker, but at the same time they got to witness a bit of history.” 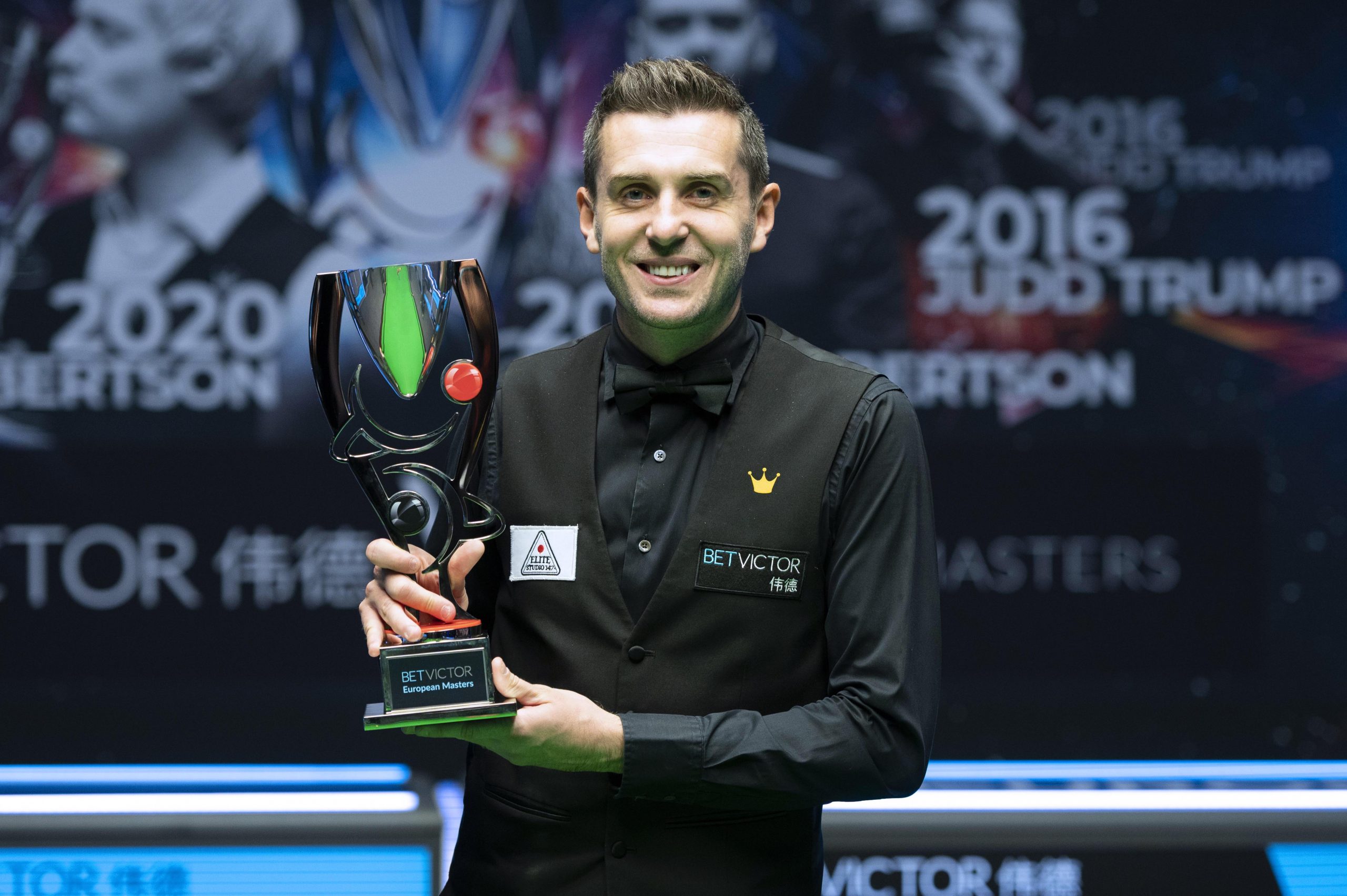 Due to the coronavirus pandemic, Milton Keynes hosted the second running of the European Masters within the space of a year. This time it would be held behind closed doors in the Marshall Arena.

Despite the sterile and Covid-secure backdrop, Mark Selby and Martin Gould provided the usual fireworks on the baize. However, it was Selby who edged through to pick up the top prize, with what was his tenth consecutive win in a ranking final.

Selby had established a 4-0 lead in the afternoon session, but Pinner potter Gould hit back to take four on the bounce of his own and level at 4-4. From that point on the pair were nip and tuck in a battle for the finish line.

During the evening session, the scores were all-square at 7-7, when Gould spurned a golden chance to move one from the win by missing a straightforward blue to the middle. Selby pounced to edge ahead, but a steely break of 96 from Gould forced a decider. It was Selby who held his cool in the end, crafting a run of 72 to get over the line.

Selby said: “I’m really over the moon. I played well at the start of the match and in the second session I missed a few. You are going to do that in a best of 17 match, you can’t pot everything. I thought Martin played fantastically well from 4-0 down to put me under pressure. I’m really happy how I held up in the last frame when I got a chance.

“A few years ago I was getting to finals and getting beat, not converting them. I’ve gone on a run since then. To win the last ten finals I’ve played in is incredible. You are playing the top players in the game every time in a final. To win ten on the trot is an incredible feat and something I need to be proud of.” 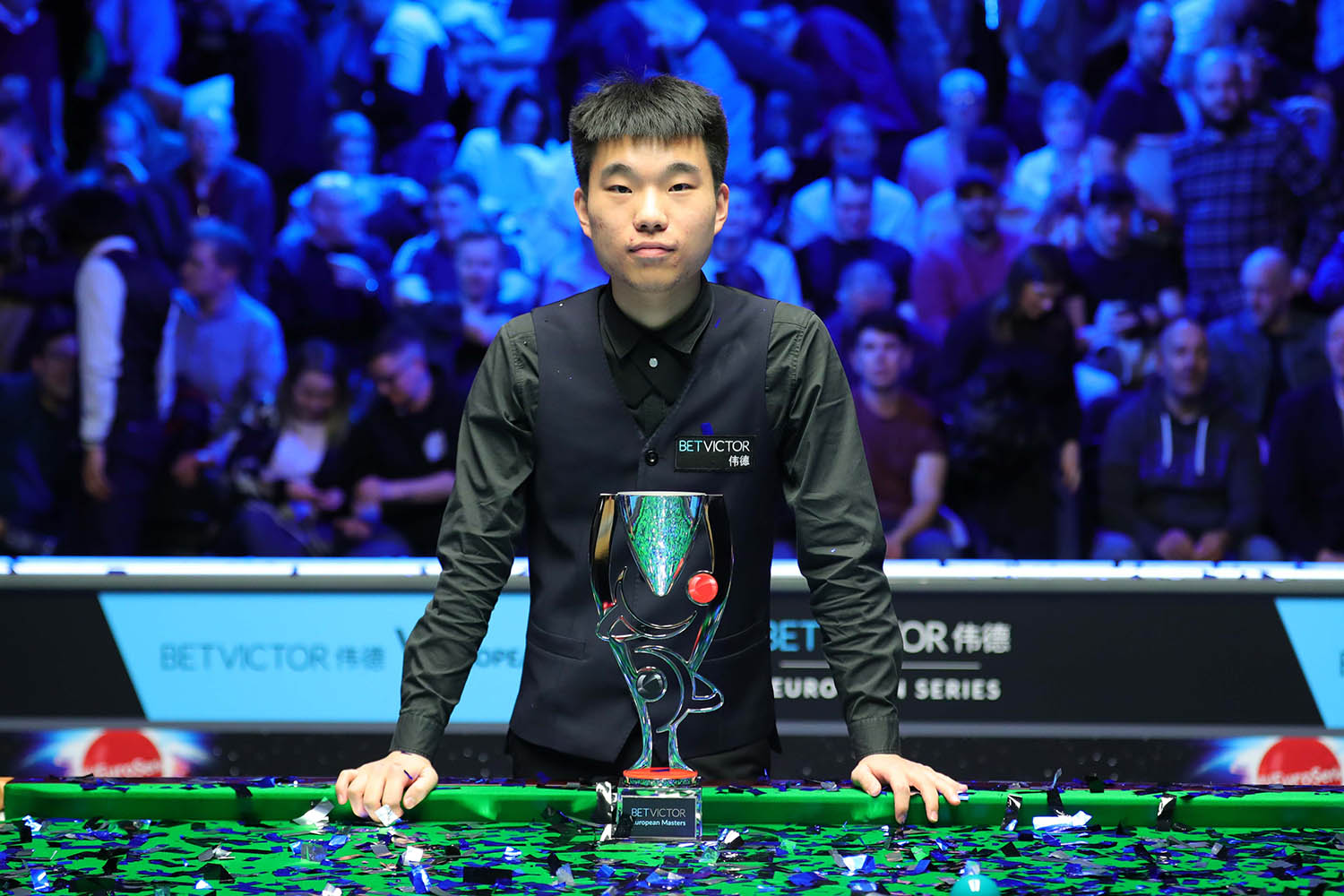 Fan Zhengyi, a 750-1 outsider at the start of the event, stunned the snooker world to defeat the legendary Ronnie O’Sullivan and take home the title.

China’s Fan came into the event ranked 80th in the world and had never previously competed in a ranking event semi-final. His opponent was playing in the 60th ranking final of his career.

Fan practises with compatriots Zhao Xintong and Yan Bingtao at Victoria’s Snooker Academy in Sheffield. The success of those two players has clearly inspired others to follow and 21-year-old Fan is the latest player from China to showcase his considerable talent.

With the destiny of the tournament coming down to one final frame at 9-9, Fan fired in a superb, match winning 92 to secure his maiden ranking event win.

Fan said: “Just playing Ronnie in the final was a dream come true. He is every Chinese player’s idol, even Zhao and Yan because he is so generous to us. I was so happy just to learn something from him.

“I have to thank Zhao and Yan because every day we play together and learn from each other. That’s the best thing about being together. We are like brothers.”