We’re just three weeks away from the fifth anniversary of the BetVictor Northern Ireland Open, with the 2021 edition getting underway at the Waterfront Hall in Belfast on October 9th. To mark the occasion we’ve taken a look back at all five finals to date.

In its short existence thus far the Northern Ireland Open has already played host to some supreme drama, from maiden ranking winners to history quite literally repeating itself. Here is a reflection on the annual battles for the Alex Higgins Trophy… 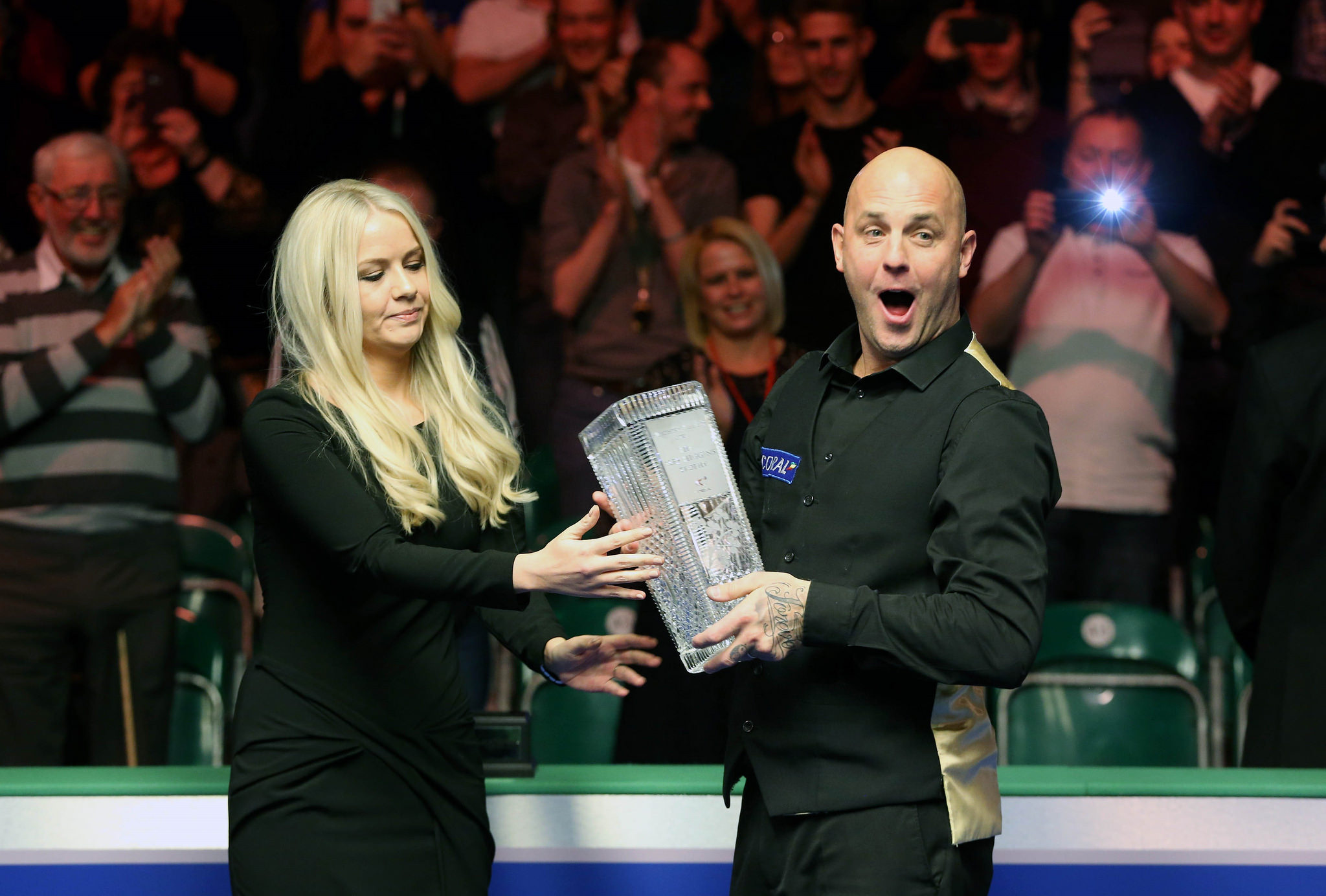 The first ever Northern Ireland Open saw Essex cueman Mark King find himself in his third ranking final. He was aiming to land a dream maiden ranking crown after 25 years as a professional. Standing in his way was former Crucible finalist Barry Hawkins, who had already racked up two of his three ranking titles to date.

A dramatic match saw King battle to move just a frame from glory at 8-7. He required a seven-point snooker to force a re-spot in the 16th frame. Only the pink and black remained on the table, but the black was over the top right corner. He managed to place the pink ball impossibly on top of the black with one of the shots of his career. Hawkins fouled, but won the re-spot to take the match to a decider.

King controlled the final frame and sealed an emotional victory and win the Alex Higgins Trophy in Belfast.

Afterwards he said: “I just thought all week my name was on the trophy. I didn’t say it, I just thought things were happening. People were missing game balls, I was winning on the black. It just looked as if it was meant to be and it was. Unbelievable.

“At 8-7 up, I came out and my little six-year-old Polly was out doing cartwheels and the splits outside the arena. That just calmed me down a little bit, seeing her happy. I thought worst case scenario I have my three gems here and my wife. I left everything on the table and it is just nice to come out and be a champ.” 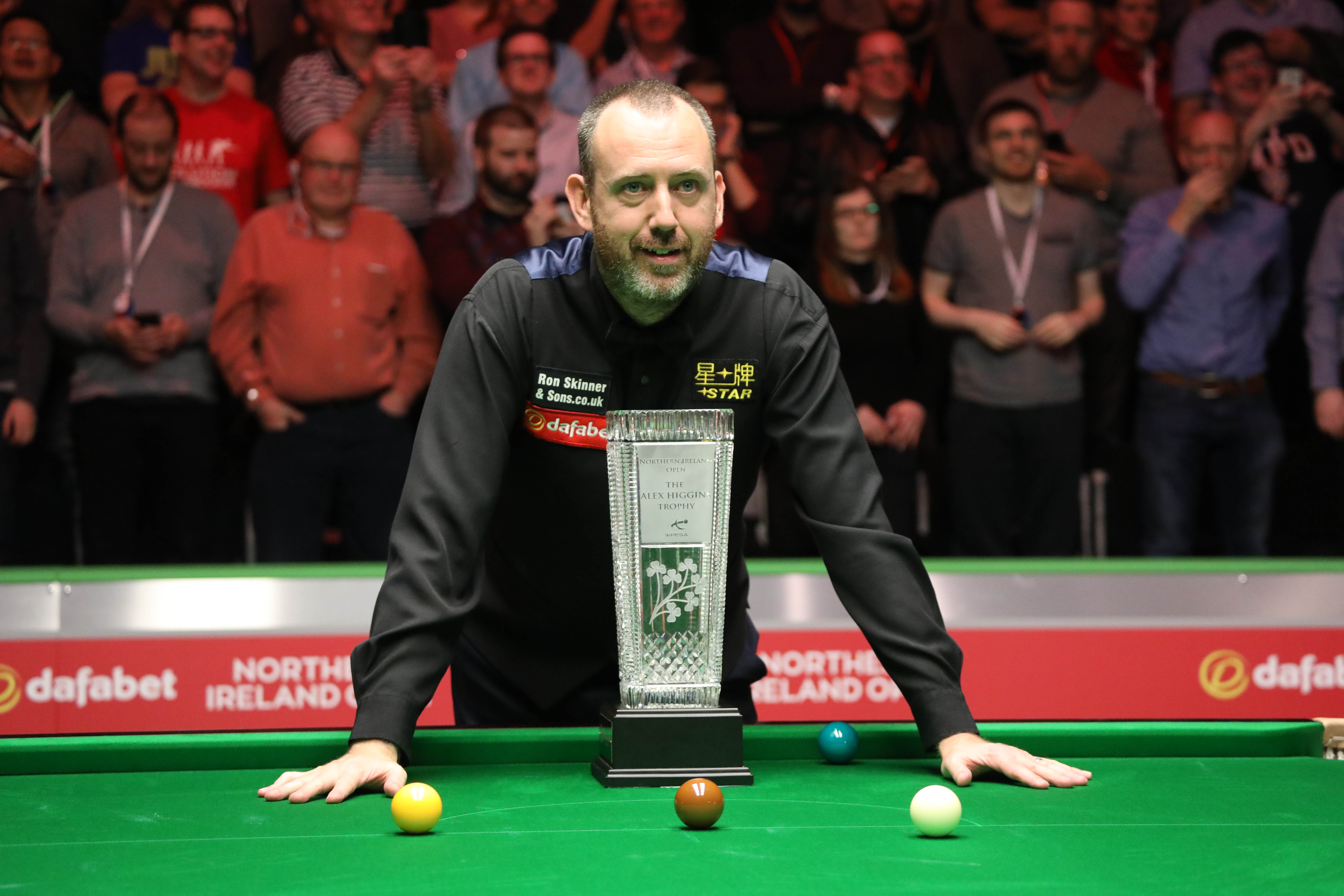 A victory which sparked a golden season for Mark Williams. He would go on to end the season by landing a first world title since 2003, defeating John Higgins 18-16 in the final to win the World Championship and become King of the Crucible for a third time.

Yan, aged just 17 at the time, would have beaten Ronnie O’Sullivan’s record to become the youngest winner of a ranking event had he taken home the title. He subsequently failed to clinch silverware in time for the record, but the now 21-year-old has since won a maiden ranking title at the 2019 Riga Masters and earlier this year he claimed Triple Crown glory by winning the Masters.

Yan performed well during a high quality final. He had looked set to make history when he led 6-3 and 8-7. However, Williams showed his class and turned the match on its head to seal the Alex Higgins Trophy.

Leading up to the final there were doubts whether Williams would even take to the baize. His wife Jo had fallen ill with Meningitis and required treatment in hospital. Williams made the decision on the morning of the final to play and thankfully she has since fully recovered. It all added up to being a very emotional occasion for the Welshman.

Williams admitted: “After I won and they were interviewing me I could feel myself choking up a little bit. I am never like that. I’ve actually felt myself do it a couple of times now, after I won in other tournaments. It was only at 11 o’clock on the morning of the final, that I told Tournament Director Mike Ganley that I would play.

“She was having something injected into her spine and I was waiting to see how that went in the morning. God forbid anything didn’t go as planned, I would have been straight on the flight home. It was really close to not having a final played, I don’t think that has ever happened before.” 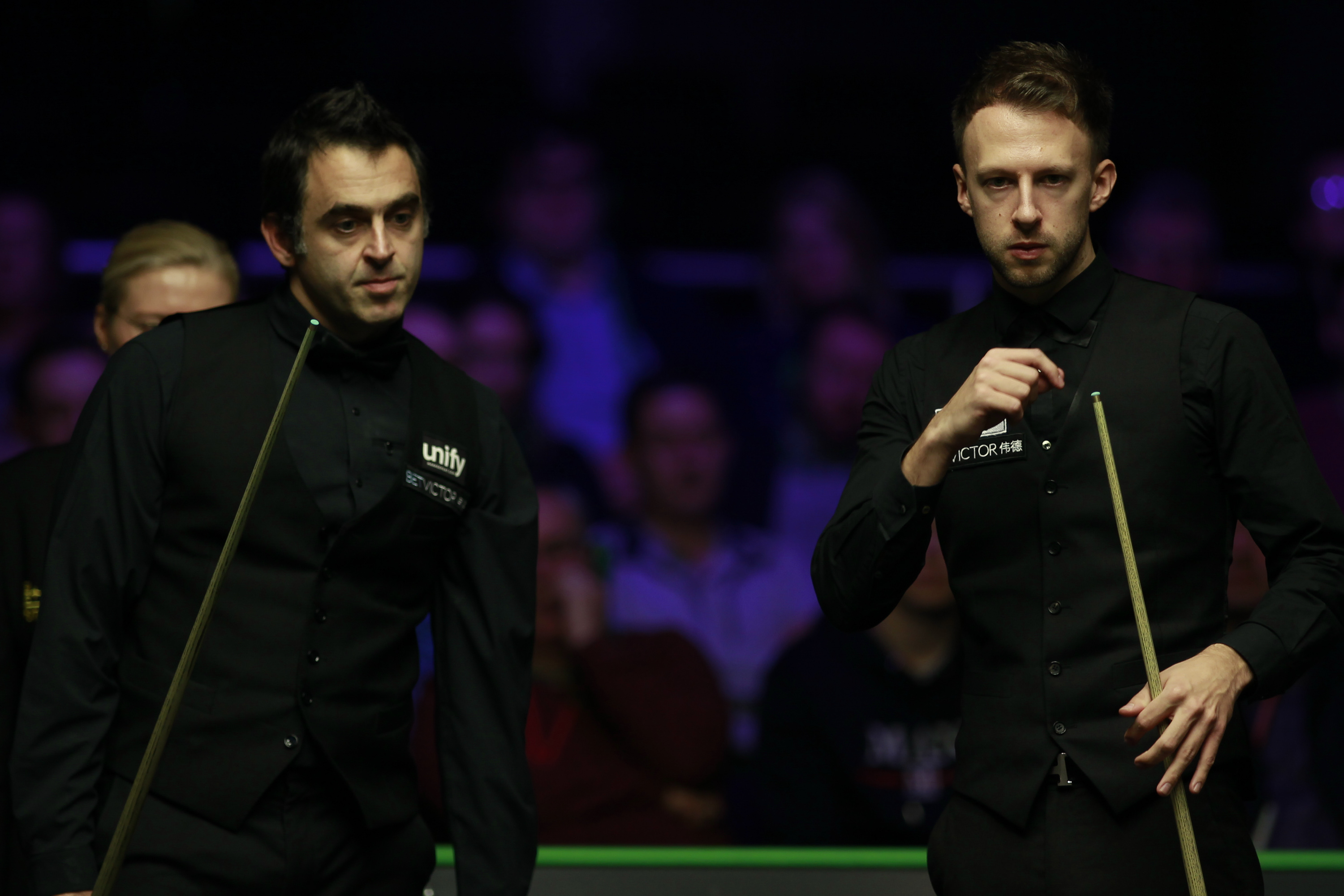 Judd Trump and Ronnie O’Sullivan faced off in the first of a series of high profile meetings in the final of the event, where they would go on to meet for three consecutive years.

Trump’s victory in 2018 was the ninth ranking title of his career. His incredible performances in recent seasons can be highlighted by the fact he has since more than doubled that tally to currently hold 22.

O’Sullivan went into the match seeking back-to-back titles, after winning the Champion of Champions a week earlier.

The players were inseparable during the afternoon session, emerging locked level at 4-4.

O’Sullivan sparked the evening session into life, when a break of 134 saw him move 7-6 ahead. The Rocket appeared to have the momentum, but that jolted Trump into gear as he surged to the finish line. After winning consecutive frames, he powered home thanks to a break of 79 to win 9-7.

“It was tough all day,” said Trump. “I was prepared for facing Ronnie. Against anyone else I would probably have been 6-2 up after the first session. Nobody else clears up after you miss like he does. Tonight it was a little bit different and I was making the clearances after his mistakes.” 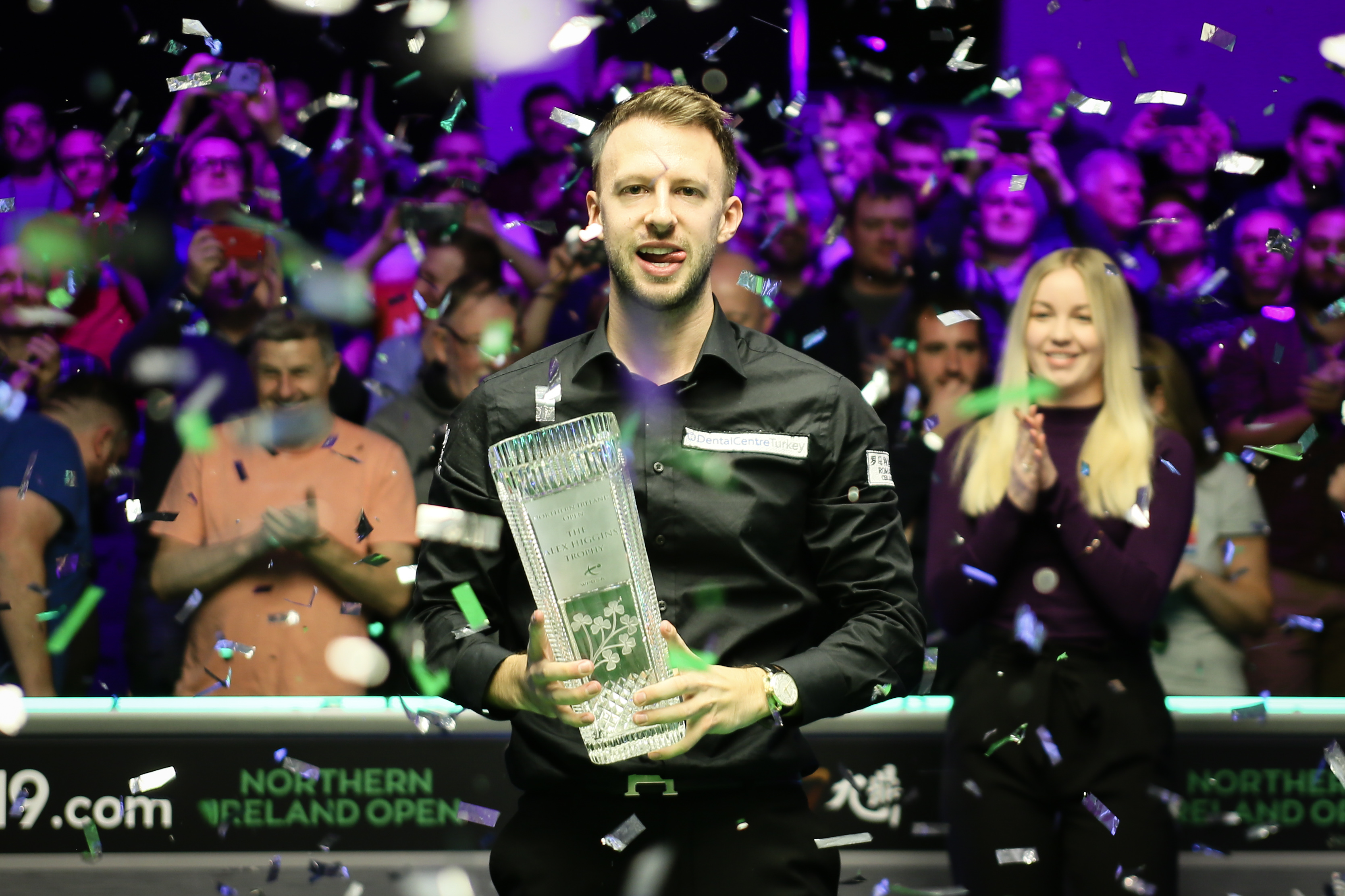 Snooker’s 350th ranking final was fittingly contested between two of the sport’s biggest hitters at the Waterfront Hall.

It was the first back-to-back repeat final since Paul Hunter and Ken Doherty met in the Welsh Open in 2001 and 2002.

Trump took the early initiative, emerging 5-3 ahead following the afternoon session. O’Sullivan clawed one back as the evening play got underway. However, three on the spin for Trump, including a spectacular 147 attempt which ended on 113, saw him move 7-4 in front.

O’Sullivan refused to buckle despite the Trump onslaught, making breaks of 72 and 76 to pull within a frame at 7-6. However, Trump managed his lead and managed to get over the line 9-7.

The win saw Trump notch up his third ranking title of the campaign, he would go on to add another three and break the record for most ranking victories in a season with six.

Trump said: “It was an amazing atmosphere out there at the end. Both times I have played him here in the final it has been unbelievable. The arena is made for snooker. I managed to save my best for the final. I wasn’t feeling particularly great in the matches leading up to that. The end of my semi-final against John Higgins inspired me and that gave me the confidence to go out there against Ronnie and play my best.

“I think for the fans we do bring the best out of each other. We have had some amazing games recently. It is always pretty close. When I have played him recently, I have played my best. That is what you have to do against him. If you miss chances he walks all over you.” 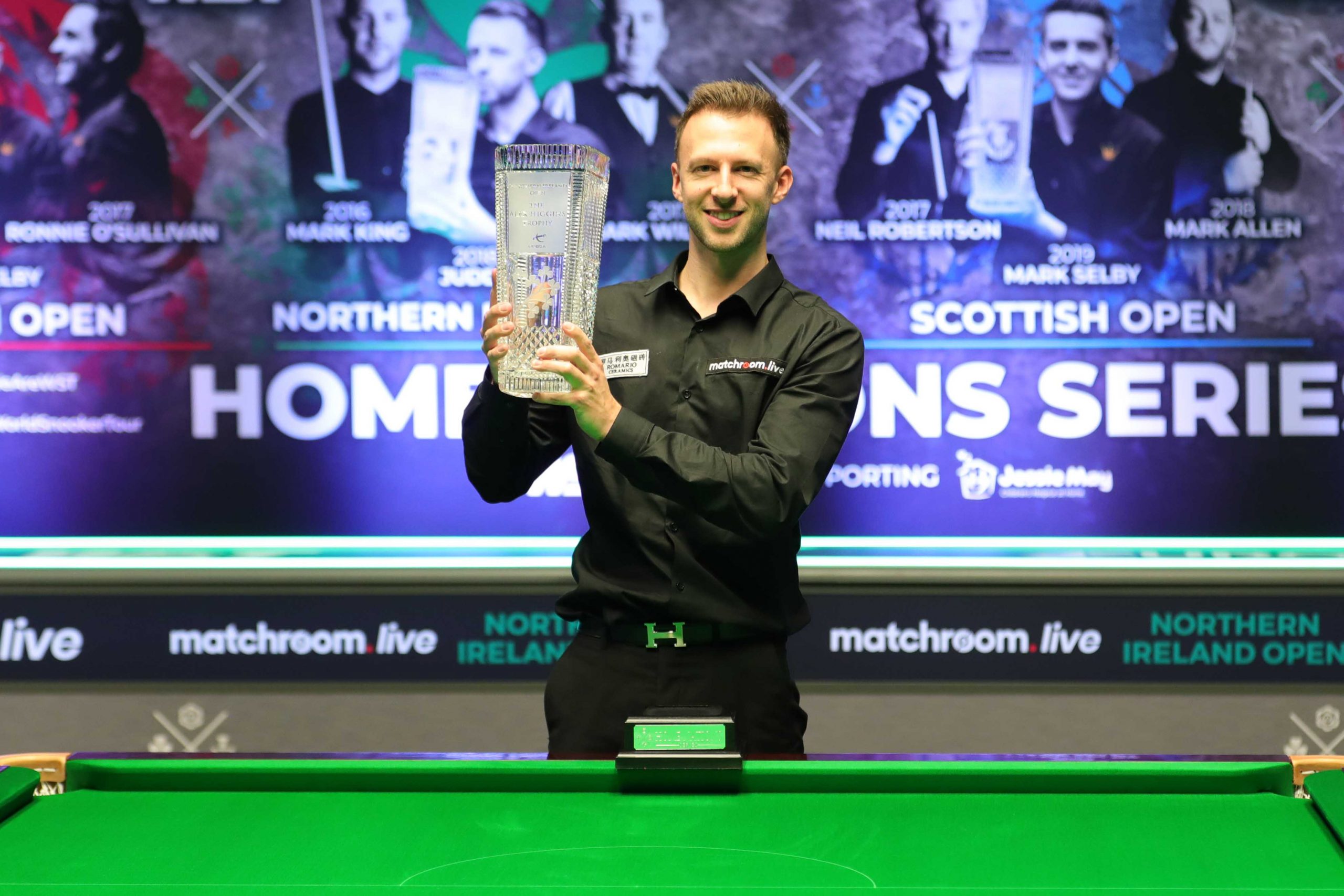 With the pandemic forcing the world of sport behind closed doors, the third consecutive encounter between two of the sport’s biggest stars was sadly played out in front of an empty arena in Milton Keynes.

However, the fans forced to watch at home were served up with yet another dramatic encounter, which remarkably mirrored the previous two by ending with the exact same scoreline.

Victory for Trump saw him become the first player to win a specific ranking title three years in a row since Stephen Hendry completed the feat at the 1996 UK Championship.

The Ace in the Pack came into the evening session 5-3 ahead. He made an authoritative start when play resumed, composing breaks of 89 and 55 to move just two from victory at 7-3. O’Sullivan hit back to claim the 11th, before a run of 63 helped him to make it 7-5 at the mid-session interval.

When they returned, Trump fired in a sublime 115 to move one from victory at 8-5. O’Sullivan responded with a break of 93 to reduce his arrears and a further contribution of 74 saw him pull within a frame at 8-7.

O’Sullivan had the first opportunity to force a decider in the 16th frame, but broke down on a run of 32. Trump ruthlessly stepped in and made a nerveless break of 89 to secure the title.

“I’m delighted. It was a tough game. I felt confident at 8-5. I felt like I was going to get chances and that didn’t happen. I played a couple of bad safeties, he forced me into a couple of errors and before I knew it the score was 8-7 and looking like 8-8.” said Bristol’s Trump. “I was wondering if I was even going to get a chance to win the match. I made a brilliant clearance, it was up there with one of the best clearances I’ve made.

“I can’t remember anyone else in the history of the game even getting close to my record in finals against Ronnie. To have a winning record of 7-3 now is absolutely incredible. He is probably the best player that’s ever lived and I’ve got a record like that against him.”