How To Watch The BetVictor Championship League

The BetVictor Championship League resumes this week with Group Seven, followed by the Winners’ Group. Fans around the world can watch the action live. 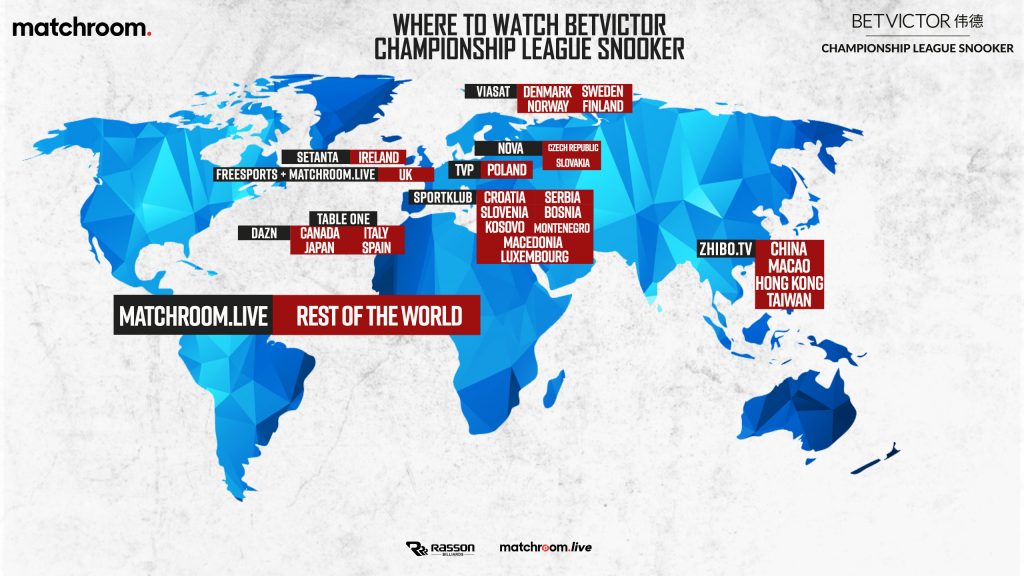 Neil Robertson, Mark Williams and Yan Bingtao are among the players involved in Group Seven on March 30 and 31. Then on April 1 and 2 it’s the Winners’ Group, featuring the likes of Judd Trump, John Higgins and Kyren Wilson. For the match schedule CLICK HERE

BetVictor Championship League Snooker will be broadcast live around the world, with two tables of action to be enjoyed every day on betting websites and at Matchroom.Live* and zhibo.tv in China.

In addition, coverage of Table 1 will be available on the following TV networks: