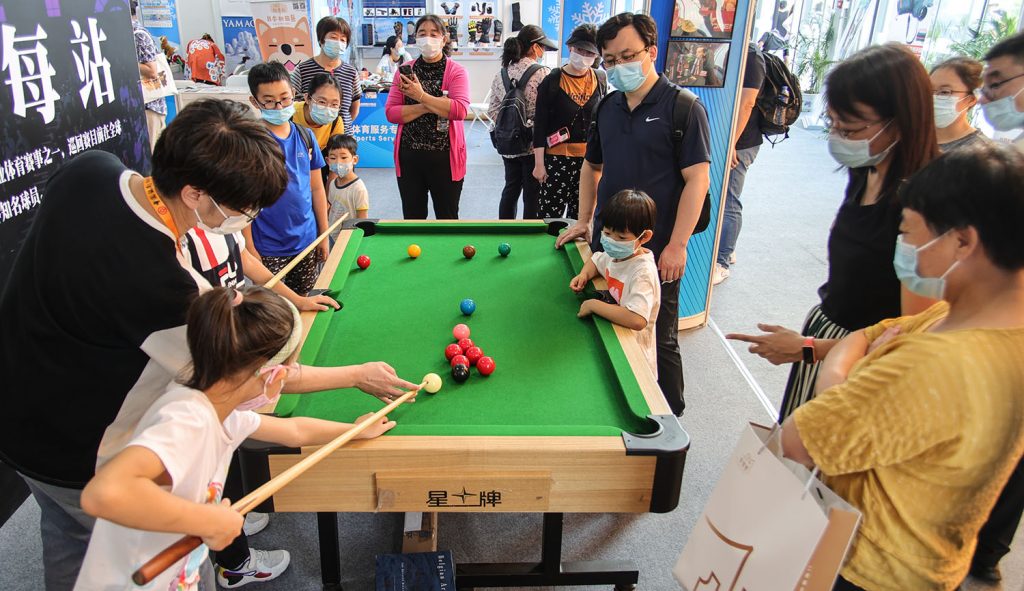 Nearly 1,000 fans visited the snooker stall at the 2022 China International Trade in Services (CIFTIS) in Beijing over the weekend.

Children tried the sport for the first time on a small table and received WST gifts. Fans also had the chance to see the World Championship and China Open trophies and learn more about the sport.

With the theme of Sports Invigorates the City, the 2022 China International Trade in Services (CIFTIS) officially launched in Beijing Shougang Park last Thursday. This is the second time that WST has participated in CIFTIS, which is the highest level of exhibition and forum in China.

Jason Ferguson, Chairman of WPBSA, delivered a video speech at the main forum. Sohail Shaikh, minister counsellor at the United Kingdom Department for International Trade, came to the WST booth to meet staff.