I Want To Rival Trump – Lisowski 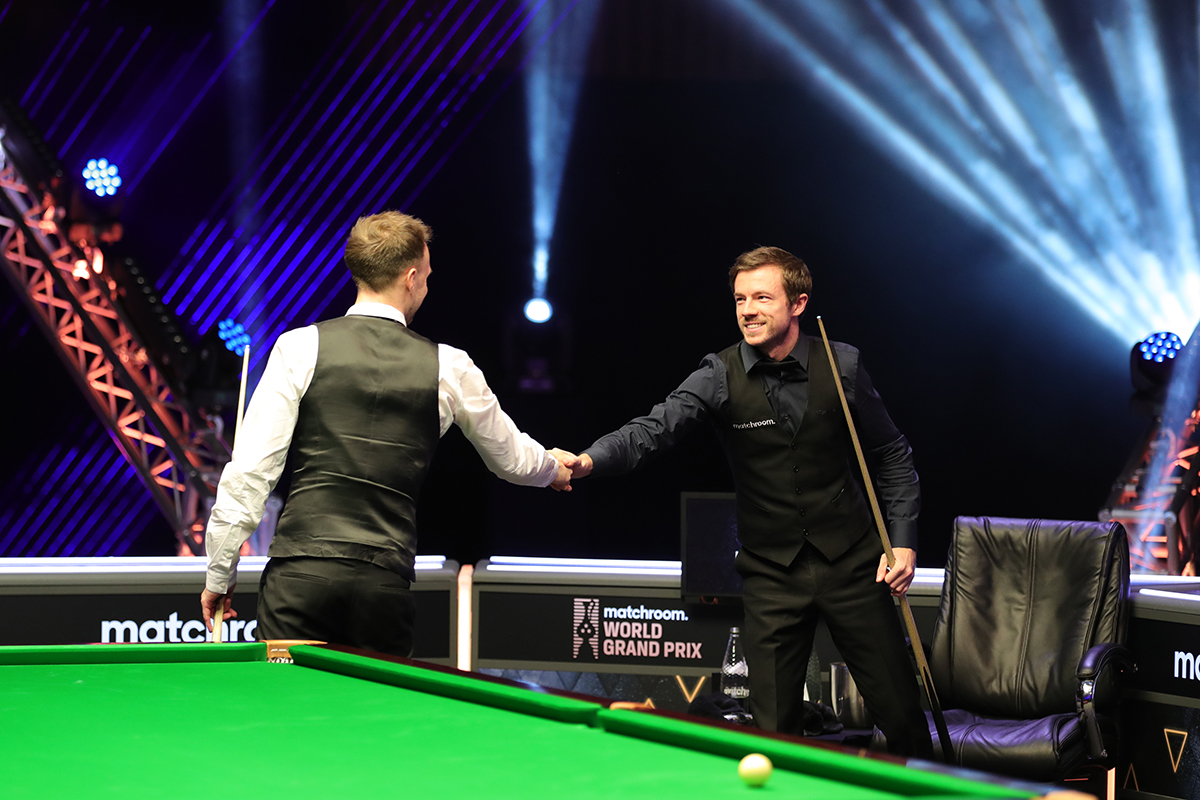 Lisowski lost out 10-7 in a thrilling World Grand Prix final with Trump.

Jack Lisowski has had one of his best seasons to date, reaching three finals, he now wants to make the next step by clinching maiden silverware and is targeting a rivalry with close friend and world number one Judd Trump.

A burst of consistency in the second part of the season has seen Lisowski confirm his place in the top eight of the one-year list and ensure he will be at next week’s Cazoo Tour Championship. However, he is still relentlessly pursuing his first ranking title, having been thwarted in the final on three occasions by Trump during this campaign.

Lisowski, who has been runner-up in six ranking events in total, has lost out to Trump in title matches at the World Grand Prix, German Masters and Gibraltar Open this season.

The Gloucestershire cueman admits that although it is difficult facing his friend in such high stakes matches, that is the standard which he has to aim towards. Lisowski now hopes that having got more used to competing with Trump, he can kick on and establish a rivalry with the 2019 World Champion.

Lisowski said: “It is horrible playing each other in big matches. I can even see that he genuinely wants me to win a title. If I beat him he would be sad to lose, but I know he would be happy for me at the same time. It is really weird. He is such a close friend and it is just strange playing your best mate in a final of a tournament.

“Everyone knows he is the best player in the world. Who knows what would have happened if I played anyone else in those finals. It took the best player in the world to beat me. I’m not going to say that he is my rival yet, but I’d like to be able to say that in the future, where I’m winning the odd tournament and he is winning. It would be a proper clash then. I would love to turn into one of his rivals. That is the aim at the moment and if I can do that then I’d know I’m doing really well.

“Our dads used to take us to all the tournaments as juniors, driving us all over the country. Now we are adults and driving ourselves there and playing each other in the biggest events in the world. I’m sure our families enjoy watching it and like it from that side. We’ve grown up now, he grew up faster than me as a snooker player, but I’m starting to grow as a player myself now.”

Each time 29-year-old Lisowski has reached the title match of a ranking event, he has run into world class opposition. His finals have seen him come up against Trump three times, Neil Robertson twice and Mark Selby once. 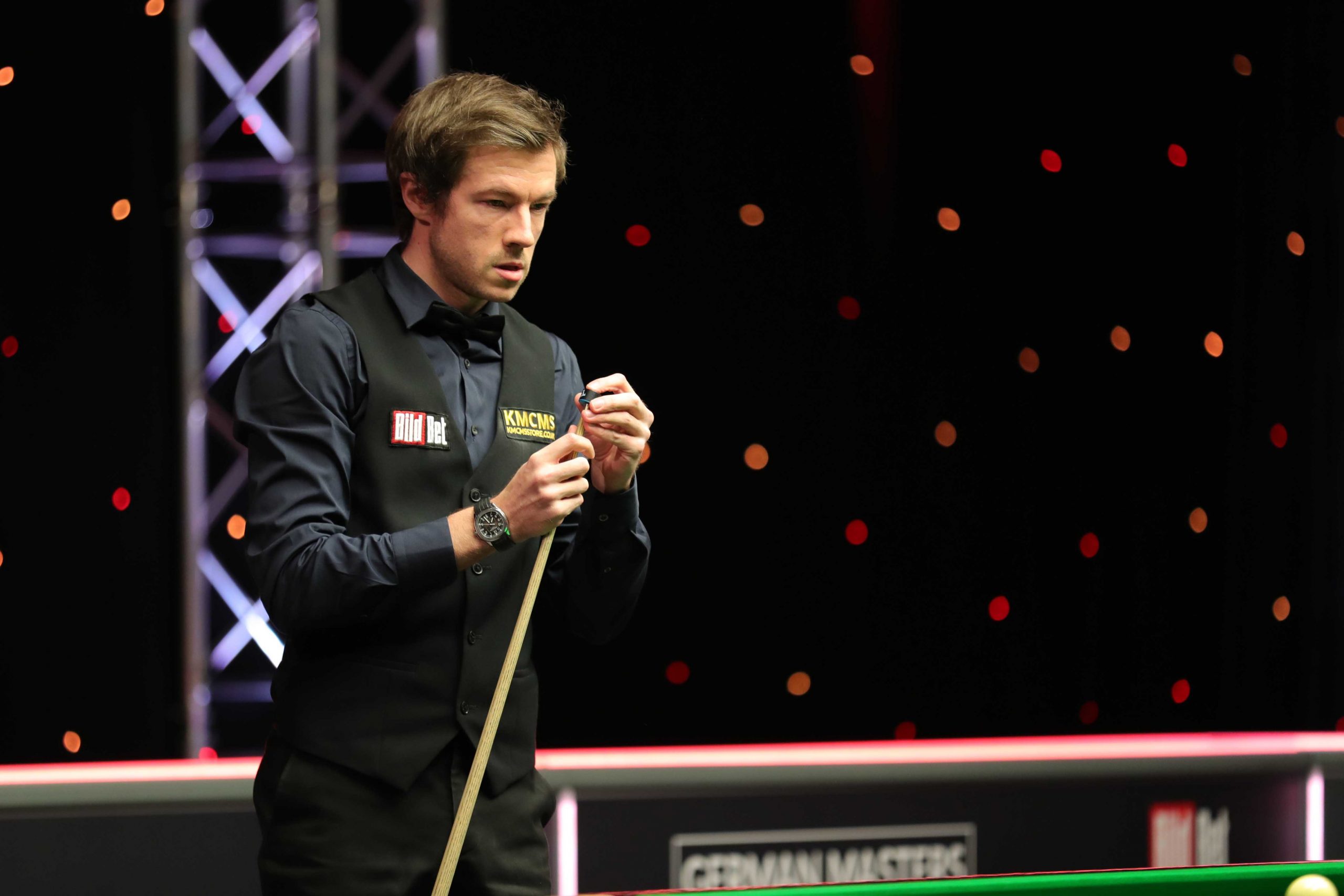 Lisowski admits that as he racks up more final appearances, the psychology of trying to get over the line becomes more complex. However, he remains determined to break down that barrier soon.

“I want to win one so badly and it has definitely become a bit of a monkey on the back. I don’t think I can say if I win one then trophies will come streaming in, but the consistency I have gives me a lot of confidence. In the past I could never have imagined getting to three finals in such a short space of time. That can only give me more belief.

“It’s your dream as a kid, you want to be the person lifting the trophy at the end of the week. This is my dream. The ultimate would be winning the World Championship, but anything would be a dream come true. It is a big thing for me personally. Sometimes in finals I’ve lost my concentration and started thinking about how it would feel to win. However, the difficulty is of course amplified when you are playing people like Judd Trump, Mark Selby and Neil Robertson, it doesn’t get any harder than that. They raise their game in finals. I need to learn from them and stop myself from thinking about winning. That isn’t as easy as it sounds. I just have to keep knocking on the door and it will come.”

Lisowski is one of the most attacking and fastest players on the World Snooker Tour. His new found levels of consistency have come without compromising on these attributes. Lisowski’s thrilling brand of snooker is something he doesn’t anticipate relenting on in the future, as he establishes himself as one of the world’s elite players.

“I don’t want to change that. I haven’t changed in terms of turning more shots down. I’m just consistent with my game and more accurate. I’m basically just playing better. I’m still going for my shots, but more of them are going in. I’m probably still going for one too many with the odd rush of blood to the head, but I’m not missing as much, so it is paying off.

“When I watch snooker, I like to see players going for their shots. It gets you on the edge of your seat. I feel like when I’m going for my shots, I am able to dictate the game a lot more. It is harder to play against, when someone pots a long ball which you don’t expect them to and they win the frame from it, that is hard to face. It leaves the game in your control. If you get negative, you can play all the right shots but eventually you need to pot them to win. You are trying to beat the other guy and bringing it to them rather than waiting for mistakes. It’s all I know at the moment.” 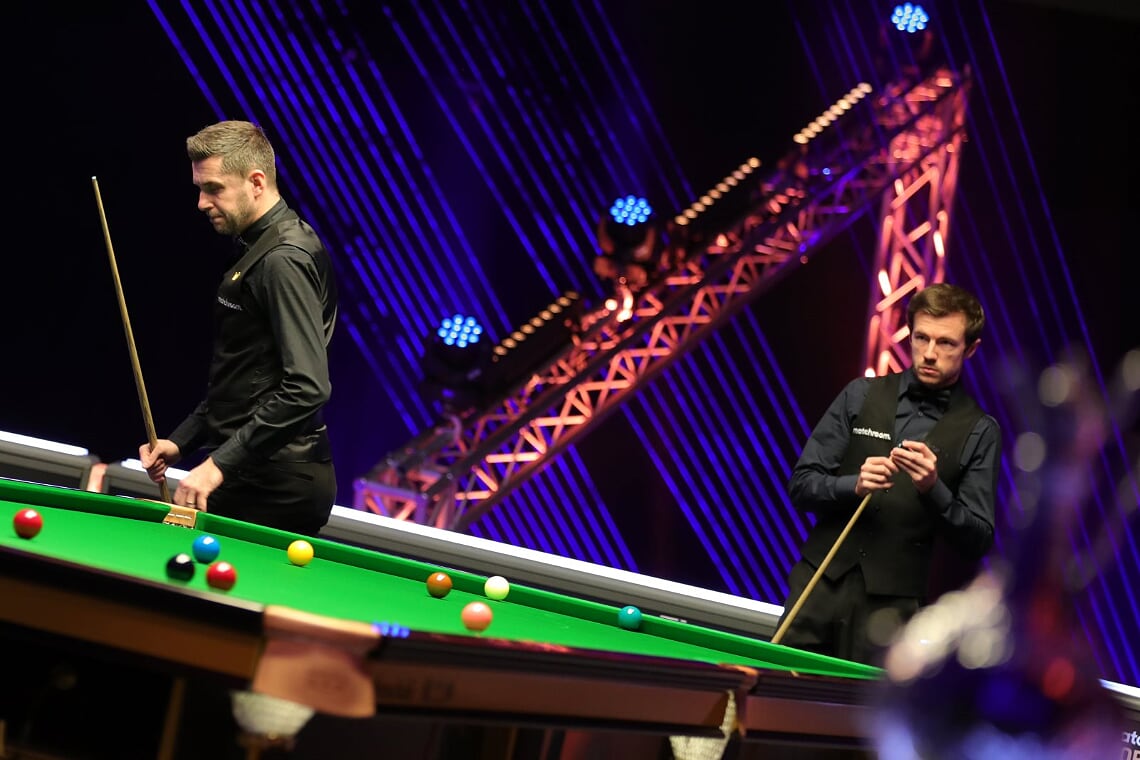 Lisowski is competing in the second phase of the WST Pro Series today, as he steps up his preparations for a blockbuster end to the season, with the Cazoo Tour Championship and the Betfred World Championship on the horizon.

Despite having now reached three finals, it has been an up and down year for Lisowski, who was forced to sit out the Masters in January due to a positive Covid-19 test. He struggled with his form in the early part of the season and puts this partly down to the pandemic and how it was affecting him.

Fans are now set to be present at the Crucible after the announcement that the World Championship would be a pilot event for the safe return of spectators at live sport. Lisowski believes that it will be an emotional moment walking out in front of fans at the Theatre of Dreams.

“I can’t wait for the World Championship. Everything is so intense there. If you win it is incredible and if you lose it feels like the end of the world. It is the best place to play. Snooker has done so well in this pandemic, but it is really nice to have got through this season and to have light at the end of the tunnel with fans at the Crucible. It will be emotional for all of the players. Everyone has had their own journey through the most crazy year ever. There have been so many ups and downs. Finishing it by playing in front of people at the Crucible means we will definitely be ending on a high. This time last year it felt like the world came to a stop, now we have come full circle. It feels like we are getting back to normal now.

“I think coronavirus beat me originally. I was making all of these excuses in the first part of the season, thinking negatively and looking for things to go wrong. Snooker can be a good life lesson, if you feel sorry for yourself then it will get on top of you every time. I’ve learned a lot about myself and got a lot tougher. I’ve turned my season around and realised you have to stick with things. We have all been in the same boat during this pandemic. A lot of people have had horrendous experiences which were far worse than mine, but it is also great to see how people have pulled together and I hope we are coming out the other side now. I’m so lucky to be playing snooker and the sport has emerged from this as strong as ever.”