Judd Trump provided more evidence that he has superseded Ronnie O’Sullivan as snooker’s most powerful force with a resounding 6-1 victory to reach the final of the matchroom World Grand Prix.

Trump has now won five of his last six matches against O’Sullivan, and tonight’s clash was the most one-sided of those meetings, as the younger man completely outplayed his opponent. Full of confidence, Trump made two centuries and three more breaks over 50 as he cruised into the final. 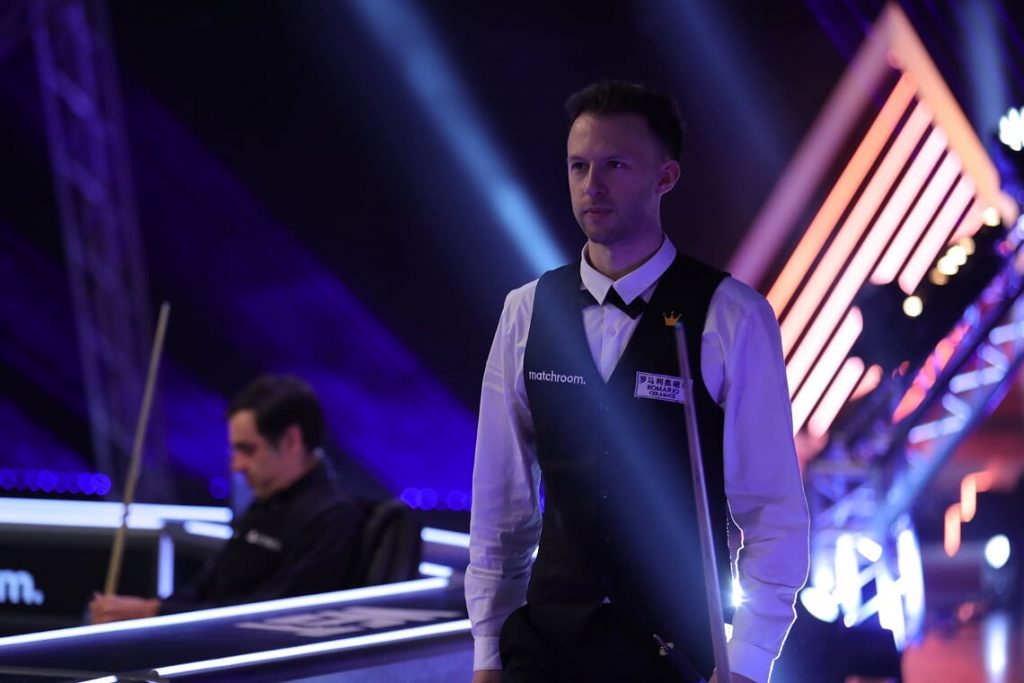 O’Sullivan may have won the World Championship in August, but Trump’s consistency over the past 25 months has been extraordinary. The world number one, fearless against any opponent, has won 12 tournaments over that period and reached four further finals.

On Sunday he will face Mark Selby or Jack Lisowski over 19 frames for the £100,000 top prize. Victory would give 31-year-old Trump his 20th ranking title and third of the season.

Bristol’s Trump took the first three frames tonight with a top break of 59. In the fourth, he missed a red to a top corner on 65, letting his opponent in for a 71 clearance to make it 3-1 at the interval.

That clearance proved the only highlight of the contest for O’Sullivan. Trump reeled off the last three frames with runs of 100, 107 and 69.

“I am somewhere near my best. But I strongly believe he will get back to his best soon. Everyone goes through spells where they lose confidence. You have to stamp on your opponent when he is down – Ronnie has done that to everyone in the past. I want to keep winning our matches to keep that doubt in his head. 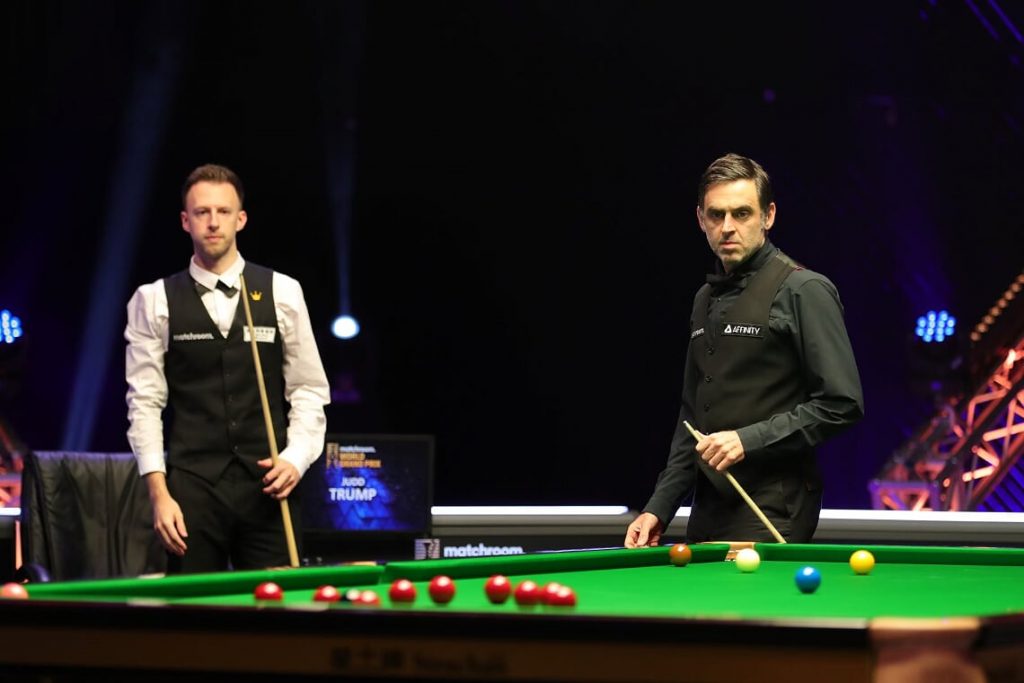 “There have been a lot of events this season, I have just been happy to be playing and enjoying snooker. That attitude has stood me in good stead. I have battled through matches when I have been behind and won a few deciding frames. Now there is one final hurdle of the year to get over.”

Asked who he would prefer to play in the final, Trump replied: “Mark Selby looks back to his best and I would like to test myself against him. But I’d be really happy for Jack Lisowski if he beats Mark and that would be an excellent final.”

O’Sullivan said: “The way Judd is playing at the moment, you have to bring your A game to have a chance. If you don’t, you can get beaten very heavily. He is cleaning up, the only player who can give him a game is Neil Robertson. Those two and Mark Selby will win the majority of the tournaments this season.”

Fans can vote for O’Sullivan in the BBC Sports Personality of the Year show which starts at 8pm on Sunday evening. For details of how to vote by telephone or online click here.