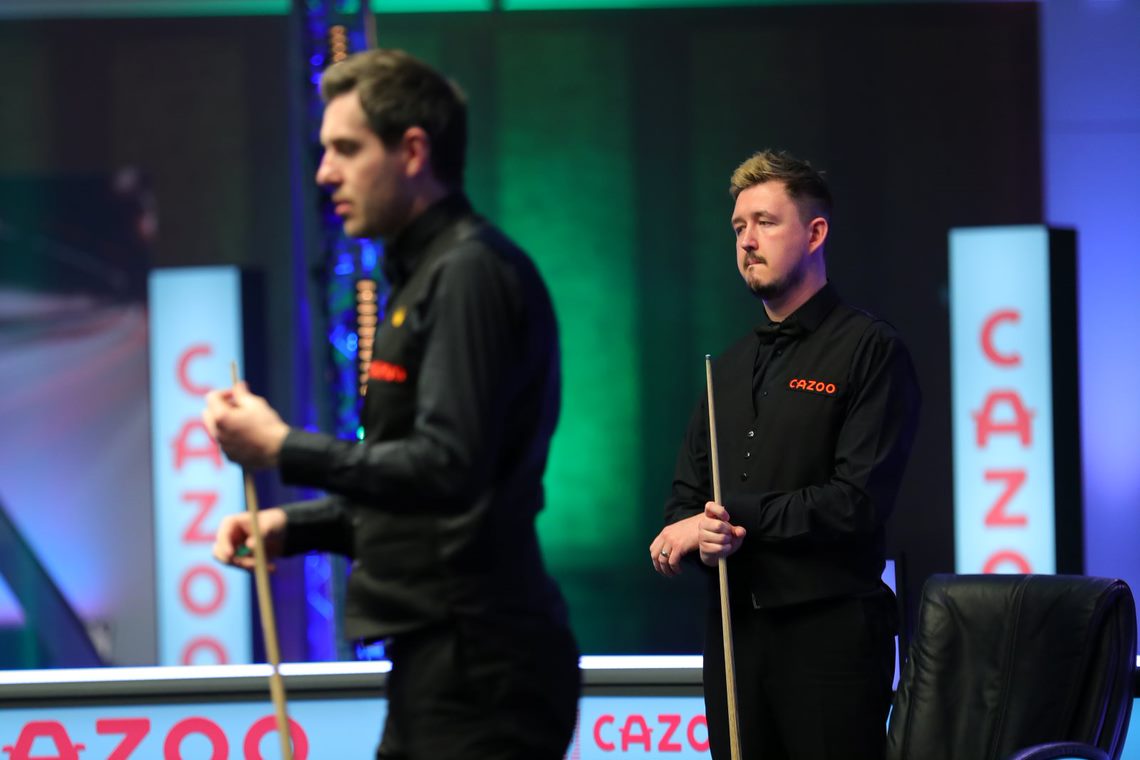 Mark Selby established a commanding 6-2 lead over Kyren Wilson after the first session of their Cazoo Tour Championship quarter-final.

World number three Selby has picked up two pieces of silverware so far this season, at the European Masters and the Scottish Open. The Jester from Leicester will be hoping he can secure a third this week and build momentum ahead of next month’s World Championship.

Wilson, who was Crucible runner-up last year, faces an uphill task in overturning the deficit this evening. The Warrior trails 19-time ranking event winner Selby 6-0 in head to head meetings.

Wilson claimed the opener this afternoon, before Selby hit the front with breaks of 109, 81 and 54 to lead 3-1 at the mid-session.

When play resumed Wilson pulled within a frame thanks to a break of 83. However, Selby added two on the bounce to move 5-2 ahead.

The final frame of the session looked to be going the way of Wilson, before he missed a thin black with the rest on 49. Selby ruthlessly stepped up and cleared with 67 to emerge with a 6-2 advantage.

The pair will return at 7pm to play the best of 19 encounter to a conclusion.