Jones: I Felt I Had Lost Everything

Two years ago, Jamie Jones was at his lowest ebb and was uncertain whether he would ever return to snooker’s highest level. Now back where he belongs, the Welshman beat Stephen Maguire 10-4 to reach the last 16 of the Betfred World Championship.

In October 2018, Jones was suspended from the tour for breaching betting regulations. He did not fix the outcome of matches himself, but failed to report knowledge of an arrangement involving another player. He spent almost two years away from the circuit, leaving his career on the baize in doubt. 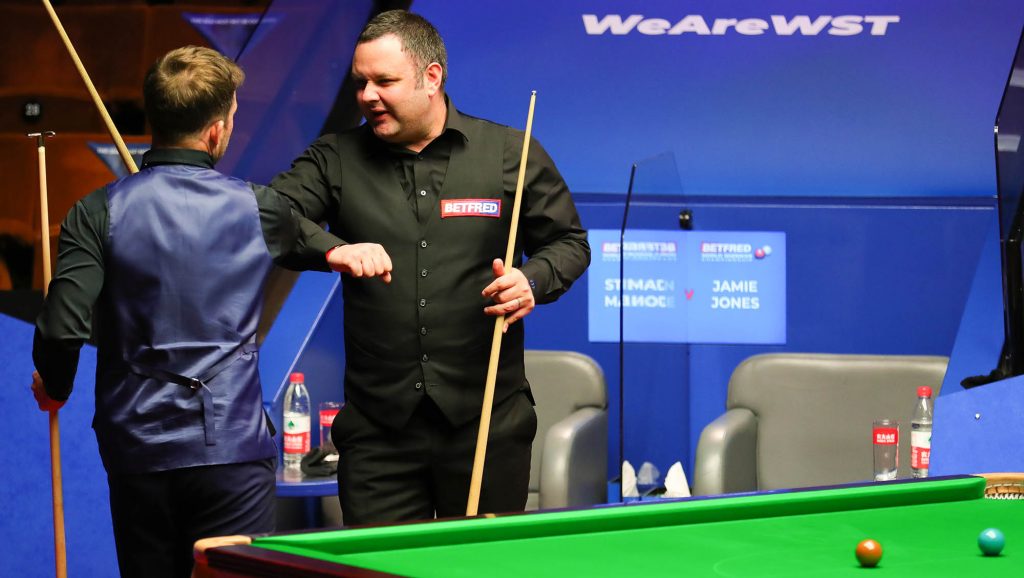 Having served his time, Jones regained his tour card via Q School last August, and now believes he is a better player than ever and is relishing the opportunity to make a fresh start. Already this season he has climbed to 69th in the world rankings and is now set to go much higher having won four matches in snooker’s biggest tournament.

“I am proud of myself,” said the 33-year-old. “I felt I had lost everything. I’d say to anyone going through difficult times, it’s important to talk to people and make positive choices, which I did.”

Jones is no stranger to the Crucible’s business end – he reached the quarter-finals on his debut in 2012. And this time he goes into his clash with Stuart Bingham or Ding Junhui full of belief.

Maguire, by contrast, heads back to Scotland demoralised, having lost in the first round in Sheffield for the eighth time in the last 11 years. The world number eight has had a disappointing season, going beyond the last 32 of just one ranking event.

Jones led 5-4 overnight and soon extended his lead to 7-4 with breaks of 73 and 81. Maguire had chances in each of the next three frames but struggled to control the cue ball and made a top break of just 22 during the session. Jones compiled runs of 43, 65 and 48 as he took all three frames for victory.

“It’s a fantastic win for me,” added the Neath cueman. “It’s always special to play here. I felt as comfortable out there tonight as I ever have. I felt as calm as you can be under pressure. It was a nice feeling.

“You can’t compare the player I am now to the way I was in 2012. I am a much more rounded player now. Even at 9-4 up I was prepared to wait, and make it difficult for Stephen. That comes with experience.

“Having come through the qualifiers, I am under less pressure and expectation. I can just really enjoy the experience and I love the longer matches. I have come so far in a short space of time this season and now I am riding the wave.”

Maguire said: “I’m frustrated. I don’t think there’s a word for how I played. If there is a word, I’d get fined! I didn’t do anything in the whole match. Jamie upped his game from 3-1 down. I wasn’t good enough. I lost trust in my cue action and everything I was doing. I’ll have to keep the TV off for the next two weeks. I said to Jamie at the end it’s good to have him back.”